The attack struck the rebel-held town of Khan Sheikhoun in northern Syria. The UK, France and the US have proposed a UN Security Council resolution to condemn the attack.

The UK, France and the US have proposed a UN Security Council resolution to “condemn in the strongest terms the use of chemical weapons”. The draft calls on the Organisation for the Prohibition of Chemical Weapons to report its findings on the attack in Idlib province.

Mr Johnson was talking to the media prior to the international conference on Syria. The UK is co-hosting the major aid-pledging conference for Syria in Brussels, with Foreign Secretary Johnson and International Development Secretary Priti Patel attending the event. Earlier Prime Minister Theresa unveiled a £1 billion aid package to help refugees and host countries. 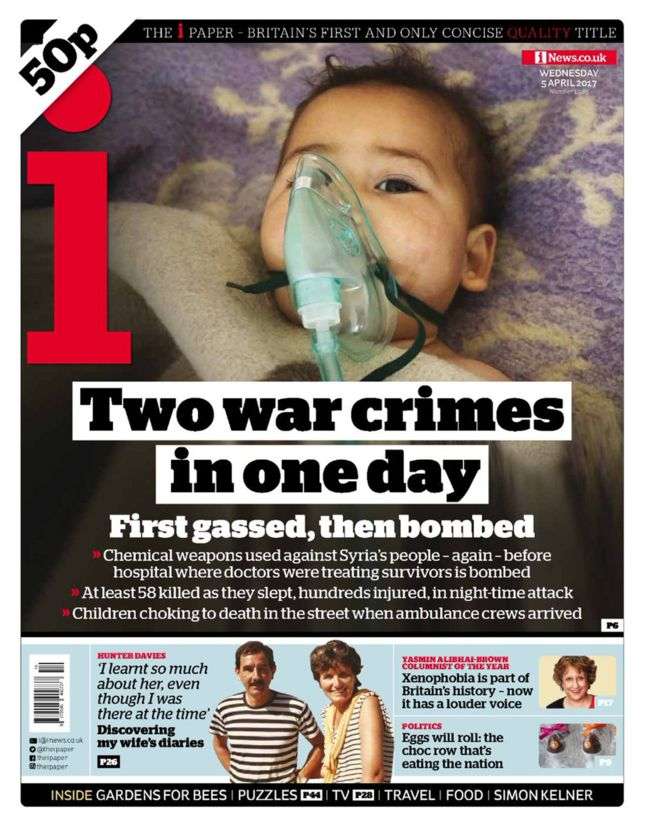 Meanwhile, the Russian defence ministry said the gas contamination was the result of a leak from a rebel chemical weapons depot hit by government air strikes.

Mr Johnson has said he is determined for the conference to “step up international assistance to the most vulnerable people affected by the conflict”.

“The UK condemns the use of chemical weapons wherever and by whomever they are used and we will continue to lead international efforts to hold perpetrators to account.  We continue to support the work of the Organisation for the Prohibition of Chemical Weapons and will work closely with them as they seek to investigate this latest incident.

“If this is shown to be the work of the regime, it is further evidence of the atrocities perpetrated against the Syrian people over six years of appalling conflict.”

Commenting on the UK co-hosted Syria conference in Brussels, the Foreign Secretary said:   “It is vital that the international community continues to support the Syrian people. I am determined that the conference which the UK is co-hosting in Brussels steps up international assistance to the most vulnerable people affected by the conflict. The UK is playing a leading role, with the Prime Minister’s announcement of a £1 billion package the latest element of our vital support.”