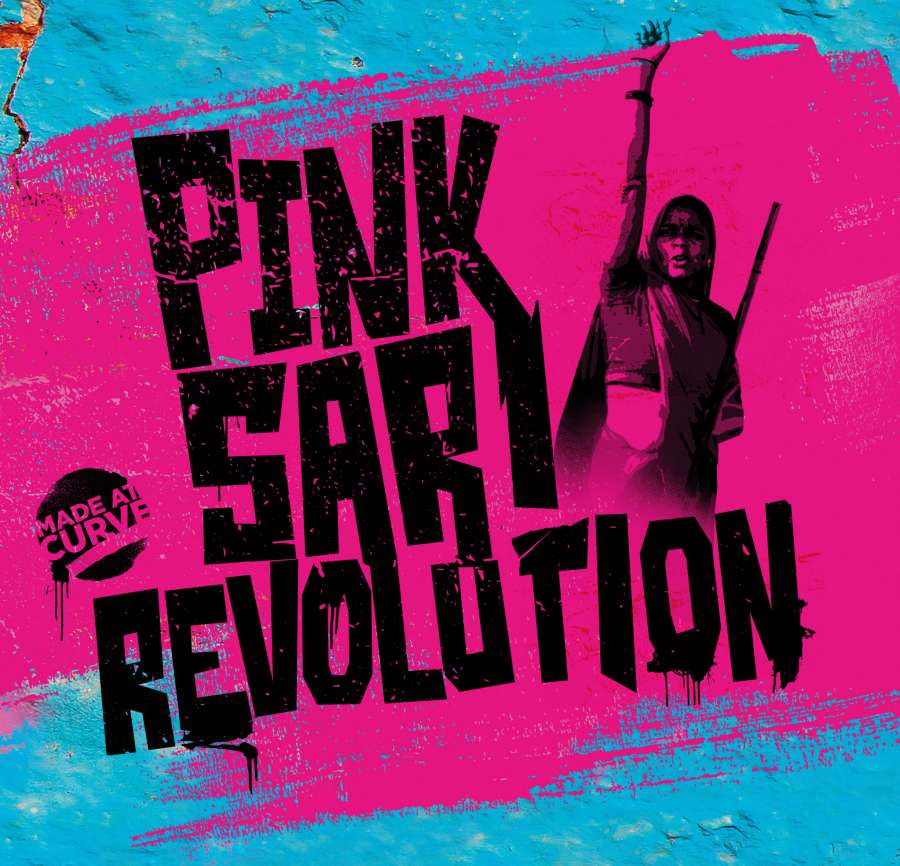 To mark International Women’s Day, Curve is delighted to announce the on sale and UK tour for Pink Sari Revolution, a co-production with Belgrade Theatre Coventry and West Yorkshire Playhouse, in association with English Touring Theatre. This true story based on the book by internationally renowned journalist Amana Fontanella-Khan will have its world premiere at Curve (27 Sep – 7 Oct) and will then travel to Belgrade Theatre Coventry (11 – 22 Oct), Northern Stage (31 Oct – 4 Nov), and West Yorkshire Playhouse (7 – 11 Nov).

Directed by Curve Associate Director Suba Das and adapted for the stage by Purva Naresh, this Made At Curve production has been produced following an extensive period of research and development both in Leicester and in India, enabled by Arts Council England as part of its Reimagine India funding programme. Pink Sari Revolution is also presented as part of UK/India 2017, a yearlong celebration to mark India’s 70 years of independence and showcase British and Indian creativity.

Curve Chief Executive Chris Stafford and Artistic Director Nikolai Foster said in a joint statement: “We are delighted to be producing the world premiere of Pink Sari Revolution at Curve this autumn, collaborating with our partners from Coventry Belgrade & West Yorkshire Playhouse. Pink Sari Revolution is a call to arms, based on the real life story of Sampat Pal, who with 400,000 Indian women have made a stand for gender equality and equal rights. Our Associate Director Suba Das and a team of award winning artists have been working alongsid

Playwright,Purva Naresh said: “It is incredible for a playwright to tell the story of someone as extraordinary, complex and divisive as Sampat Pal. As a woman even more so. I am thankful to Curve, Suba Das and Amana Fontanella-Khan for making it possible for a young, international team to put this living icon on stage.”

This Made At Curve production will receive its world premiere at Curve and will be created by a unique collaboration of award-winning Indian and British Asian artists. Fusing together drama, music and movement Pink Sari Revolution is a true story based on the book by internationally renowned journalist Amana Fontanella-Khan and meetings with Sampat Pal.