The world’s biggest banks are continuing to fuel climate change through the financing of “extreme” fossil fuels at a rate that will push the planet beyond the climate change limit agreed upon at the Paris Climate Change Conference in 2015, a new report has found….A special report by Soumya Sarkar for Asian Lite News 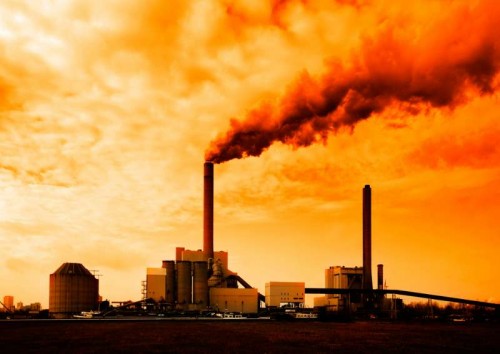 In the three years ending December 31, 2016, as many as 37 international banks financed 158 companies $290 billion for their “extreme” fossil fuel activities, said the Banking on Climate Change: Fossil Fuel Finance Report Card 2017 released by Rainforest Action Network, BankTrack, Sierra Club and Oil Change International in partnership with another 28 organisations around the world.

The analysis found that global banks funnelled $92 billion to extreme fossil fuels in 2014. The number rose to $111 billion in 2015 and fell to $87 billion in 2016. “While this 22% drop over the last year is a move in the right direction, the $290 billion of direct and indirect financing for extreme fossil fuels over the last three years represents new investment in the exact sub-sectors whose expansion is most at odds with reaching climate targets, respecting human rights, and preserving ecosystems,” the report said.

“While the drop-off is a move in the right direction, it is vital that this becomes an accelerating trend and not a blip.”

The recent fall in funding for extreme fossil fuels has run parallel to growing public pressure on banks to stay away from these projects and companies. It is also testimony to the fact that clean technologies are becoming increasingly cheaper and are increasing their market share. Solar and wind power are now the cheapest sources of new electricity supply in many parts of the world. Emerging markets are leapfrogging the developed world, thanks to cheap solar panels, according to a Bloomberg report.

Although investments declined in 2016, 12 of the 37 banks tracked in the report increased their financing to the top extreme fossil fuel companies from 2015 to 2016, after the Paris Agreement was inked. These include Australia and New Zealand Banking Group (ANZ), Bank of America, Bank of Montreal, Barclays, China Construction Bank, Citigroup, JPMorgan Chase, Mizuho Financial Group, Santander, Toronto-Dominion Bank, UBS and UniCredit.

“Right now, the biggest Wall Street funder of extreme fossil fuels is JPMorgan Chase. In 2016 alone they poured $6.9 billion into the dirtiest fossil fuels on the planet,” Lindsey Allen, executive director of Rainforest Action Network, said in a statement. “For a company that issues statements in favour of the Paris Climate Accord, they are failing to meet their publicly stated ambitions.”

Amid the gloom and doom, the dramatic decline in coal power capacity under construction offers some hope. This decrease has been driven largely by severe restrictions imposed by the Chinese government and by rapidly shifting policies and economics in India, showed a survey by the Global Coal Plant Tracker. This construction slowdown is accompanied by a fast rate of coal plant retirements in wealthier nations, according to Boom and Bust 2017, a March 2017 report by CoalSwarm, Sierra Club and Greenpeace.

The shift means that the goals set in the Paris Agreement — keeping global temperatures well below a 2°C increase and aiming for 1.5°C — could now be possible, but only if thermal power plants are retired much faster and if on-hold construction are not restarted, said the latest Fossil Fuel Finance Report.

“Because of the plummeting cost of renewables, the growing reluctance of governments to pollute cities, and the continued international push to limit climate change, banks must take notice that financing companies that develop coal power anywhere is both risky and harmful,” the report said.

World coal consumption peaked in 2013, according to a 2016 report of the Institute for Energy Economics and Financial Analysis, but by 2016, it had fallen for the third straight year. The chief driver of this trend is China, where the 13th Five-Year development plan for the country’s coal industry stated that no new coal mining projects would be approved from 2016 to 2018. China also plans to spend more than $360 billion by 2020 on renewable energy. This is in part driven by public alarm about the heavy pollution inflicted on many major cities by the burning of coal, according to a 2016 study.

In India, concerns over the public health impacts of coal have led to dozens of coal plants being switched off, coal stockpiles rising, and a reality check for aggressive government plans to triple domestic coal mining by 2020. Currently about one-third of India’s 211 GW of installed thermal power capacity, mostly coal plants, is lying idle. “Falling capacity utilisation translates into losses and inability of new power plants to service interest costs, leading to non-performing assets at banks,” an anonymous analyst told the Economic Times newspaper.

There are now at least 14 major international banks that have ruled out direct financing for new coal mines. This is perhaps seen in the financing of the controversial Carmichael coal mine project in in Queensland’s Galilee Basin in Australia proposed by India’s Adani Group. Over a dozen banks have refused to bankroll the project. Another dozen have introduced coal mining policies that by default rule out support for the mine, the latest being the Australian bank Westpac, according to a report in the Guardian newspaper.

This is a significant indication of advancing bank policies on coal mining, the sector where the greatest number of such restrictions on financing are now in place, said the banking finance report.