Suicide is increasing in the younger generation due to the influence of the social media, peer pressure, alcohol and drug usage….A special report by A. Shekar Reddy for Asian Lite News

“Suicide” is derived from the Latin word for “self murder”. It is a final act that represents the person’s wish to die. There is a range, however, between thinking about suicide and acting it out. Some persons have the idea of suicide but they will never act on it; some plan for days, weeks or even years before acting out. Others take their lives seemingly on an impulse, without premeditation.

Lost in definition are intentional misclassification of cause of death, accidents of undermine cause and the so-called chronic suicides. For example: death through alcohol and other substance abuse, consciously poor adherence to medical regimes for diabetes, obesity & hypertension.

Men commit suicides more than four times as often as women; however, women are four times more likely to attempt suicide than men. The men’s higher rate of completed suicides is because of the methods they use — firearms, hanging or jumping from heights. Women more commonly take overdoses of psychoactive substances or poison.

Globally, the most common method of suicide is hanging. The suicide rate increases with age and underscores the significance of the midlife crisis. Among men, suicides peak after 45 and among women after 55. The suicide rate, however, is rising more rapidly among young males and females aged 15-25 due to parental pressure. 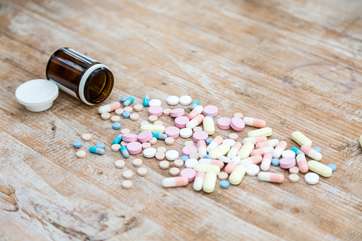 Singles, divorced, never married, widowers and widows are more prone to commit suicide. Persons who commit so-called “anniversary suicides” take their life on the day a member of the family died. Unemployment is another risk factor. Among doctors it is the anesthetists followed by psychiatrists who commit the most suicides. Climate also has impact: that is why the suicide belt mostly includes the Scandavian countries.

Physical afflictions like cancer and HIV increase the risk. In mental illnesses, suicide is high in schizophrenics, those with depressive disorders, dementia and delirium, or those addicted to alcohol and drugs.

Suicide also runs in families (genetic factor). “Para-suicidal” is a term introduced to describe patients who injure themselves through self-mutilation but usually they do not wish to die.

To prevent suicides in society, everybody has to observe their family members, classmates, colleague’s behavioral changes. Usually the person who wants to commit suicide will always give hints to their near and dear ones. So once we notice this, we have to talk to them empathetically and approach a psychiatrist.