Prenatal exposure to maternal fever may raise the risk of autism for the child….reports Asian Lite News 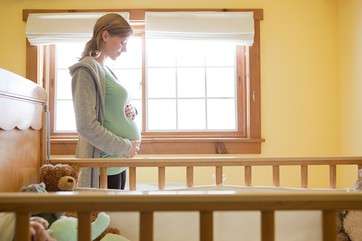 Every Trimester of Pregnancy is as important as the other, and has its own significance and delicacy. However, second trimester is the period when one goes through most of the changes.

Babies prenatally exposed to maternal fever during the second trimester are likely to be at 40 per cent raised risk of developing autism spectrum disorder, a study has claimed.

The findings showed that for children of women reporting three or more fevers after the 12th week of pregnancy, the risk of autism increased by over 300 per cent.

“Our results suggest a role for gestational maternal infection and innate immune responses to infection in the onset of at least some cases of autism spectrum disorder,” said first author Mady Hornig, Associate Professor at the Columbia University in New York, in the US.

For the study, appearing in the journal Molecular Psychiatry, the team followed 95,754 children born between 1999 and 2009, including 583 cases of ASD identified in Norway.

Mothers of 15,701 children (16 per cent) reported fever in one or more four-week intervals throughout pregnancy, ASD risk was increased by 34 per cent when mothers reported fever at any time during pregnancy, and by 40 per cent in the second trimester.

The risk increased in a dose-dependent fashion from 1.3-fold with one or two fever episodes after the twelfth prenatal week to 3.12-fold with three or more episodes, the researchers said.

In addition, the risks were found to be minimally mitigated among the children of women who took acetaminophen — anti-fever medications — for fever in the second trimester.

And no cases of autism were reported among children of mothers who took ibuprofen, a nonsteroidal anti-inflammatory drug.

“Future work should focus on identifying and preventing prenatal infections and inflammatory responses that may contribute to autism spectrum disorder,” noted W. Ian Lipkin, Professor at the Columbia University.