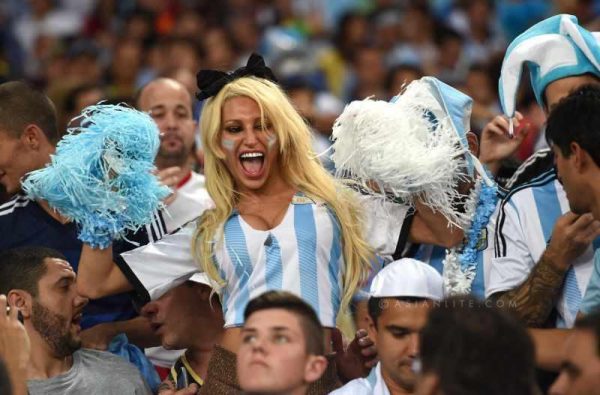 Argentina topped Brazil 1-0 in a friendly football match, auspiciously kicking off Jorge Sampaoli’s tenure as head coach of the Albiceleste.

Defender Gabriel Mercado got the lone goal of the contest in the 44th minute. He finished off a play that was set up by a brilliant pass from Angel Di Maria to Nicolas Otamendi, whose bouncing header hit the upright and ricocheted to the Sevilla defender for an easy score, reports Efe.

Both teams had chances to open the scoring in the early going, with Di Maria hitting the post in the seventh minute before Brazil responded with a clear goal-scoring opportunity in the 23rd minute that was snuffed out by Otamendi and goalkeeper Sergio Romero.

Brazil also proved dangerous in the second half even without the services of stars Neymar, Dani Alves and Marcelo but was unable to get on the scoreboard.

Philippe Coutinho failed to turn an outstanding individual effort into a score in the 59th minute, while three minutes later Gabriel Jesus and Willian both missed out on golden opportunities for the equalizer.

First, Gabriel Jesus beat the goalkeeper but clanked his shot off the left upright and then Willian blasted the rebound off the right upright.

Although Brazil can be content to know it played virtually even with Argentina without Neymar, the squad now has injury concerns after Gabriel Jesus was elbowed by Otamendi and carried off the field.

For Argentina, the debut win under Sampaoli was a dose of optimism for a side that has struggled thus far in qualifying for the 2018 World Cup in Russia.

With four games remaining, Brazil is comfortably in first place while Argentina is battling to secure one of the other three direct berths from the South American region.