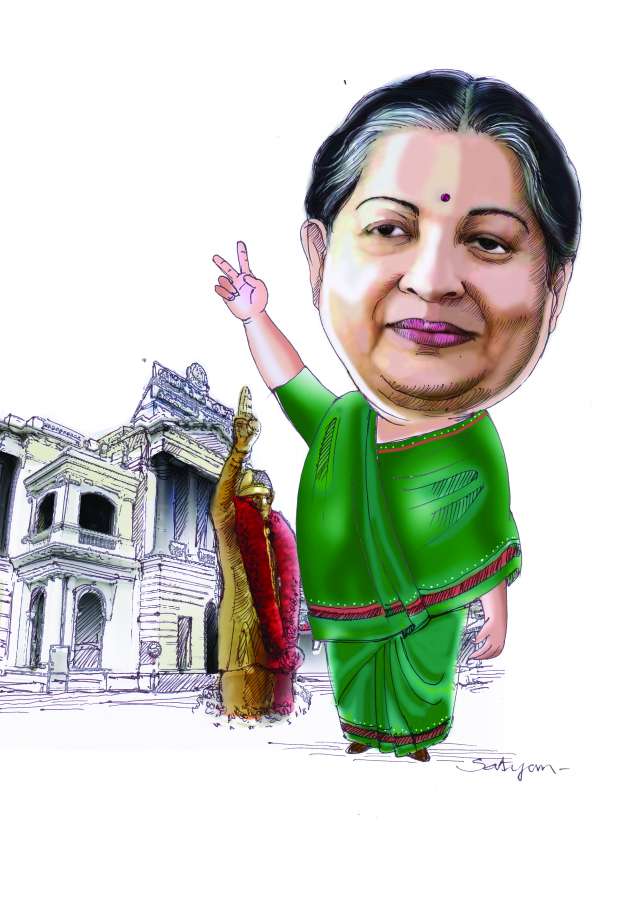 AIADMK General Secretary V.K. Sasikala on Wednesday accused acting Tamil Nadu Chief Minister O. Panneerselvam of “betrayal” after he refused to back her plans to head the government.

Addressing her supporters, Sasikala accused Panneerselvam of committing an “evil act” by covertly joining hands with the DMK to undermine the ruling AIADMK.

“I faced so many betrayals in the 33 years I have lived with Amma,” she said, referring to former Chief Minister J. Jayalalithaa who died on December 5.

“Amma was my God for 33 years during which there were many ups and downs, many calamities.

“I have overcome all those and we will overcome this one too… I swear this in the name of Amma.”

Sasikala spoke after Panneerselvam alleged on Tuesday night that he was forced to resign on Sunday as Chief Minister by Sasikala.

Speaking in an aggressive tone, Sasikala said the “enemies” of the AIADMK were coming one after the other “but they will only face defeat”.

Sasikala, a long-time confidante of Jayalalithaa who has been elected leader of the AIADMK legislature wing, said she “won’t tolerate betrayal”.

“This is a deceitful plan of the DMK,” she said, referring to DMK leader M.K. Stalin’s vociferous opposition to her attempts to become the Chief Minister of Tamil Nadu.

“For the last two months, Panneerselvam has been collaborating with opposition forces but I ignored all that.”

Referring to Panneerselvam’s decision to oppose Sasikala, she asked: “Why did he keep quiet all these days? Was he being backed by the DMK?”

“Our enemies are acting to undermine us. That is why we are seeing the events of the last few days…

“Nobody will believe that I forced him to resign as Chief Minister. Not the people, nor the (AIADMK) cadres.

“As General Secretary, I am willing to forgive him but what happened yesterday crossed all boundaries.

“People trying to split us will not succeed… The AIADMK won’t break, nor will I break.”