After much speculation over its built and specifications over past few months, South Korean giant Samsung launched its flagship device, Galaxy S8, that has a voice assistant….reports Asian Lite News 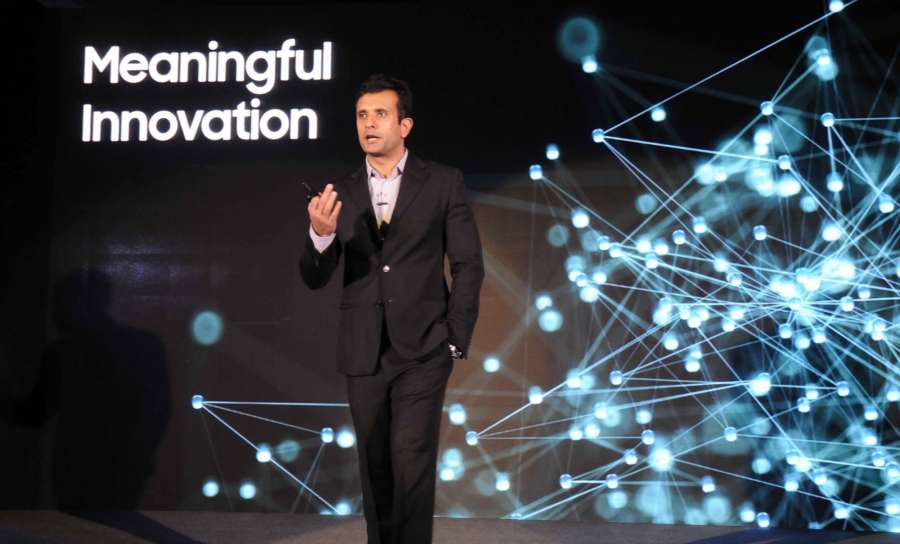 The device comes in two variants with different screen sizes — the 5.8-inch Galaxy S8 and 6.2-inch Galaxy S8 Plus – and will be available from April 21. Registrations begin from March 30. The device might be priced from $720 (approximately Rs 47,000).

Samsung will release these devices in India in the coming months.

Samsung also revealed Bixby, a smart voice assistant to rival Apple’s Siri and Google’s Assistant. With a perfect amalgam of voice, vision and touch, Bixby can search restaurants, take screenshots and even book a cab for you.

The technology giant has used the best hardware and provided the best features available to date in the device.

The device has a bezel-less curved edge “infinity display” covered with pristine glass and a 12MP rear camera with multi-frame processing and optical image stabilisation. It has an 8MP auto-focus front shooter.

The device is IP68 rated, meaning it is water and dust resistant. The company has also upped the security feature with iris scanner, face recognition and fingerprint scanner – moved to the back of the device – to unlock the device.

The home button has been shifted beneath the “infinity display”.

According to The Verge, while Galaxy S8 comes with a 3,000 mAh battery, the Galaxy S8 Plus is fitted with 3,500 mAh battery pack. The devices run on Android 7.0 Nougat and have USB-C and 3.5mm headphone jacks.

The company also launched Samsung Connect app that would allow users to control a number of internet-connected home devices such as TVs or refrigerators. It also unveiled new Gear 360 camera.

There’s a lot riding on Samsung S8 devices due to the Galaxy Note 7 fiasco. Samsung ultimately killed that smartphone after two recalls, both related to issues with faulty batteries.

At MWC in Barcelona this year, Samsung announced its innovative “I&G (Infill & Growth) Project” for Reliance Jio Infocomm Ltd that will help expand both the current network capacity as well as network coverage.