Far from Maharashtra, Marathi flourishes Down Under… A special feature by Quaid Najmi to – May 1 – the Maharashtra Day 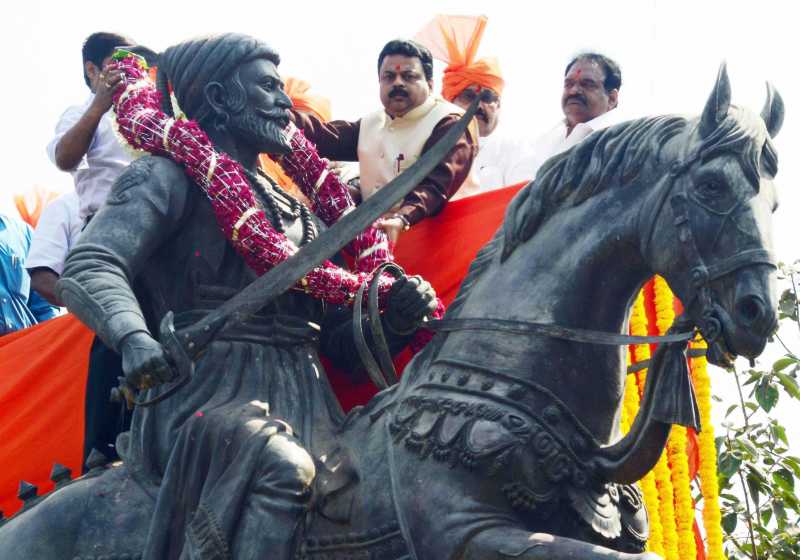 A group of migrant Maharashtrians, separated by some 10,000 km of oceans and nations, have joined hands to keep Marathi language, culture and traditions alive in far away Australia.

The brainchild of the Marathi Association of Sydney Incorporated (MASI), the Australian Marathi Vidyalaya (AMV) was founded in 2008 with just a dozen-odd students grappling with the strange-sounding “foreign mother tongue” of their parents.

After the modest beginnings, the AMV has now grown into four flourishing centres for Marathi learning with around 150 students (40 per cent girls) in different age groups in Sydney and Wollongong, AMV President Arun Ghatge told IANS in a series of social media chats.

“These are essentially weekend schools, recognised and funded through grants from the New South Wales Department of Education and Training – – Community Language Programme (NSW-DET), and governed by their rules and regulations in all aspects,” Ghatge added.

These have proved to be a boon to the approximately 150,000-strong community of Maharashtrians, mostly first, second or even third generation migrants settled on the East Coast since decades.

Arriving in an alien land and to a different culture, many of the home-sick Maharashtrians took refuge by celebrating and enjoying festivals like Holi, Shiv Jayanti, Gudi Padva, Kojagiri Poornima, Diwali, Ganeshotsav and the like, besides holding small cultural gatherings and functions.

“However, the younger generations and those born in Australia were completely severed from their rich Maharashtrian and Indian cultural traditions… making us think of a formal approach integrated with their regular schooling, to imbibe the best of both worlds,” Ghatge said.

“The problems get compounded when grandparents visit them in Australia but simply can’t communicate with them and vice-versa, when the kids visit their homes in different parts of Maharashtra.

“Both ways, they seemed lost, and were virtually strangers under one roof. Now, we are creating a great link between our doting parents and their beloved grandchildren by breaking the language barrier,” said 45-year old Ghatge, who migrated in 2005.

The AMV launched the weekend schools, which are gaining popularity within the local community, not for “textbookish” knowledge, but using more of “learn thru fun” methodologies, and without disturbing or overburdening the children’s regular schooling in mainstream Australian schools.

“We charge them a nominal fee of 150 Australian dollars per annum, or roughly Rs 7,500, though the major portion of our expenses are covered by NSW-DET,” Ghatge explained.

AMV is supported by around 25 regular and back-up teachers — trained and government-approved — at its centres in Western Sydney, South West Sydney Region, Wollongong and North Shore, and is a member of the umbrella organisation for community languages in the Association of Illawarra Community Languages Schools Inc.

Currently, the students are taught their mothertongue from Kindergarten to Class VI, with the vision to expand up to Class XII, by when Ghatge hopes Marathi would be accorded the official status of a “foreign language” in mainstream schools, and which would be available to all Australians on the lines of French, German, Spanish and Chinese.

The AMV teaches the essentials of Marathi language — oral, written and communication skills — and provides insights into the relationship between language and culture; it explores Marathi with the correct application of linguistic structures and vocabulary, and develops the students’ knowledge and understanding of their cultural heritage in a foreign land, using selected prescribed Marathi textbooks and literature.

At the end of each year, the students undergo examinations and are awarded certificates based on their performances, an event at which many turn up in traditional Maharashtrian attire.

“The changes among the younger generation are obvious. Compared to many years ago, now when the grandparents and grandchildren meet either in Australia or India, they have an instant emotional connect because of Marathi… Many seniors visiting us from India are moved to tears hearing their Australian-born grandchildren conversing properly, though accented, in their mother tongue,” Ghatge added.

Interestingly, the Australian East Coast supports over 100 different cultural and linguistic groups from all over the world living harmoniously, including Indians. Besides Marathi, there are a handful of similar such schools for Hindi, Punjabi, Tamil and Kannada languages which impart education to children in their mother tongues and have proved equally popular.

“Now, the gen-next is able to better comprehend the rich culture, traditions, language, literature and legacy of their forefathers back in India — adhering to our motto ‘Language keeps you in touch with your culture’ strongly,” said Ghatge.