Aditi Rao Hydari, who has collaborated with filmmaker Mani Ratnam for the second time, says she always wanted to be a Mani Ratnam heroine…reports Asian Lite News 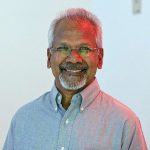 The actress, who started her acting journey in 2006 with the film “Prajapathi”, had previously worked with Ratnam in “Kaatru Veliyidai”.

Ever since her debut, she has worked with finest filmmakers like Ratnam, Omung Kumar and Sanjay Leela Bhansali. Apart from Tamil, she has also featured in Malyalam, Telugu and Marathi cinema.

Asked how does she look at her filmography consisting of work by such great names, Aditi told IANS here: “I feel really blessed because for somebody who does not know the industry… I have not grown up watching too many films but I just had this dream and in fact that dream was a little girl’s dream when I saw Mani sir’s film…. I saw Mani sir’s ‘Bombay’ and I wanted to be a Mani sir heroine.”

They will also work together in the upcoming Tamil film “Chekka Chivantha Vaanam”.

She said her “intentions have always been to work with directors who inspire me and I respect”.

“People who can actually challenge me and push me and almost push me to breaking point and extract a performance out of me. I really enjoy that,” added the actress, who made her debut in Tamil in 2007 with “Sringaram”.

She said she feels blessed.

“I feel that I don’t know anything, I don’t know how to act but I can surrender myself to a director I respect and love. I feel very lucky to be a part of their visions,” Aditi added.

The “Bhoomi” actress has signed her fourth Tamil film, which will be helmed by renowned filmmaker Mysskin.

Talking about the director, she said: “He has a very unique voice and very unique way of storytelling and is an amazing writer. He makes a lot of thrillers. I have not done too many thrillers and I am just very eager to work with a director like that who is very different from the kind of directors I work with.”

The 31-year-old actress hopes Mysskin shows her “very differently because of the kind of film that is”.

“I am very excited… He is a very interesting and fun kind of a person. He’s full of ideas,” she added.

But will Mysskin’s movie help in breaking her beautiful girl-next-door image?

“What you are is what you are and I don’t think you should ever fight it. But as an actor, I feel lucky to play different parts. I am looking forward to play a different part but ultimately I have to make it my own. So, I have to approach it from my way.”