The EU and the US have been publicly criticizing Sisi’s government for its human rights abuses and lack of transparency based on democratic principles. The West often threatens to suspend financial assistance unless President Sisi acts to correct his government’s record on human rights….writes Alon Ben-Meir

The re-election of Egypt’s President Sisi came as no surprise. Despite irregularities at some polling stations, President Sisi won handedly because he remains the most popular president, and perhaps for good reason. A clear majority of Egyptians feel that unlike any of his predecessors, Sisi is dedicated to improving the socio-economic wellbeing of the people. Although he made tangible progress on the economic front, the impact has not been significant enough given the magnitude of Egypt’s dire economic conditions. Egypt remains saddled with a serious trade deficit, escalating national debt, and weak industrial base.

No president, regardless of his political ideology, commitment, or determination, can overcome these national challenges without massive financial aid, substantial increase in foreign investments, considerable increase in tourism, and sustainable development projects in particular.

The EU and the US have been publicly criticizing Sisi’s government for its human rights abuses and lack of transparency based on democratic principles. The West often threatens to suspend financial assistance unless President Sisi acts to correct his government’s record on human rights. There are obviously no excuses for committing human rights violations under any circumstances, and the Egyptian government must take every measure required to address such violations while showing political transparency.

The question is how to help Egypt economically while simultaneously charting a new course to address human rights violations, which is extremely sensitive to Sisi’s government and to himself.

Top Egyptian officials tell me that the West’s public rebuke and criticism only paints their president into a corner and puts him on the defensive. They prefer that concerns over human rights violations be addressed behind the scenes in order to not embarrass and weaken Sisi’s position in the eyes of the public.

The problem is that the scope of Egypt’s economic disparity, the lack of democratic traditions, and entrenched bureaucracy make it impossible to institute social, economic, and political reforms, especially when the population is growing exponentially and financial resources are limited.

The following statistics clearly highlight the uphill battle Egypt is facing and point to the priorities the government should pursue to address its socio-economic malaise, while at the same time mitigate the problems related to human rights violations.

Egypt’s current total foreign debt is over $80 billion. It receives on the average $9 billion annually in financial aid from foreign countries (that it does not need to repay). In addition, Egypt generates a little over $4 billion in annual revenue from the Suez Canal, and a similar amount from tourism. The International Momentary Fund (IMF) has recently approved a $12 billion loan to be divided over a three-year period. Egypt’s annual GNP is approximately $345 billion. In 2017, Egypt’s trade deficit was approximately $36 billion, importing roughly $58 billion and exporting just over $22 billion.

Of Egypt’s total population of almost 100 million people, the poverty rate exceeds 27 percent. Unemployment hovers around 13 percent (for youth under 30, it is 31 percent). There are 2.1 million children under age 5 who suffer from malnutrition.

Adding to the socioeconomic ailments is the rise of violent extremism concentrated in the northern Sinai, which is consuming tens of millions of dollars and poses a burden the authorities are struggling to address.

Western-style democracy, however, will do little to alleviate the dire economic conditions in Egypt, and will not provide a panacea to prevent human rights violations. Following the ouster of President Mubarak, fair and free elections were held. The Muslim Brotherhood won the elections and its leader Morsi became the president—but this exercise in democracy had little effect on the economic and social well-being of the country.

Elections in and of themselves, however free and fair, do not provide food, education, healthcare, or other social needs.  Moreover, in a country where there is no tradition of a political system that encourages the creation of rival political parties with no restrictions, irrespective of their political ideology, it is impossible to establish a full-fledged democratic government à la western political systems.

Besides, a solid democratic form of government requires democratic institutions, including think tanks that provide comprehensive research on foreign and domestic policies, non-profit organizations that focus on social issues, free but responsible press, an unbiased judiciary, and above all economic development projects to provide job opportunities and foster social stability and better prospects for the future.

Whereas human rights abuses must not be tolerated, addressing this problem in Egypt cannot be accomplished by the West’s mere public criticism of the Sisi government. As stated earlier, such criticism, however warranted, evokes only denial and puts government officials on the defensive, rather than choosing to tackle the problem more effectively by means consistent with Egyptian social psychology and culture.

What Egypt needs is a leader who is truly committed to the welfare of the Egyptian people and demonstrates such commitments on a day-to-day basis. The question is whether the US and the EU believe that President Sisi is in fact such a leader, or one who squanders millions for personal pleasure and a fat bank account.

I believe that the US and the EU should follow the Clinton approach and deal with Egypt on two separates tracks, as long as human rights transgressions are addressed more effectively.  Egypt requires investments in the tens of billions of dollars for hundreds of different projects by the government, private sector, and foreign entities that would provide hundreds of thousands of new, well-paying jobs to make a real difference in the lives of millions. This includes massive investment in infrastructure and industry, healthcare expansion, readily available education, tourism industry, and low interest loans to small businesses who are the mainstay of increasing jobs in and outside urban centers. The target is to expand the economy at a pace that will keep up with a growing population, of which 70 percent is under the age of 30. 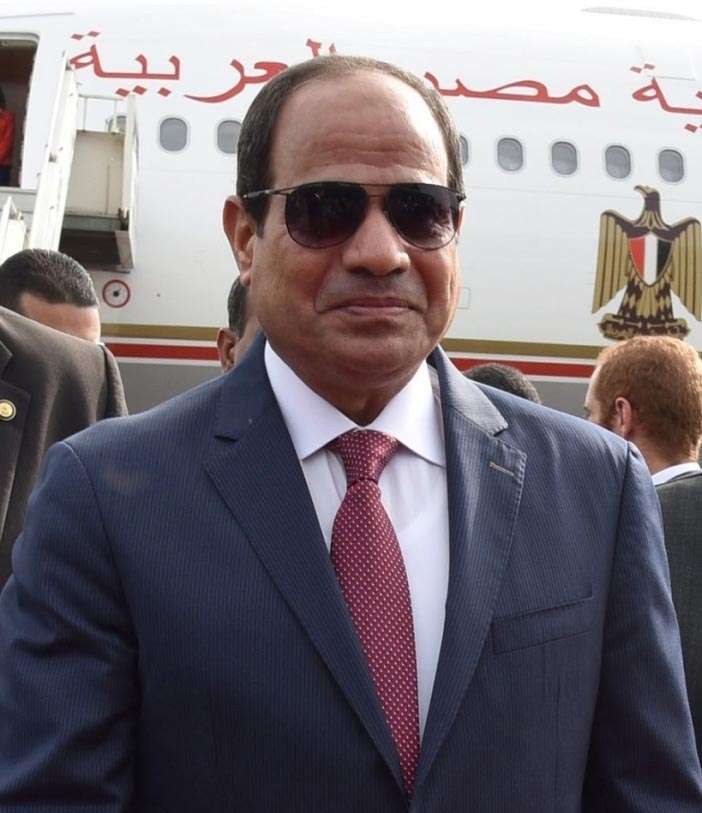 One of the main job expansions is vested in participatory sustainable economic development projects, for which Egypt needs to allocate at least 15 percent of the financial aid it receives. These types of projects are tailored to the needs of small communities to provide jobs, self-empowerment, and a sense of belonging, as the members are not only rewarded financially, but are contributing to the overall wellbeing of their community.

All foreign donors should also insist that 10 to 15 percent of their contributions be given directly to private non-profit organizations dedicated to sustainable economic development projects. (For a comprehensive study of the indispensable role to dramatically accelerate the growth of the economy is sustainable development, see the 2015 report by Dr. Yossef Ben-Meir.)

This is how poverty can be mitigated over time and how education becomes more accessible, along with healthcare and, more than anything else, self-esteem, which is inherent to the Egyptian history, faith, and culture.

Since the establishment of the Egyptian-Israeli peace in 1979, Egypt has consistently demonstrated its commitment to its alliance with the West, fully adhered to the peace treaty with Israel, and become a reliable partner with the US in dealing with violent extremism.

I believe that President Sisi is making every effort to implement reform, and every country that has contributed financial aid to Egypt, including the US, EU, and Gulf states, should substantially increase their aid. This will be not only for Egypt’s sake, but for regional stability, in which Egypt plays a critically important role, while serving the West’s strategic interests in the area.

There is a common Egyptian proverb, al-Sabru Taieb, which translates to “patience is sweet.” Yes, the Egyptian people are very patient, and they will endure hardship, but now in the wake of back-to-back revolutions, they want to see results. I believe that Sisi will be able to deliver if he is provided the means, as he arguably remains Egypt’s most popular and trusted leader and has vested interests in eradicating human rights violations.