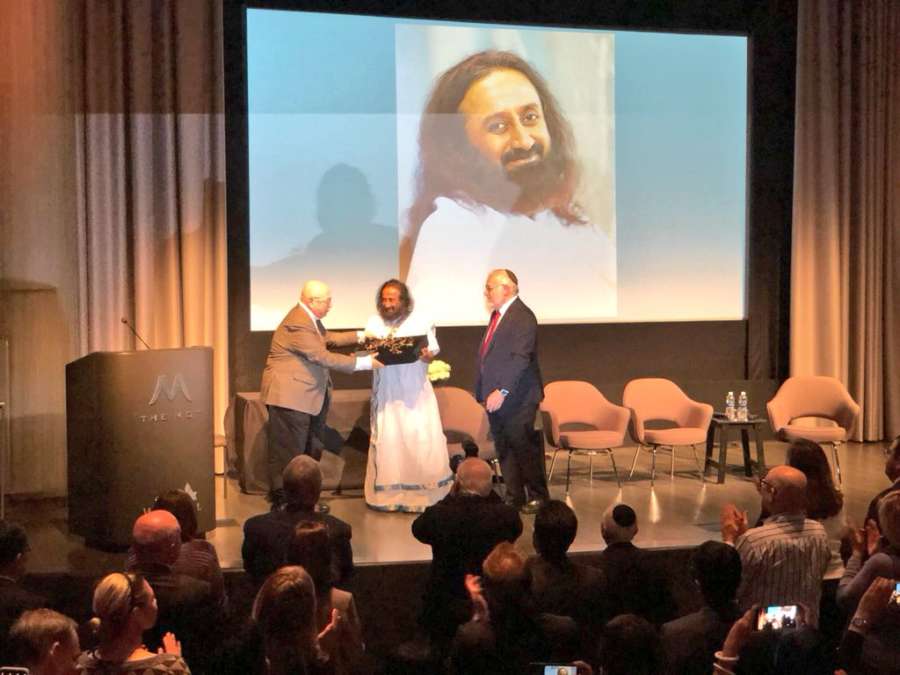 The prestigious Simon Wiesenthal Center’s International Leadership Award was conferred on Sri Sri Ravi Shankar in a ceremony at the Museum of Tolerance in Los Angeles on Monday, 16 April 2018. The Center’s award, whose past recipients include amongst others former Canadian Prime Minister Stephen Harper, Pope John Paul II, The Dalai Lama, US Congressman John Lewis and Bono, was presented to the founder of The Art of Living for promoting human dignity, interfaith relations and tolerance among people.

“Sri Sri Ravi Shankar has been not just a friend but a partner in our efforts to combat terrorism, promote tolerance education and share one central tenet of the Jewish people: “In remembrance lies the roots of redemption, in forgetfulness the roots of destruction, said Rabbi Abraham Cooper, Associate Dean of the Simon Wiesenthal Center, who presented Sri Sri Ravi Shankar with the award.

“Sri Sri Ravi Shankar is well known for worldwide activism and relief efforts on behalf of endangered and displaced minorities across the Middle East and Asia– including Christians and Yazidis in Iraq. We honor him for courageous deeds on behalf of forgotten victims of violence and terrorism,” he continued. 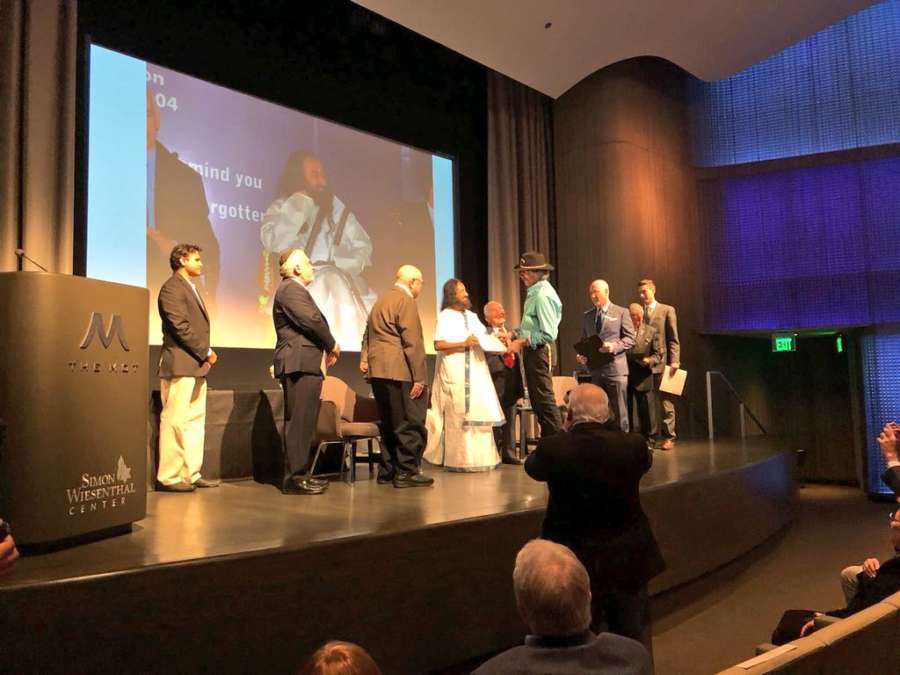 The speaker of the California State Assembly later hosted a reception in honour of Sri Sri Ravi Shankar where the Assembly members presented him with a proclamation commending all the work that The Art of Living has done in California.