US President Donald Trump said on Sunday that construction of his much-touted wall along the US-Mexico border will begin “immediately” given that Congress last week approved $1.6 billion to launch the task….reports Asian Lite News

US President Donald Trump said on Sunday that construction of his much-touted wall along the US-Mexico border will begin “immediately” given that Congress last week approved $1.6 billion to launch the task.

“Much can be done with the $1.6 Billion given to building and fixing the border wall. It is just a down payment. Work will start immediately,” said Trump on Twitter.

Last Friday, just hours before funding for federal government operations was expected to run out, Congress approved — and Trump signed — a $1.3 trillion budget bill for Fiscal 2018, including $1.6 billion to start building the controversial wall the president claims will choke off illegal migration from Mexico, Efe reported.

The funding provided by lawmakers for the wall — with the support of Democratic legislators — will not be nearly enough to build the entire $25-billion structure demanded by Trump, but it will be enough to build a stretch of fencing and/or actual wall some 33 miles long.

“The rest of the money will come — and remember DACA, the Democrats abandoned you (but we will not)!” Trump continued in his tweet, referring to the Deferred Action for Childhood Arrivals program that sheltered from deportation — until the president eliminated it — hundreds of thousands of young undomented migrants brought to the US as children. 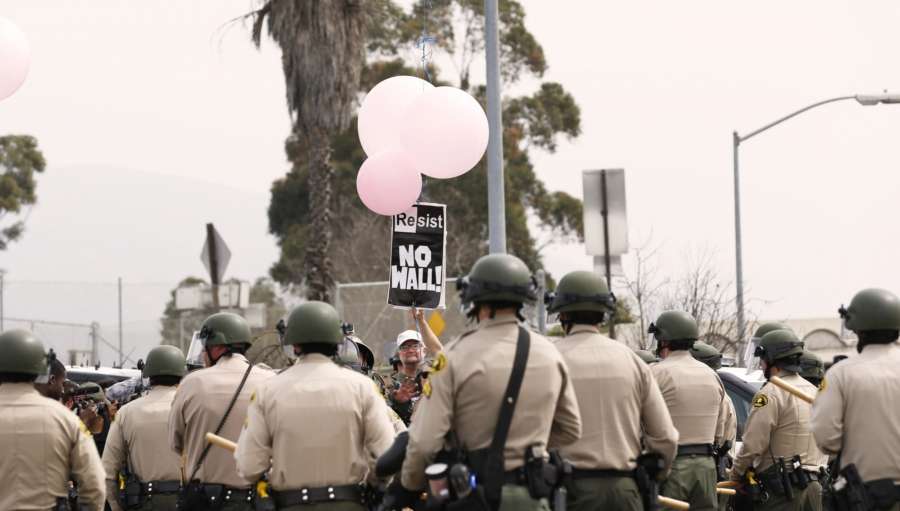 The funding bill sets forth restrictions on how the $1.6 billion may be spent, including how long the stretch of allowed wall will be and where it will be located. Of the funds, $251 million must be used to renovate or revamp the double fence that already stands between San Diego, California, and Tijuana, Mexico.

“Building a great Border Wall, with drugs (poison) and enemy combatants pouring into our Country, is all about National Defense. Build WALL through M(exico)!” Trump said in another tweet.

On his recent visit to California, the president reviewed eight prototypes for the border wall, one of his key election promises, erected at a spot between Otay Mesa, California, and Tijuana.

Trump said at the time in a speech to US troops after inspecting the prototypes that “two or three” of the models were quite good and would work fine at keeping illegal migrants on the Mexican side of the border.

Meanwhile, Trump also tweeted on Sunday that the $1.3 trillion federal budget passed by Congress last week includes increased funding to help “rebuild” the US military, which will create many new jobs and ensure that “our Military is again rich.”