US President Donald Trump and his French counterpart Emmanuel Macron have suggested there could be a new agreement on Iran’s nuclear programme….reports Asian Lite News 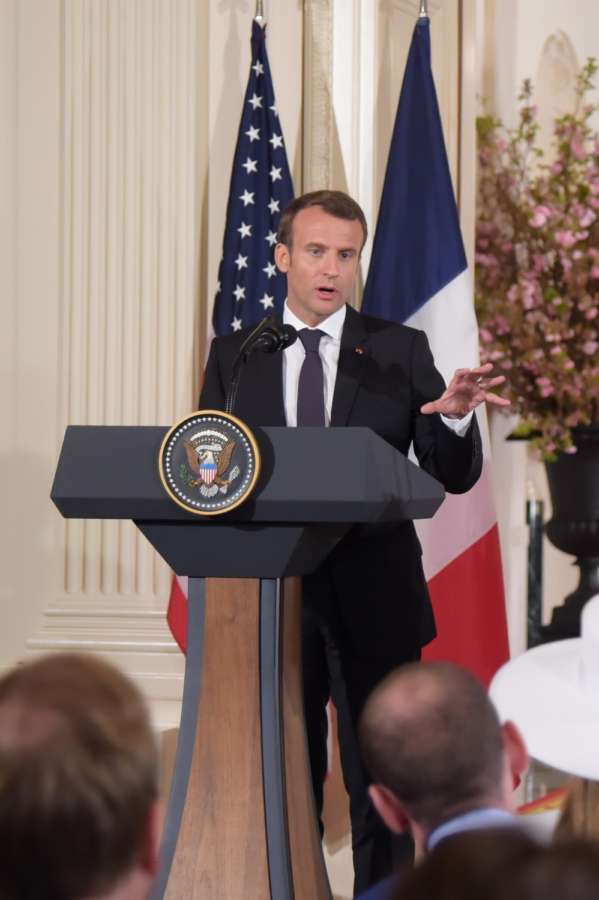 The visiting French President on Tuesday proposed to work with other parties to forge the new deal amid bilateral divergences on several issues remaining, as his state visit drew to a close.

Speaking at a joint press conference with Trump, Macron said the current Iran nuke deal, internationally known as the JCPOA signed in 2015, was not “sufficient”.

However, it still “enabled us, at least until 2025, to have some control over their nuclear activities”, he added, saying: “We therefore wish, from now on, to work on a new deal with Iran.”

After the talks, Trump, who is sceptical of the 2015 accord, also spoke about “doing a much bigger… deal”, the BBC reported.

Macron said a new pact must cover Iran’s ballistic missile programme and its role in the Middle East.

Iran had warned of “severe consequences” if the US withdrew from the deal.
In 2015, Iran had agreed to mothball its nuclear programme in return for an easing of economic sanctions on Tehran.

Trump has been threatening to reject an extension of the Barcak Obama-era nuclear pact reached between Tehran and world powers by a May 12 deadline, the BBC report said.

German Chancellor Angela Merkel, who is due to visit the US on Friday, will make a last-minute bid to dissuade Trump from potentially torpedoing the agreement.

Iranian Foreign Minister Javad Zarif was quoted as saying that Tehran would “most likely” abandon the accord if the US pulled out. 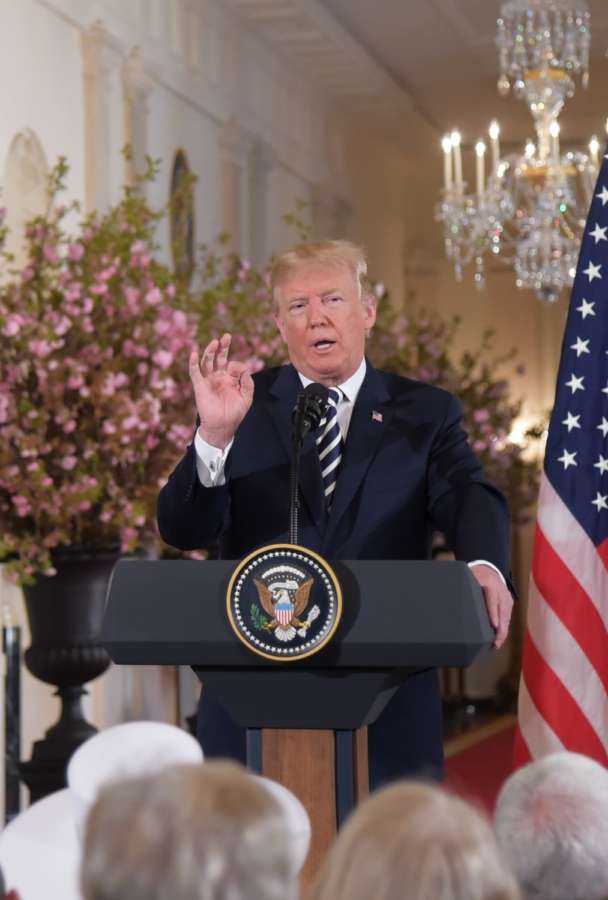 Macron agreed that Tehran’s influence in the region must be part of negotiations. He stressed that the 2015 deal controls Iran’s nuclear programme for the next decade, but the fresh deal must cover its nuclear activities longer-term, the BBC said.

Macron also talked about working with Trump to build a “new framework” in the Middle East — and especially in Syria.

The French President said he did not know whether Trump would extend the May 12 deadline, adding: “I can say that we have had very frank discussions on that, just the two of us.”

“They’re not going to be restarting anything. They restart it they’re going to have big problems, bigger than they’ve ever had before.”