The Paris-based Financial Action Task Force (FATF) has threatened action, by putting Pakistan on the “grey list” if it does not enact laws before a meeting in June. The “grey list” could be followed by “black list” and the sanctions would be severe. Required to meet terror funding diktat Pakistan makes excuses, finds faults…writes Dr Sakariya Kareem

Threatened action for not curbing money laundering and terror funding, Pakistan is racing against time to meet the June deadline. And while doing this, it has begun to make excuses and find faults with others.

The Paris-based Financial Action Task Force (FATF) has threatened action, by putting Pakistan on the “grey list” if it does not enact laws before a meeting in June. The “grey list” could be followed by “black list” and the sanctions would be severe.

As a harried government whose own term ends before elections works overtime to put the finishing touches to its action plan, it is pleading for more time, till November, to leave the task to the next government that will hopefully have taken office after the elections.

Finance Minister Miftah Ismail argues that says the role of the FATF, the global body and its actions is ‘political’ and that his government is hoping that Pakistan would be spared the trouble and ignominy of being condemned by other countries.

A compliance report has been submitted by the government to the Asia-Pacific Group (APG) — a sub-group within FATF — detailing the steps taken thus far and those that will be taken in the future to bring Pakistan’s financial, regulatory and legal landscape into compliance with the watchdog’s requirements.

A team of Pakistani officials will be in Bangkok to submit details of what it proposes to do and plead with the APG for a measure of flexibility.

It will explain that the present government of Shahid Khaqqan Abbasi will resign and make way for a caretaker government that will be basically tasked with day-to-day governance and facilitating elections. It would not be empowered to take any policy level and long-term decisions.

The FATF had earlier sent an email to the State Bank of Pakistan, the country’s central bank, highlighting its concerns over the amnesty scheme introduced by the government in Pakistan’s last budget. It pointed out that Pakistan was required to inform FATF before announcing any such scheme.

To address their concerns, Pakistan has included a provision to specify that ‘proceeds of crime are not eligible’ for the amnesty scheme.

Pakistan had been on the “grey list” for three years from 2012. It was removed from the FATF grey list in February 2015 due to improved measures to combat twin menaces of money laundering and terror financing. The key point at that time was the passage of the Anti-Money Laundering Act, 2010 into law.

Now the noose is tightening again. To feed the domestic audience, minister Ismail has claimed that Pakistan’s law to counter money laundering and terror financing is the most effective and strong legislation in the South Asian region.

What he does not say is the loopholes in it and its tardy implementation, which has alarmed the world community and earned it the criticism at the FATF.    He has said that it would be up to the FATF to remove Pakistan from the grey list or not. “It will be a political question.”

His officials claim that the government’s financial monitoring unit had so far generated more than 300 reports. No terror-related link was established in any of these reports.

This is but as bureaucratic response to a serious issue that is as much ‘political.’

Dawn newspaper has underscored the seriousness of the prospects of being placed on the grey list afresh. But in its editorial (May 20), it has questioned the FATF’s credibility. “…. the return to that position this time comes in the context of fraying ties between Pakistan and the global community, particularly the United States, and many people (including our current finance minister) have cast a question mark over the credibility of FATF’s move, particularly its timing.”

“It appears that a technocratic global body tasked with creating and monitoring a legal and regulatory framework to exclude the proceeds of crime, tax-evaded wealth and terrorist funding from the global financial system, is being used to advance purposes other than its stated one.”

The newspaper editorial elaborates on what these ‘purposes’ are. “The specific circumstances under which Pakistan found itself on course to being grey-listed by June lend some credence to this perception. The decision was made in February in an extraordinary session of the global body’s meeting that looked strangely like an ambush.”

The oblique reference is to how the US, along with India stressed on the need to discipline Pakistan for its failure to curb terror funding. China had sought to defend it, but the US prevailed and the Chinese had withdrawn its objections, much to the surprise and chagrin of Pakistan, the “all weather friend.”

As for the ‘timing,’ Pakistan expects FATF and any global body to take note of its political transition. 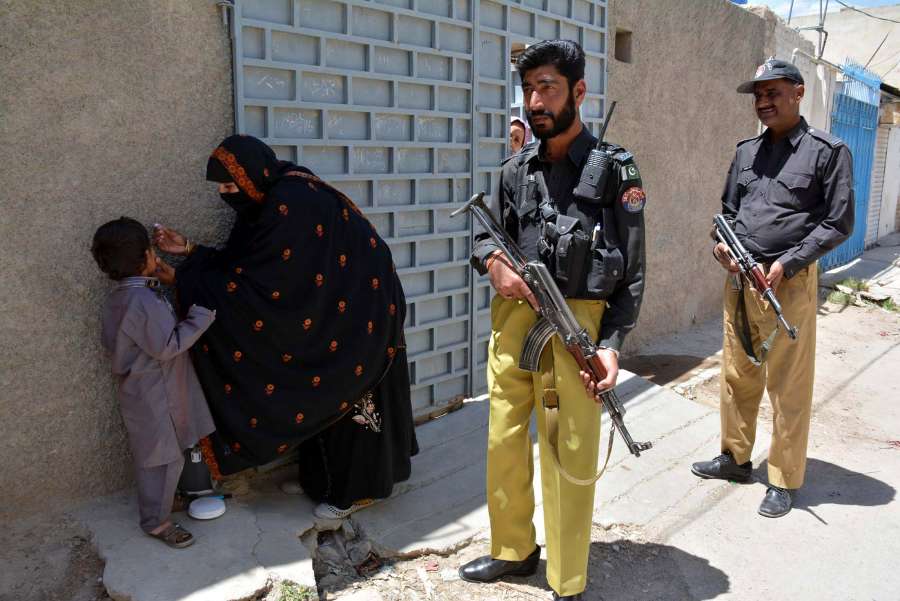 The editorial says: “The timing placed a government, in the closing days of its tenure, in a position where it would have to navigate a complex maze of demands to create an ‘action plan’ to pave the way for the country’s exit from the grey-list designation.

“Thanks to the opacity of FATF’s operations, it is uncertain what exactly Pakistan is expected to do,” the editorial complains, ostensibly on behalf of the government.

It draws satisfaction that “what is clear is that the government has taken some steps to come into compliance with the global body’s requirements, such as proscribing key groups, whose open operations were a bone of contention, and seizing their assets.

And then it finds faults with the process the FATF follows and seeks postponement of the whole exercise.

The related timelines against which the government has had to struggle in drawing up an action plan, it is fair and just to expect FATF to postpone the grey-listing till its next meeting in November.

“Pressing on in June will place an interim government in a position it is not empowered to operate in, thereby fuelling the perception that the FATF process is driven by great power grievances against the country, and that have little to do with the legal and regulatory framework of Pakistan’s financial system.”

The rants of the minister and the media clearly  indicate that Pakistan is unwilling to learn any lessons from its follies and only finds faults with the world community’s efforts to discipline it for the larger good.