What do you need to know to manage autism? An informative article by Dr Binu George MBBS, FRCPCH, dual CCST (UK). The signs and symptoms of Autism encompass a wide remit and not all children show all symptoms. Hence the correct diagnosis is Autism Spectrum Disorder 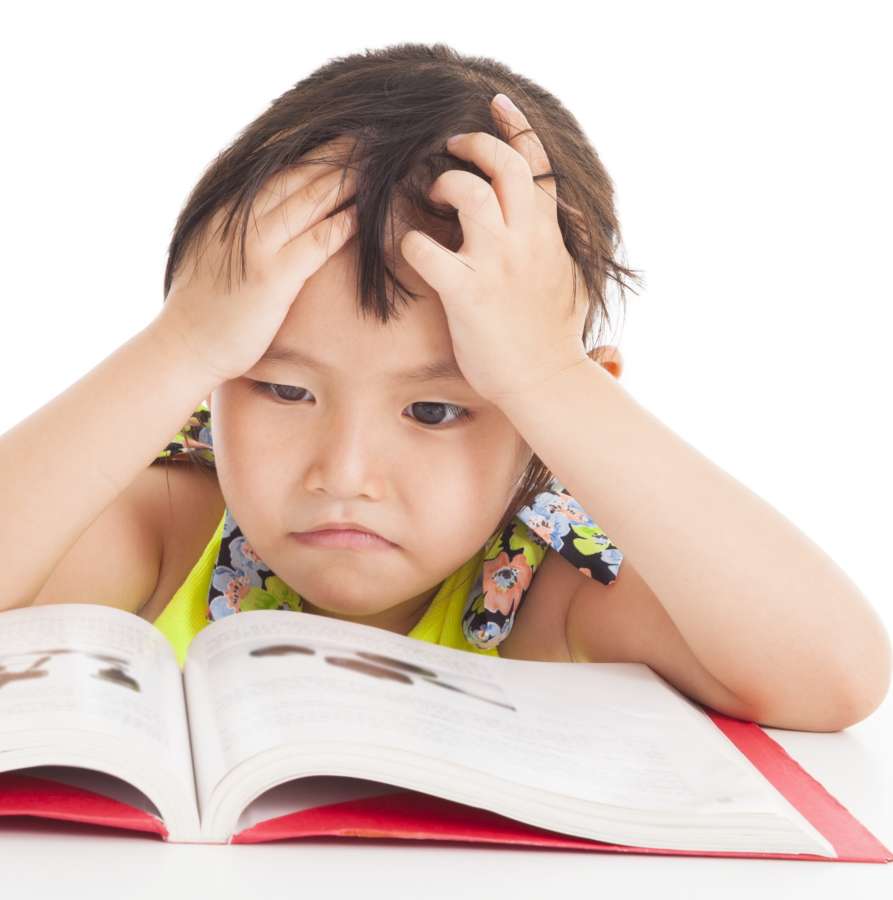 Autism is a neurodevelopmental condition, which is becoming more and more prevalent these days. Recent estimates suggest that up to 1 in 68 children could have a diagnosis of autism. This has caused governments and medical organisations to start looking at resources in early identification and support for the children and their families. It is becoming an agenda of priority worldwide. Autism represents a behavioural pattern wherein there are identifiable problems with social communication and interaction along with various other behavioural tendencies and quirks. The diagnosis is based on standardised criterion which are well recognised internationally. 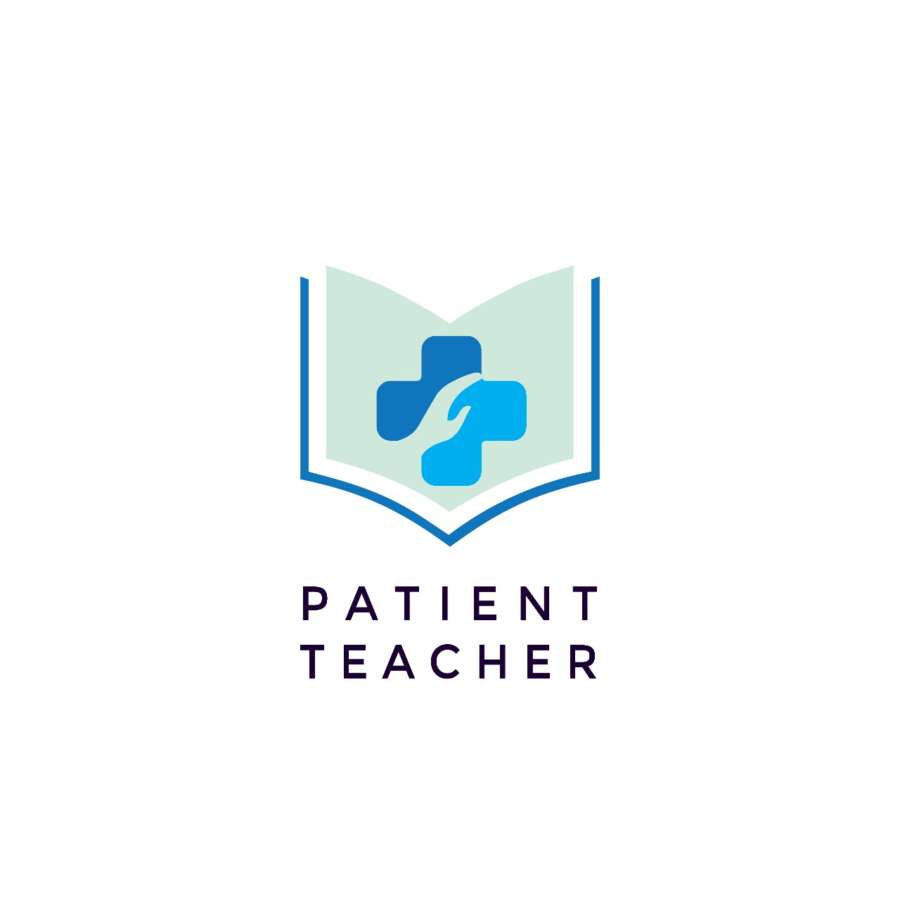 The signs and symptoms of Autism encompass a wide remit and not all children show all symptoms. Hence the correct diagnosis is Autism Spectrum Disorder. The earliest recognisable concerns may be poor or inconsistent response to a child’s name being called. Lack of pointing at things with one finger and poor response to attempts at getting the child to share attention can be other early indicators of a problem. Poor fleeting eye contact may be an issue.

The next commonest presentation is poor speech or abnormal speech patterns. A child not speaking by 2 years of age should be assessed for possible autism. Repetitive speech or copying of last words spoken are also indicators that merit further assessment. In older children, fixity of ideas, revolving all speech around one’s own agenda and communication on few topics of self interest are also seen.

Extreme lack of interest in other people, lack of reciprocity (no turn taking, no dialogue /only monologue), preferring to be alone and difficulties anticipating how someone will feel or what they will think are other issues faced by older children. Children and young people with autism often have difficulty reading other’s emotions and difficulty accepting other perspectives.

Physical movements like flapping of arms, repetitive movements of limbs, finger movements in front of eyes etc are sometimes associated with autism. Lining up of toys, hoarding objects and requiring objects or house hold items in fixed places may be seen. Children and young people may often have difficulties in adjusting to even minor changes in routines or environments. 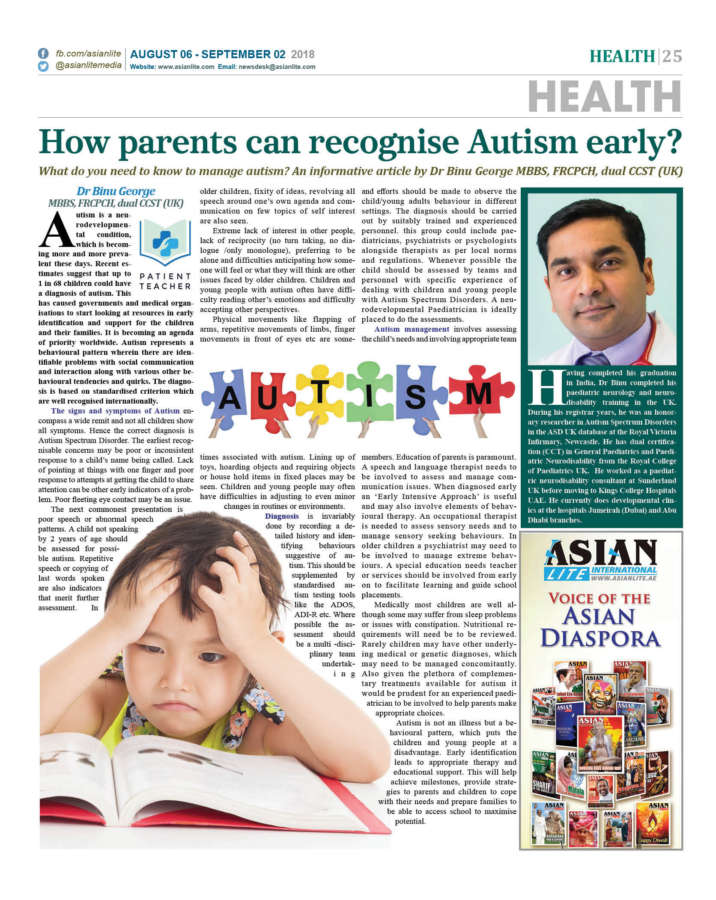 Diagnosis is invariably done by recording a detailed history and identifying behaviours suggestive of autism. This should be supplemented by standardised autism testing tools like the ADOS, ADI-R etc. Where possible the assessment should be a multi -disciplinary team undertaking and efforts should be made to observe the child/young adults behaviour in different settings. The diagnosis should be carried out by suitably trained and experienced personnel. this group could include paediatricians, psychiatrists or psychologists alongside therapists as per local norms and regulations. Whenever possible the child should be assessed by teams and personnel with specific experience of dealing with children and young people with Autism Spectrum Disorders. A neurodevelopmental Paediatrician is ideally placed to do the assessments.

Autism management involves assessing the child’s needs and involving appropriate team members. Education of parents is paramount. A speech and language therapist needs to be involved to assess and manage communication issues. When diagnosed early an ‘Early Intensive Approach’ is useful and may also involve elements of behavioural therapy. An occupational therapist is needed to assess sensory needs and to manage sensory seeking behaviours. In older children a psychiatrist may need to be involved to manage extreme behaviours. A special education needs teacher or services should be involved from early on to facilitate learning and guide school placements.

Medically most children are well although some may suffer from sleep problems or issues with constipation. Nutritional requirements will need be to be reviewed. Rarely children may have other underlying medical or genetic diagnoses, which may need to be managed concomitantly. Also given the plethora of complementary treatments available for autism it would be prudent for an experienced paediatrician to be involved to help parents make appropriate choices.

Autism is not an illness but a behavioural pattern, which puts the children and young people at a disadvantage. Early identification leads to appropriate therapy and educational support. This will help achieve milestones, provide strategies to parents and children to cope with their needs and prepare families to be able to access school to maximise potential.

Having completed his graduation in India, Dr Binu George completed his paediatric neurology and neuro-disability training in the UK. During his registrar years, he was an honorary researcher in Autism Spectrum Disorders in the ASD UK database at the Royal Victoria Infirmary, Newcastle. He has dual certification (CCT) in General Paediatrics and Paediatric Neurodisability from the Royal College of Paediatrics UK. He has worked as a paediatric neurodisability consultant at Sunderland UK before moving to Kings College Hospital, UAE. He currently conducts developmental clinics at the hospitals Jumeirah (Dubai) and Abu Dhabi branches.