A million people in Pakistan, associated with fishing, are up in arms over the government’s decision to allow foreign companies to fish in country’s water. It is a move which will render more than 5000 workers associated with fishing jobless and jeopardise country’s net imports worth Rs 67 billion, a significant sum for a country which is desperately seeking external funds and grants to tide over the balance of payments crisis,

This could spell another serious problem before the already beleaguered government of Prime Minister Imran Khan.

According to the Pakistani Fisheries Exporters Association, seafood exports were already down by 11.3 per cent in the first quarter of this year and it was likely to go further down as trawlers and other boat owners had stopped going out into the sea for fresh catch. Trawler and boat owners are dead against the new Deep Sea Policy which has brought in restricting controls for local fishermen while allowing foreign companies to enter and fish in Pakistani waters.

Besides sea’s fury, the fishermen now have to fear the presence of Maritime Securities Agency which has been tasked to ensure strict implementation of the new regulations. One fishermen was arrested last month while returning to Karachi harbour. The fishing industry is miffed at the `ambiguity` of the new regulation. Two fishermen’s associations have moved the high court challenging the policy.

They believe that the policy would be a crippling blow to fisheries. The fish stock in the coastal areas has been declining over the years and the new policy would only further worsen the condition of those who live on fishing.

The fishing community believe that the government was planning to introduce industrial fishing in garb of new rules and such a move would be gravely detrimental to the already crisis-ridden sector. Considering the depleting stocks and the large number of fishermen engaged in small-scale fishing, the government should have initiated programmes to encourage traditional, sustainable fishing practices.

The Deep Sea Policy is not the only reason for the rising anger of fishermen. Heavy and extensive infrastructure constructions in coastal areas like Gwadar are threatening to seriously harm the fish stock and fishing opportunities. In October this year, a large procession of fishermen was taken out in Gwadar. They were protesting against the construction of the Gwadar East-bay expressway. They fear that the construction would affect fishing on the eastern coast of Gwadar as fishing was the only source of living for them.

There are of course the usual promises of CPEC transforming their lives. The government is even planning to set up special vocational training centres for fishermen to find jobs in the CPEC projects. But fishermen are sceptical. They argue that even if some of them were learn a suitable vocation, they would not be able to earn as much as they do now. In a week, a fisherman, on an average, can make 20,000-50000 Pakistani rupees. The wages of an unskilled worker at the port would not be more than 20000 rupees a month. The skilled labour get 28000 to 50000 a month, almost a quarter of what the fishermen would otherwise earn from fishing.

The fishermen fear that with the CPEC juggernaut rolling in, their lives would turn for the worse in the coming years. For them, it is either do or die. 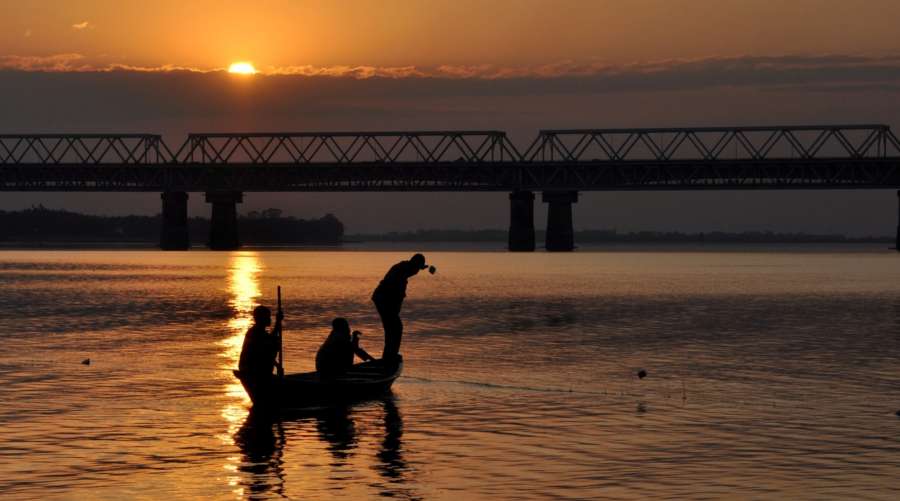