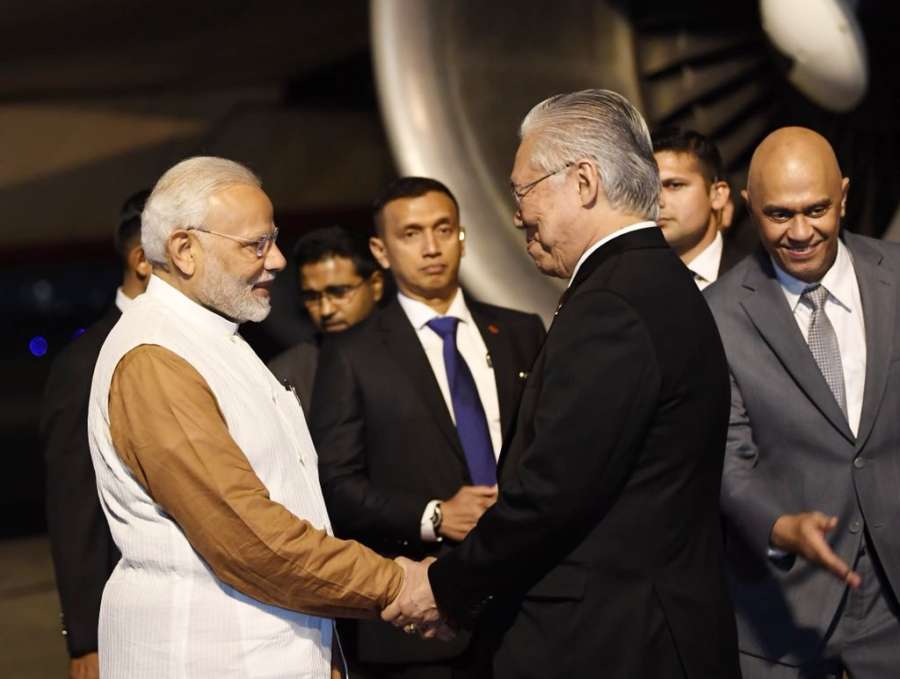 Ahead of their bilateral summit, Indian Prime Minister Narendra Modi was received by Indonesian President Joko Widodo at the Merdeka Palace here with a guard of honour.

“Relationship that evokes a feeling of warmth and kinship. A red carpet welcome and a guard of honour extended to PM @narendramodi on his arrival at Istana Merdeka ahead of his talks with President @jokowi,” Indian External Affairs Ministry spokesperson Raveesh Kumar tweeted.

Earlier on Wednesday, Modi started his official engagements by a laying a a wreath at the Kalibata Heroes’ Cemetery here. 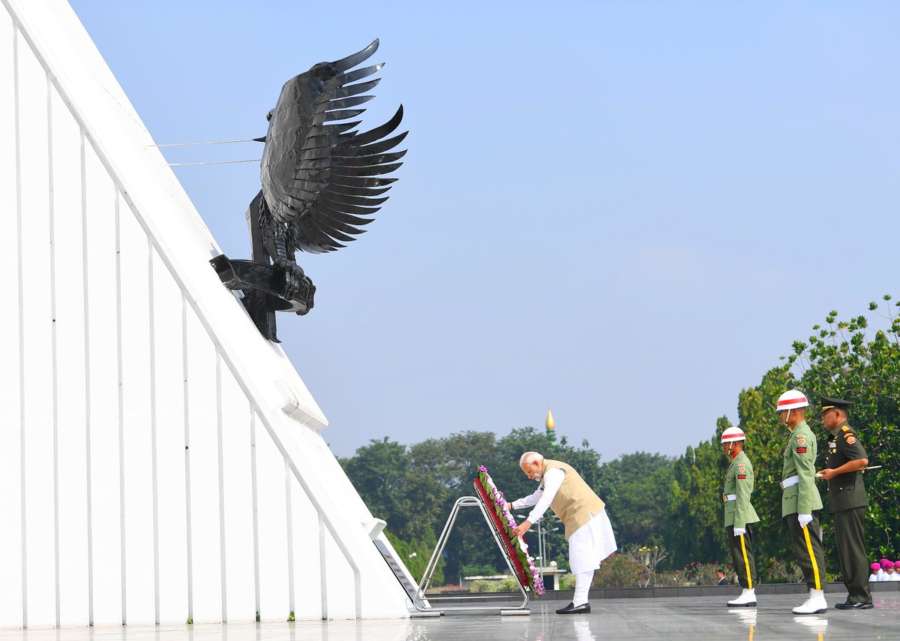 Modi arrived here on Tuesday in what is his first visit to Indonesia as Prime Minister.

He will also visit Malaysia and Singapore in the course of his five-day three-nation tour of southeast Asia.

Following Wednesday’s bilateral summit, a number of agreements, including in the areas of defence and trade, are expected to be signed between India and Indonesia.

Modi and Widodo will then jointly inaugurate a kite festival being organised by the Museum Layang-Layang of Jakarta and the Kite Museum of Ahmedabad that will be depicting the common themes of the Indian epics Ramayana and Mahabharata, which are strong cultural, civilizational linkages that India share with Indonesia.

Modi will also attend an Indian community event at the Jakarta Convention Centre here and take part in an India-Indonesia CEOs Forum.

Indonesia is home to around 100,000 people of Indian origin and 7,000 NRIs working as professionals across different sectors.