Putin hailed joint activities of the two countries in the area of foreign politics, in particular within the UN, BRICS (an association of Brazil, Russia, India, China and South Africa), and the Shanghai Cooperation Organization (SCO). Modi’s nine-hour tour came after National Security Adviser Ajit Doval and Foreign Secretary Vijay Gokhale visited Moscow earlier this month to discuss a way out of the US sanctions on Russian firms….reports Asian Lite News 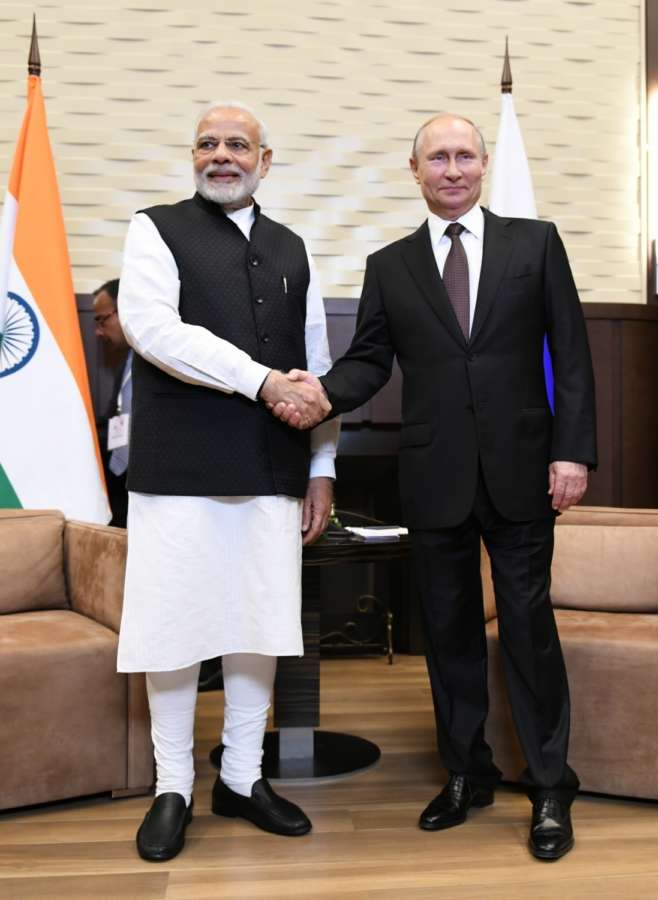 Stating that Russia has always been a true and fast friend of India, Indian Prime Minister Narendra Modi on Monday said that his informal summit with Russian President Vladimir Putin will take bilateral ties to a new level.

“I am happy that today I got the opportunity to be a guest of President Putin and that too in Sochi,” Modi said after being received by Putin here for the informal summit.

“Russia has always remained a true and fast friend of India,” he said.

“We have been regularly holding bilateral meetings but I am grateful to President Putin for inviting me for an informal summit which has taken our relationship to a new level.”

On his part, Putin said that the India-Russia bilateral relationship has deep roots.

“Last year, we saw a considerable increase in mutual trade,” he said.

Stating that Russia and India cooperate actively on multilateral forums, Putin said that there is close cooperation between the militaries, economies and diplomats of the two sides.

Modi arrived here earlier on Monday on a nine-hour visit for the informal summit proposed by Putin soon after his reelection as Russian President.

The Indian leader’s visit comes after National Security Adviser Ajit Doval and Foreign Secretary Vijay Gokhale visited Moscow earlier this month to discuss a way out of the US sanctions on Russian firms.

The withdrawal of the US from the Iran nuclear deal can be seen as another major reason for the informal summit.

Putin is expected to visit India later this year for the annual bilateral summit.

The relationship between India and Russia was elevated to that of a Special and Privileged Strategic Partnership during Putin’s visit to India in 2010.

In his remarks, Modi congratulated Putin for being reelected for the fourth time with a huge majority.

“Since 2000 when you assumed this office, you have maintained a close relationship with India,” he said. 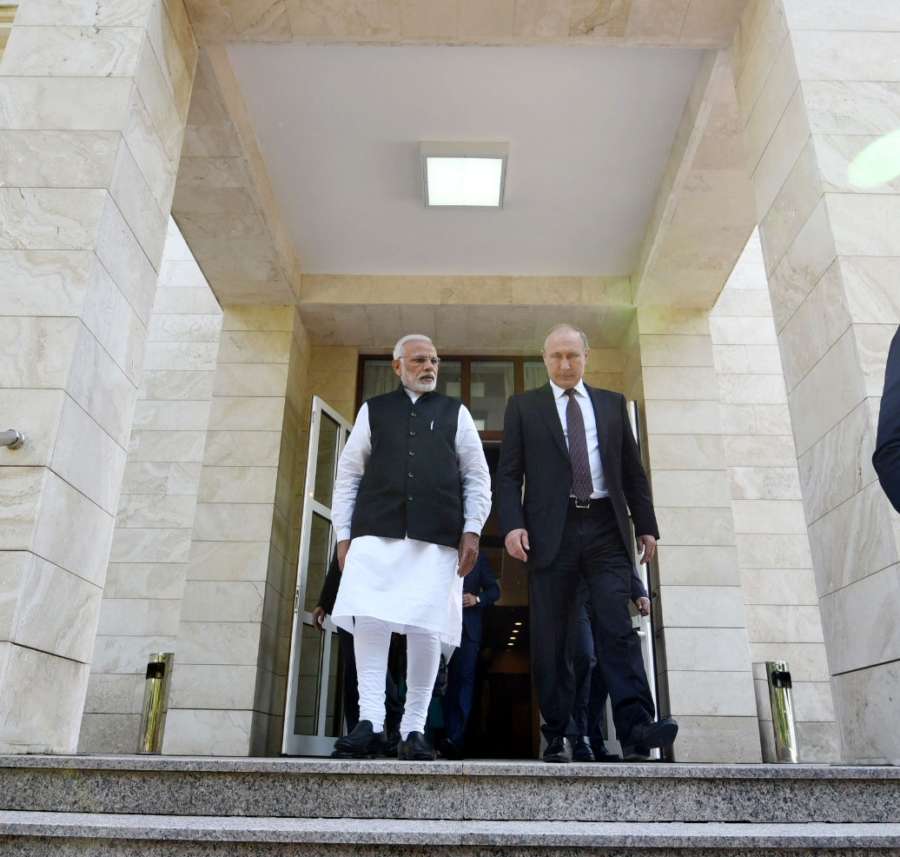 “When you came to India for the first time after becoming President and when Atal Bihari Vajpayee was the Prime Minister of India, you had said that our ancient civilisations and strong and vibrant democracies. People of India still remember this.”

Stating that Russia and Putin hold special significance in his own political journey, Modi said in 2001, after he became Chief Minister of Gujarat, within one month he got the opportunity to visit Russia along with Vajpayee.

“In Moscow, as Chief Minister, the first world leader I met was you and in a way I got introduced to foreign relations through you,” he said.

The Indian leader said that he too had the chance work shoulder-to-shoulder with Putin for the last four years whether it be bilateral relations or international ties.

“We had the opportunity to openly discuss all issues and together move ahead and I am happy about it,” he said. 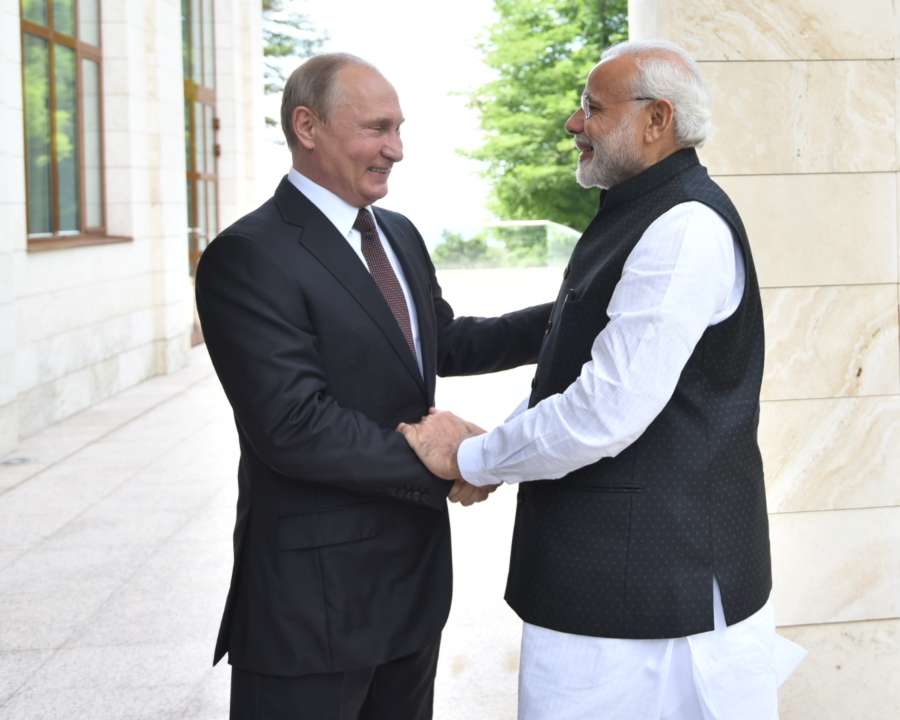 Repeating Vajpayee’s words in 2000 during Putin’s visit, Modi said that being a friend of Russia for a long time, India would like to see Russia as a powerful and confident nation, which, in a multipolar world, can play a significant role.

“It is a matter of happiness for us that whether it be the SCO (Shanghai Cooperation Orgnaisation), in which you have played a very big role for India’s membership, the BRICS (Brazil, Russia, India, China) Summit, CECA (Comprehensive Economic Cooperation Agreement) or the (International North-South Corridor), we have been working together in a number of mechanisms and have successfully moved forward,” the Indian Prime Minister said.

He also extended his best wishes to Russia for hosting this year’s FIFA World Cup.