With only two months to go for the monsoon rains to arrive, relocating Rohingya refugees to a safe place has emerged as a serious concern for the Bangladesh government. It has also created a sense of worry for India’s Border Security Force (BSF) as intelligence inputs hint at mass infiltration when floods overwhelm the grounds where they are housed in refugee camps….reports Rajnish Singh 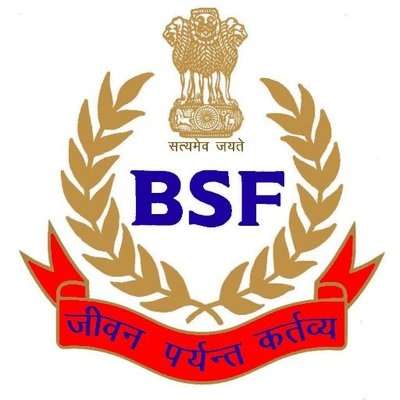 Over 1.15 million registered Rohingyas have been residing in the south-eastern part of Bangladesh, known as the Cox’s Bazar region, after they fled Myanmar to escape a military crackdown on their villages in Rakhine State on the night of August 24-25, last year.

Bangladesh is looking at options like repatriation of Rohingyas to Myanmar or their transfer to a safer location. It is also looking at safeguarding the existing shacks of the refugees and steps to prevent an epidemic when the rains hit.

The BSF, on its part, has put its troops along the 4,096 km India-Bangladesh border on alert to intercept any infiltration by the refugees into India.

The Indian government has taken the position that they will not allow entry of illegal migrants as some Rohingyas had been found to have links with Pakistan’s Inter-Services Intelligence for delivering fake Indian currency into the country. They were also said to be trying to illegally obtain Indian identification.

The BSF says it will have to follow the government’s order to the tee. “We have intelligence inputs that Rohingyas would try to enter India when the rains come and we are putting in place plans to stop them,” a BSF official told media on condition of anonymity.

“All the Integrated Check Post commanders along the border have been instructed to be vigilant and stop any illegal entry,” he said. Although the nearest Indian border is about 100 km away, the ability of refugess to face hardships and traverse long distances in search of a safe haven is known.

Most of refugees live in flimsy, bamboo-and-plastic structures perched on what were once forested hills, as a visit by a group of 15 Indian and Bangladeshi journalists to Cox’s Bazar camp showed. It would lead to a disaster if they remain in the area when Bangladesh gets lashed by cyclones, at the peak of rainy season in July. The visit of journalists was facilitated by the BSF and hosted by Border Guards Bangladesh (BGB).

According to Bangladesh’s meteorological department, the highest incidence of rainfall is recorded in the south-eastern part of the country where the biggest makeshift camps of Rohingyas’ are located — in Kutupalong and Balukhali — an area of around 144 square kilometres.

Computer modelling by the United Nations High Commissioner of Refugess (UNHCR) shows that hundreds of thousands of Rohingya refugees would be threatened by floods and landslides during the monsoon. 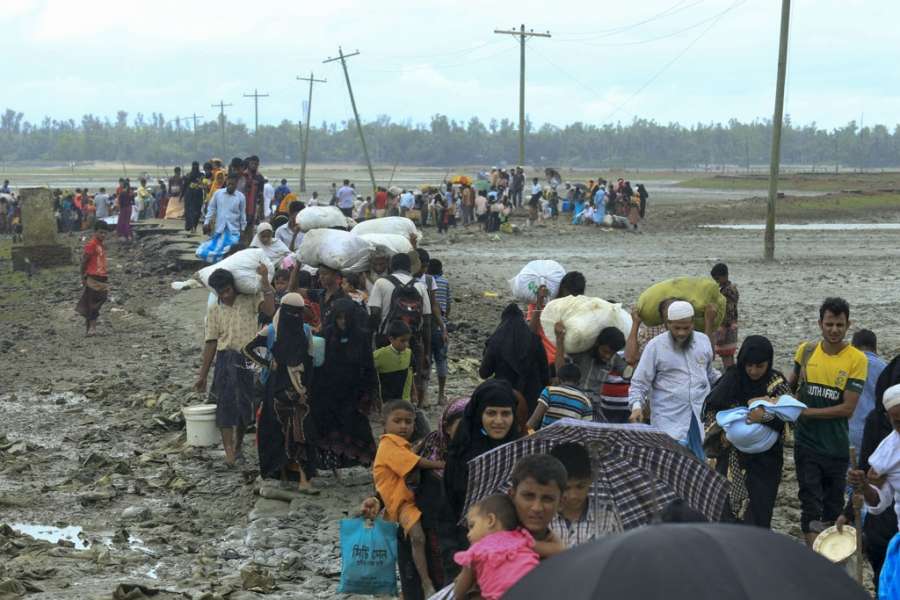 “Up to a third of the land could be flooded, leaving lakhs of refugees living in the plains homeless… Refugee population living on slopes will also be at risk of landslide,” said an UNHCR report.

To cope with the situation the government is seeking relocation of the refugees back to their homeland. “The Bangladesh government is in a hurry to repatriate the refugees as per an agreement signed between it and the Myanmar government in November last year,” Brigadier General S.M. Rakibullah of BGB said.

“We recently sent a list of around 100,000 Rohingyas to Myanmar for their identification and repatriation, but only a few of them were considered as nationals by their government,” said Rakibullah, Additional Director General and Regional Commander of Adhoc Region Headquarters in Cox’s Bazar, adding that “the repatriation of refugees is considerably delayed”.

Prime Minister Sheikh Hasina has also expressed concern for the Rohingyas in view of the coming monsoons and has ordered new homes to be built for them on a nearby island called Bhasan Char, according to an official in Bangladesh’s Ministry of Information.

But it would be impossible to do that for all the 1.15 million refugees. Cox’s Bazar Assistant Director, Rubel said: “As water swallows the whole area south of Naff river during the monsoon season, evacuation of Rohingyas would become very difficult then.”

However, relocation to another area may not be easy as most of the places are populated by local Bangladeshis who are unlikely to take the presence of hundreds of thousands of refugees very kindly.

Officials point out that as it may not be possible to relocate a large number of refugees before monsoons, interim measures need to be taken.

And they are doing that. These include using bulldozers to improve roads, stabilise the slopes and level the land in the Kutupalong-Balukhali camp. The bamboo shacks on the hills are being strenghtened by sandbags, but officials point out that when rains become extremely heavy, this measure may not help much.

Also, emergency medical centres to tackle cholera or mosquito-borne disease are being set up, and so are search and rescue and first aid teams, according to an official. Several international agencies, including UNHCR, are working alongside Bangladesh personnel to prepare for the coming rains.

But Nur Hussain, 40, whose brother was killed in the military crackdown in Myanmar, is not convinced. “My mud house and other makeshift shacks are not built to withstand storms, heavy rains or floods,” he said, looking at the skies with foreboding eyes.

“Only Allah can help me and my people.”