Pompeo, a former CIA chief, is well acquainted with Pakistan’s history of fanning terrorism in South Asia. Topping is the latest Pakistani mischief of questioning the US readout of a conversation between him and Imran Khan….writes Dr Sakariya Kareem

The chill in Pak-US bilateral relations is something not unexpected under maverick President Donald Trump but even die-hard cynics are unprepared for the blows Washington has administered to Islamabad just when Mike Pompeo, the Secretary of State, accompanied by the top military commander Joseph F. Dunford was all set for the first American interaction with Pakistan’s new Prime Minister Imran Khan and his old master, the Army Chief, Gen Qamar Javed Bajwa. Pakistan will hope and pray that the visit will mark a much needed thaw in relations with the Trump regime.

Pompeo, a former CIA chief, is well acquainted with Pakistan’s history of fanning terrorism in South Asia. Topping is the latest Pakistani mischief of questioning the US readout of a conversation between him and Imran Khan. He had spoken of the need for Pakistan to rein in terrorists who are offered hospitality by Pakistan. Pakistan denied the US state department readout while haughtily demanding that the US issue the ‘correct’ version. The demand was apparently aimed at protecting Imran’s image as a tough leader who could fix the Americans; it only led to red faces. The US issued the text of the brief talk which exposed the Pakistani charge as bogus. To save face, the old school diplomats at the Pak Foreign Office asked Americans to set aside and said the two countries should move on.

But old habits die hard. After the fiasco over Pompeo-Imran Khan conversation, Pakistan continued with its crude ways by asking the French president to call later when he had telephoned to congratulate the new prime minister. The call from Paris came at a mutually agreed time but Imran refused to take it. Reason it would have interrupted his interaction with select group of media personalities, and he did not want such interruption lest it send a ‘wrong’ signal to his core constituency that has been brought up on an anti-west diet.

Put bluntly, all this fits into a pattern of Pakistan conducting foreign relations with arrogance, bravado, denial and a lot of lies. It has failed to see how harmful it has been for the land of the pure to live in a make believe world of its own. Pakistan often finds itself isolated in the international community while it wails loudly that the world pays no attention to its grievances, particularly against India.

Pompeo may come with a brief to find ways of reworking relations with Pakistan because the US believes it needs Pakistan’s help to end the never-ending strife in Afghanistan. But both he and his Republican President are also aware that no matter what you do to please the Pakistanis, they will always betray America. The January 1, 2018 Tweet of Donald Trump that an ungrateful Pakistan had given the US nothing but ‘lies and deceit’ in return for the $33 billion aid since 2012 continues to echo in both Washington and Islamabad.

Even when making some conciliatory noises in Islamabad, Pompeo is likely to deliver what the Pakistanis call a ‘sermon’– asking it to ‘do more’ to eliminate the terror safe heavens on Pakistan-controlled territory. That is one point that grates the Pakistanis most. Their denials on the issue are as repetitive and predictable as the US ‘sermon’.

It is possible that Imran Khan get the satisfaction of not being pressed too hard on the terror issue by Pompeo if his brief is indeed to explore ways of salvaging US-Pakistan relations. And the Pakistani prime minister may be satisfied with a pro-forma denial because contrary to his public posture, he does seek reconciliation with the US.

Pakistan’s economy is in dire straits.  With projected external financing requirements of $31 billion in FY19, Pakistan has no option but seek an International Monetary Fund (IMF) programme, according to the latest projections of the Citi Bank- the American Bank that “never sleeps”. Johanna Chua, Citigroup’s Head of Emerging Markets Asia Economics & Strategy Bank in a report released on Monday, Sept 3 said Pakistan is likely to approach IMF by end September. She warned that “not going to the IMF is a far more economically and politically painful/riskier option than otherwise.”

The report has poured cold water on Pakistani hopes of help from Saudis and the Chinese.  While the IMF appears to be “very ready to engage the government” and the US “sees a stable Pakistan economy in its best interest geopolitically” while the Chinese and the Saudis “do not want to be the ‘lenders of last resort”, the Citi report said in an obvious reference to speculation that a bilateral bailout might be on the cards from all-weather friend China and ‘brother’ Saudi Arabia.

Many Pakistanis themselves believe that the best course to tide over its current financial problems is the IMF bailout. That is indicated by the fact that the usual poisonous anti-US rhetoric of Pakistanis has been considerably toned down of late. Imran Khan himself has talked of improving relations with the US, which is also what he said about India. But while he can continue to be hypocritical about his desire to improve relations with India, he cannot be that flippant in his attempts to woo the Americans. Pakistanis playing up the fact that the first heavy weight foreign visitor to call on their new prime minister will be the US Secretary of State. 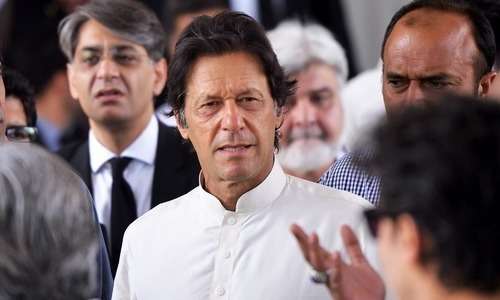 Pompeo’s Pakistan visit was announced rather unexpectedly. He was to fly direct to Delhi and join the Secretary of Defence for talks with their Indian counterparts for the first but twice postponed ‘2+2’ talks between the two countries.Whatever the Pakistanis think, the meeting has great strategic importance.

Imran Khan will surely badger Pompeo with a litany against India. He will sell to him the idea that Pakistan has offered a ‘hand of friendship’ to India but simultaneously harping on Kashmir.

The Queen Bee of the anti-India brigade in the Imran team, Shireen Mazari, has worked on a document that is supposed to have the formula for resolving the Kashmir ‘dispute’. That document will be unfolded before Pompeo. It may be no more than old wine in new bottle.

On his part, Pompeo might pretend to buy the Pakistani fib about its desire to befriend India and the magic formula it has conjured up to end the Kashmir ‘dispute’. Nothing more nothing less! To the dismay of double-crossing Pakistanis!