Deadly ‘volcano tsunami’ hits Indonesia. So far the to;; is 168. The disaster management agency warned that the death toll in the tsunami that struck at about 9.30 p.m. on Saturday, might rise further….reports Asian Lite News 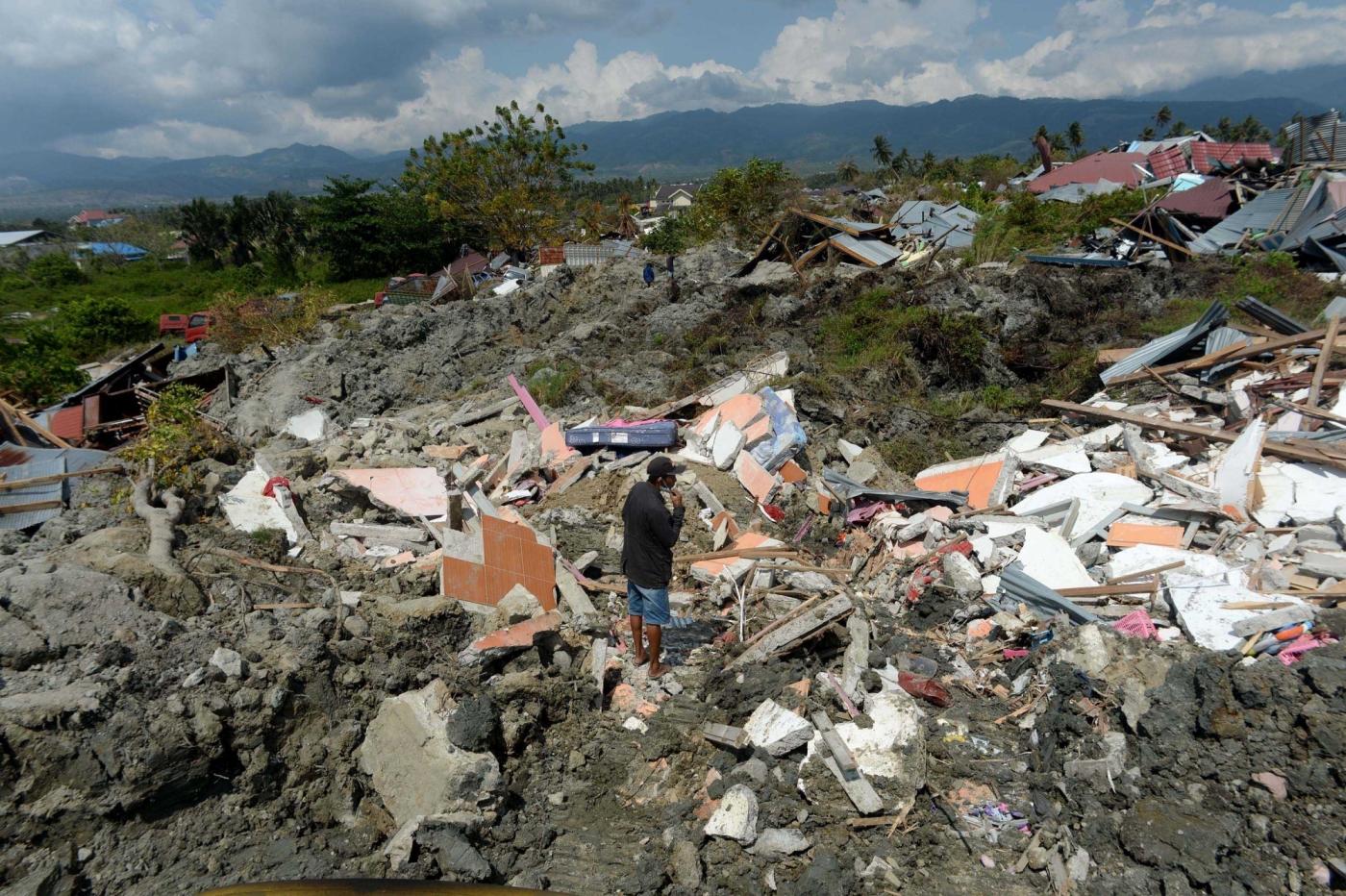 At least 168 people have been killed and 584 injured after a tsunami hit the coast on Indonesia’s Sunda Strait possibly following undersea landslides after the Krakatoa volcano erupted, government officials say.

The disaster management agency warned that the death toll in the tsunami that struck at about 9.30 p.m. on Saturday, might rise further, the BBC reported.

The Sunda Strait lies between the islands of Java and Sumatra, connecting the Java Sea to the Indian Ocean.

Deaths have been reported in the Pandeglang, South Lampung and Serang regions. Among the areas hit was the popular Tanjung Lesung beach resort in west Java. There was no warning of the advancing wave, the BBC said.

Footage shared on social media showed a large wave crashing into a venue in the resort, where a popular Indonesian rock band, “Seventeen”, was performing.

Members of the band were seen being swept away as the wave destroyed their stage.

In an Instagram post, the band’s singer, Riefian Fajarsyah, asked people to pray for his wife, and said two band members and the band’s road manager were missing.

The country’s Red Cross said it was on the scene and searching for victims in the rubble of one collapsed building.

Hundreds of buildings have been damaged and 20 people were missing, Efe news quoted the national disaster management agency as saying.

Oystein Lund Andersen, a Norwegian volcano photographer, who was on the Anyer Beach in West Java, trying to photograph the erupting Krakatoa volcano, told BBC: “Earlier in the evening, there was quite heavy eruption activity.

“But just prior to the waves hitting the beach, there was no activity at all. It was just dark out there.

“And suddenly I saw this wave coming, and I had to run. There were two waves. The first wave wasn’t that strong — I could run from it.

“I ran straight to the hotel, where my wife and my son were sleeping.
And I woke them up… and I heard a bigger wave coming. I looked out of the window when the second wave hit. It was much bigger.

“The wave passed the hotel. Cars were pushed off the road. We and other people at the hotel went straight to the forest (on higher ground) next to the hotel. And we’re still up on the hill now.”

Indonesia is prone to tsunamis because it lies on the Ring of Fire – the line of frequent earthquakes and volcanic eruptions that circles virtually the entire Pacific rim.

In September, more than 2,000 people died when a powerful earthquake struck just off the central Indonesian island of Sulawesi, setting off a tsunami that engulfed the coastal city of Palu.

On 26 December 2004, a series of huge waves triggered by a powerful earthquake in the Indian Ocean killed about 2,28,000 people in 14 countries, mostly in Indonesia. However, tsunamis caused by volcanic activity like this are less frequent.