Ten years after the dastardly Mumbai terror attacks, memories of the bloody mayhem seem to have faded in peoples minds like some horrible nightmare – but for survivors and families of victims the day still evokes dread….writes Quaid Najmi 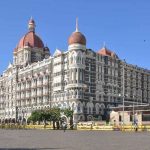 Except for symbolic memorial services all over the city planned by VVIPs for photo-ops and the mandatory media coverage, there is barely any evidence of public emotion over those harrowing 60 hours which shook the nation’s soul.

Ten heavily-armed terrorists, sneaking in through the Arabian Sea, attacked multiple locations within a small geographical area, killing 166 persons — including Indian security personnel and 26 foreign nationals — and left another 300 injured, besides inflicting huge damage to public and private properties.

The toll on the nation’s collective social-political psyche was higher, but the scars have apparently healed.

“Whatever happened was very sad for the country. We remember the victims… But, all have moved ahead in life and think of a bright future,” said Rakesh Upadhyay, director at an ayurvedic pharmaceutical company.

He was among the millions worldwide who remained glued to the television during the November 26-28, 2008, terror attacks and watched the real-life drama live – and it unfolded like some unbelievable Hollywood disaster film.

“It was a massive national tragedy, we still feel bad about what happened, especially for the innocent victims. Now, it feels like a bad dream. Everyone is busy tackling major problems of daily life,” shrugged a middle-class housewife, Minakshi Baikar, adding how her son Atharva was a then a year-old toddler and is now 11.

However, Sharda Bhosale, 60-year-old widow of martyred policeman Balasaheb Bhosale (he was in the team that helped nab Kasab at Chowpatty) has yet to come to terms with his death, her son, traffic policeman Deepak Bhosale, said.

“Each year, on November 26, she invariably falls ill over my father’s painful death and his memory… She remains like that for at least 5-6 days. The entire family shudders every time the calendar changes to November,” Deepak told IANS.

As the day looms closer, dark memories of the attacks flicker alive, reminding people of how the extremists unobstrusively entered Mumbai to execute their sinister plans on a cold evening.

Alighting from a hijacked dinghy at a small fishing bay near Colaba, they divided themselves into groups of 2-3 and systematically went after their surgically-planned targets, catching everyone unawares.

So well-prepared were they with inputs and reconnaissance carried out by various accomplices, including Pakistani-American David Coleman Headley, that they melted into the crowds and walked around in a familiar manner in south Mumbai, reaching their destinations precisely.

They targeted the Chhatrapati Shivaji Maharaj Terminus, Hotel Taj Mahal Palace & Tower, Hotel Trident, Nariman House, Leopold Café, Cama Hospital, Wadi Bunder — all within a radius of barley 4-5 kms — while a bomb exploded at suburban Vile Parle in one of the taxis they had earlier hired.

Nine of the terrorists were gunned down in the combined security operations that included the Mumbai police, army and naval commandos, and other paramilitary forces who battled them for 60 hours as the city waited with bated breath.

In the wee hours of November 27, barely six hours after the mayhem started, one of the terrorists, Ajmal Amir Kasab (22), was caught alive following a fierce gun battle with the police near Chowpatty Beach, proving to be a significant achievement.

Kasab and his accomplice were speeding in a hijacked car towards Malabar Hill, where the Governor’s residence Raj Bhavan and the Chief Minister’s official residence — besides those of other VVIPs — are located.

An aggressive Mumbai police interrogated Kasab, investigated the matter thoroughly, and identified and named 35 accused directly or indirectly responsible for the 26/11 terror attacks. With the top police brass personally directing investigations, an air-tight case was made against Kasab — the sole terrorist nabbed alive.

Making doubly sure he would be convicted, the prosecution was handed over to a top criminal lawyer, Special Public Prosecutor Ujjwal Nikam. With his rich experience in the case relating to the March 12, 1993, Mumbai serial blasts, he successfully directed the trial right from the Special Court in Mumbai to the Bombay High Court and finally the Supreme Court.

During the trial, in January 2010, the then Maharashtra Home Minister, R.R. Patil (now deceased), took the bold decision to order the covert burial of the nine slain terrorists. The location is still a mystery.

Finally, two years after the 26/11 carnage, on May 6, 2010, Kasab was awarded the death sentence, and the nation heaved a collective sigh of relief.

Exploiting the legal privileges granted in a democracy like India, Kasab challenged the verdict right up to the Supreme Court but was dismissed at every level. Even the President of India rejected his mercy petition.

Terming it as the “greatest challenge of his legal career”, Nikam said “full justice has still not been done” to the innocent victims as the main conspirators remain under the protection of Pakistan. Even as the trial continues there, Islamabad remains furtive and argumentative and doesn’t give credence to the evidence submitted to it by India.

“As long as extremists like Hafeez M. Saeed and Zaki-Ur-Rehman Lakhvi are not punished, neither Pakistan nor India can be considered free of terror. On the Indian side, the 26/11 trial continues with Abu Jindal and the deposition of Headley,” Nikam told IANS.

Later, on the quiet and cool morning of November 21, 2012, Kasab was hanged inside Pune’s Yerawada Central Jail and his body disposed off somewhere on the jail campus. The exact location remains unknown.

Not surprisingly, all the legally tenable actions post-26/11 by India, including the disposal of the terrorists’ bodies, Kasab’s hanging and his last rites, evoked no international opposition, barring some stray murmurs in Pakistan.

With the experience of 26/11 as a grim lesson, security was boosted on all fronts — terrestrial, coastal and maritime — and the outcome is that Mumbai is scarred but safer.