The GSLV-MkII rocket slung the satellite in a geosynchronous transfer orbit (GTO) from where it would be taken up to its final geostationary orbit by three orbit raising manoeuvres.

ISRO’s scientists at the mission control centre were visibly happy, slapping each others’ backs and hugging each other once the rocket ejected the satellite into the intended orbit.

Indian Space Research Organisation (ISRO) Chairman K. Sivan said: “This is the sixth successful launch of GSLV with the indigenous cryogenic engine. The GSAT-6A satellite was placed in its designated orbit precisely.”

“The GSAT-6A will complement GSAT-6 launched earlier. The two satellites will provide platform for advanced technologies for point-to-point communication.”

He said the GSLV rocket had major improvements to enhance its performance.

The induction of high-thrust Vikas engine enhances the performance capacity of the second stage by around six percent. 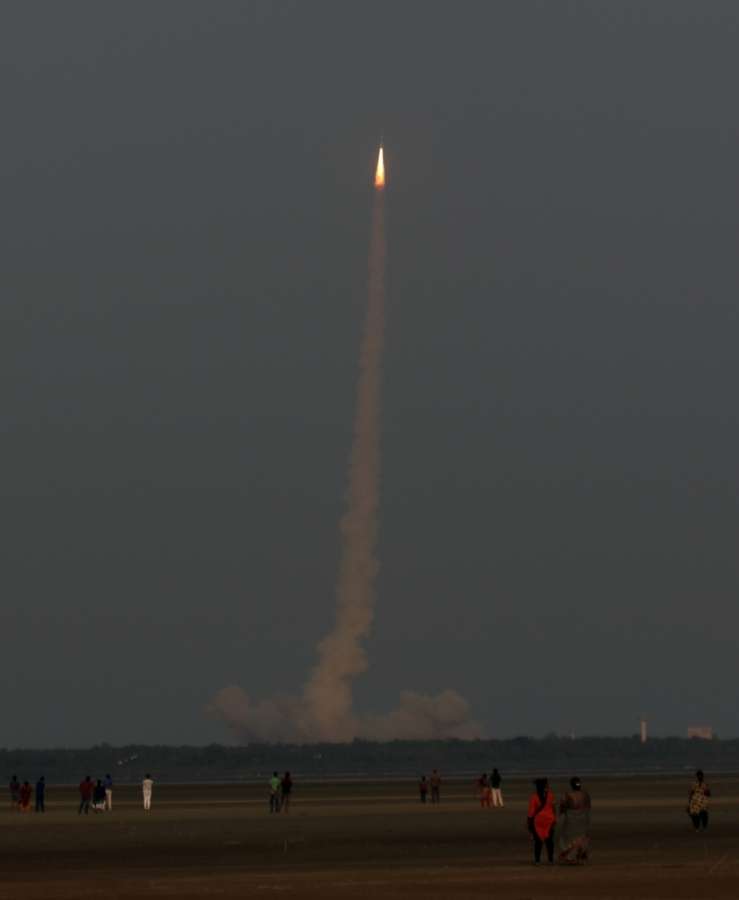 Precisely at 4.56 p.m., the GSLV rocket ascended into the sky from the second launch pad here at Satish Dhawan Space Centre and the 49.1 metre tall rocket, weighing 415.6 tonnes, slung the two-tonne satellite into the intended orbit 17.46 minutes into its flight.

The purpose of the satellite is to provide mobile communication applications in S-band in five spot beams and C-band in one beam during its 10-year lifespan.

The GSLV is a three stage/engine rocket. The core of first stage is fired with solid fuel while the four strap-on motors by liquid fuel. The second stage is the liquid fuel-propelled and the third is the cryogenic engine.

According to ISRO, two improvements — induction of Vikas engine and electromechanical actuation system — have been made in the rocket’s second stage this time around.

One of the crucial rocket engines is the cryogenic engine, designed and developed by ISRO, and more efficient than the other two variants as it provides more thrust for every kilogram of propellant burnt.

With this successful launch, India established the performance of its GSLV-MkII rocket which in future may fetch orders from third parties for launching their satellites.

India puts into orbit foreign satellites for a fee using its lighter rocket – the Polar Satellite Launch Vehicle (PSLV) as their weight is not much.

Revenue for launching satellites depends on weight of the satellite – higher the weight, higher will be the revenue.