Congress President Rahul Gandhi on Thursday slammed Prime Minister Narendra Modi for not addressing a single press conference in four years. Rahul accused the PM of trying to distract voters from issues concerning Karnataka’s future, and said the elections were not about him…..reports Asian Lite News 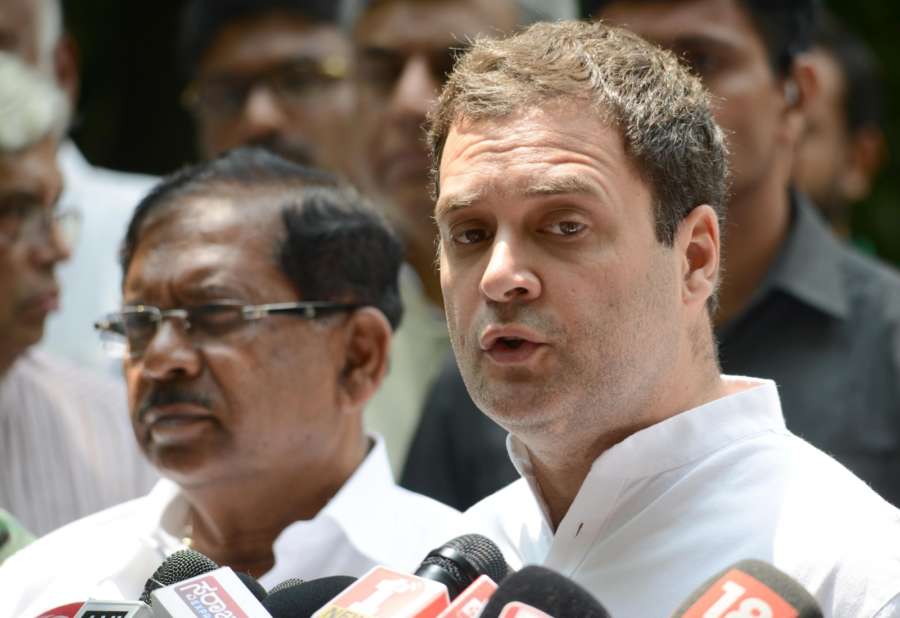 Hours after addressing a media conference here, Gandhi promised to hold many more such interaction with journalists.

“Enjoyed meeting the regional and national press today in Bengaluru. We had a packed house! I am sorry not everyone got a chance to ask a question due to the paucity of time,” Gandhi tweeted.

“But, unlike our Prime Minister who hasn’t had a press conference in four years, I will be doing many more of these,” he added.

Under attack from PM Modi for declaring his prime ministerial ambitions, Rahul on Thursday accused the former of trying to distract voters from issues concerning Karnataka’s future, and said the elections were not about him.

Addressing the media here on the last day of campaigning, when Gandhi was quizzed about Modi’s attack on him following his declaration, he said: “As far as PM’s remarks are concerned this is Karnataka election. All these remarks are aimed at distracting the voters.”

Gandhi had officially thrown his hat into the ring on Tuesday. When asked by the media whether he harboured prime ministerial ambitions, the Congress chief said: “Yes, why not?” If his party emerged as the single-largest party in 2019.

“I am not going to engage in that distraction,” Gandhi said.

During an interaction with eminent citizens in Bengaluru on Tuesday, Gandhi had also said that Modi would not be the Prime Minister again.

Modi on Wednesday dismissed Gandhi’s remarks calling him an immature and arrogant “naamdar” (dynast), who does not have confidence in his alliance partners and does not care about Congress’ internal democracy.

Gandhi finished his ninth leg of campaigning for the May 12 Karnataka Assembly polls on Thursday and went all out to mount a direct attack on the BJP over its manifesto, personal slandering and issue-less campaign by Modi.