Malayalam superstar Dileep and nine other accused appeared before the Ernakulam District and Sessions Court as the trial in the infamous actress abduction case began here on Wednesday….reports Asian Lite News 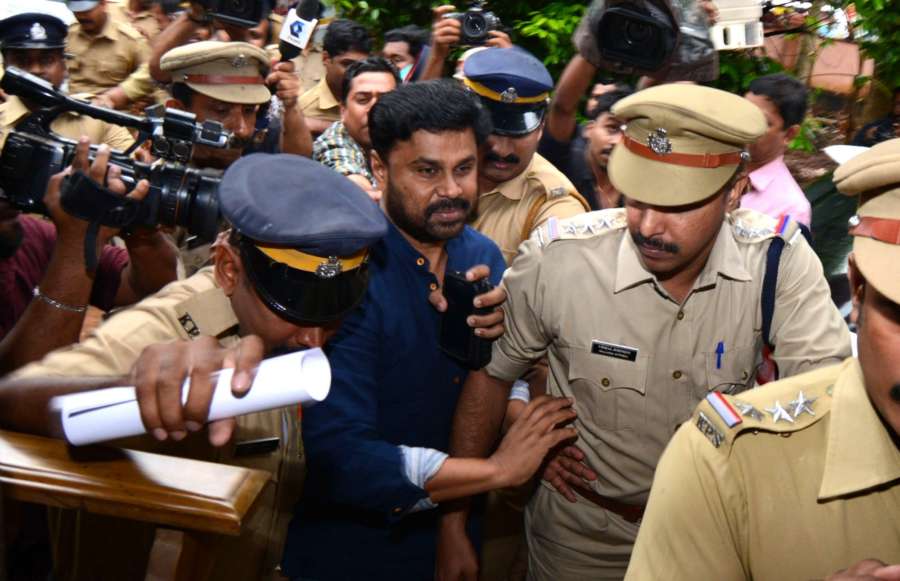 The accused stood in the dock as counsel for the actress requested the court that they would prefer a woman judge and wished to have an in-camera trial.

Two accused, however, failed to report on the opening day of the trial.

The court directed that all records of the case barring the visuals, which were shot when the actress was harassed, be handed over to Dileep, who is eighth accused in the charge-sheet.

The case has now been posted for March 28.

Dileep was arrested after two rounds of questioning on July 10, 2017, for his alleged role in the conspiracy for the abduction of the young actress. Dileep’s former wife Manju Warrier is one of the witnesses in the case.

After remaining in jail for 85 days, Dileep secured bail.

The actress was allegedly abducted on February 17 last year when she was on way to Kochi from Thrissur.

Pulsar Suni, the prime accused, drove her around for two hours before she was dropped near the home of director-actor Lal, who later called the police.

A British TV media company also was covering the day’s developments as they have listed this case as one among the various high profile cases they are documenting.