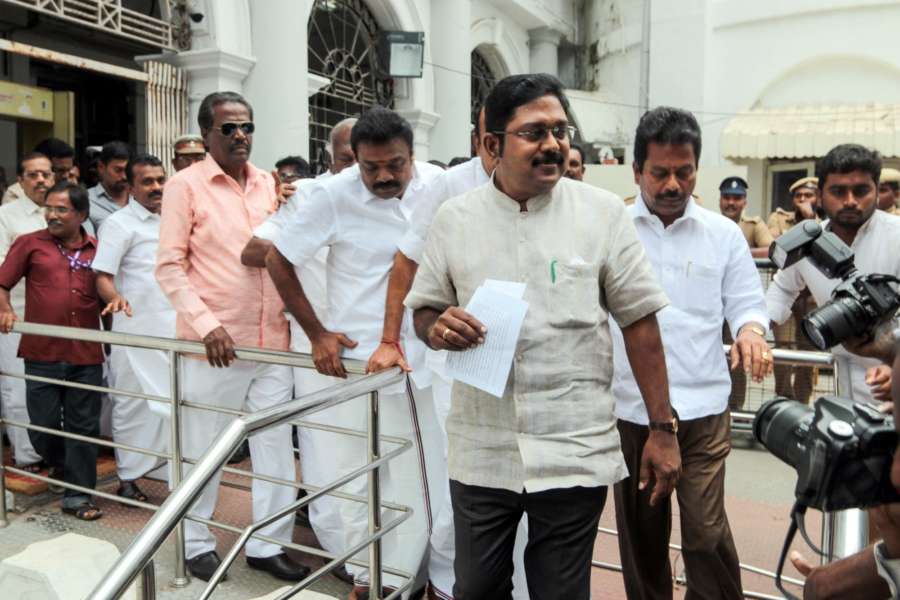 He announced his party’s name at Melur near the temple town here in Tamil Nadu. The party flag was later unfurled.

“From today onwards we will function with a name and work to recover the ‘two leaves’ symbol of the AIADMK,” Dinakaran said.

He said till the party recovers the ‘two leaves’ symbol, it will contest the elections with the ‘pressure cooker’ symbol.

On March 9, the Delhi High Court allowed Dinakaran’s plea for use of a common poll symbol — preferably ‘pressure cooker’ — and a suitable party name to carry on with his politics.

The court was hearing Dinakaran’s plea for permission to use “pressure cooker” symbol for local bodies elections likely in April in Tamil Nadu or any other elections, during the pendency of the writ petitions regarding the AIADMK’s ‘two leaves’ symbol.

In December 2017, Dinakaran won the Radhakrishnan Nagar bypoll as an Independent which he contested with ‘pressure cooker’ symbol.