The IT major — whose shares rose over four per cent to a new high of Rs 3,557 per share on the BSE during market hours — overtook its global peer Accenture, which has a market value of $98 billion dollars.

“It is a very proud moment for all of us. TCS has been able to create value consistently by making the right investments not only in terms of technology, but also in terms of creating capabilities, building leadership and talent, seeding new markets and developing scalable world-class solutions,” N. Chandrasekaran, Chairman, Tata Sons, said in a statement.

“I would like to thank our shareholders for their continued support,” he said.

“TCS crossed $100 bn in m-cap in trade today, becoming the first Indian company to do so. In the process, it just got ahead of its global peer Accenture. TCS continues to execute dependably for a company of its size,” Deepak Jasani, Head, Retail Research, HDFC Securities, told media.

“Though the number one company Apple — with a marketcap of $840 billion — is much ahead of TCS, India has reasons to be proud of TCS. Having delivered over 22 per cent CAGR (compounded annual growth rate) returns over its 14 years of listing, it has made many Indians wealthy in its journey,” he added. 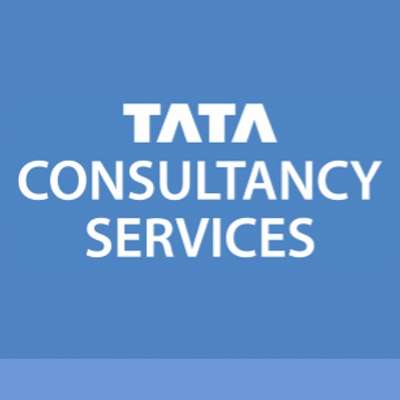 “TCS had surged by nearly 7 per cent on Friday, making investors richer by over Rs 40,000 crore in a day. TCS, part of the salt-to-software conglomerate Tata group, reported Rs 32,075 crore as income from operations — a rise of 8.2 per cent from a year ago,” said Dhruv Desai, Director and Chief Operating Officer of Tradebulls.

“It also announced a 1:1 bonus of shares and a dividend of Rs 29 a share, taking the total payout to shareholders at Rs 50 for the year. TCS has given out close to Rs 26,000 crore to the shareholders in dividends and bonuses in the year,” Desai told IANS.

In a regulatory filing to the BSE, the global IT services, consulting and business solutions organisation on Monday said it has been positioned in the ‘Winner’s Circle’ in HfS Research’s “Enterprise Artificial lntelligence(AI) services 2018 Blueprint”.

“The digital era is going to be a large opportunity for TCS. Organisations are transforming into real-time enterprises driven by data, analytics and automation irrespective of its business and TCS is well positioned to make an impact and continue to deliver value,” added Chandrasekaran.