Seasonal variations in the “hydrological load” in the Indo-Gangetic plains play a key role in the genesis of Himalayan earthquakes, a team of geophysicists from India and the US said…reports Asian Lite News 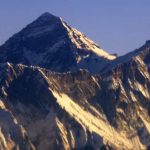 The Himalayas block the northward monsoonal winds from the Indian Ocean during June to September, resulting in extreme precipitation on the southern slopes that fills up rivers of the Ganges basin, increasing the pressure bearing down on the region.

While it is known that strain built up by the continually converging tectonic plates beneath the Himalayas is responsible for unleashing the earthquakes, the tectonic deformation along this plate boundary “can be significantly influenced by hydrological loading cycles centered in the Indo-Gangetic plains”, the geophysicists report.

The exact interaction between this seasonal (non-tectonic) deformation induced by hydrological load and tectonic deformation along the Himalayan plate boundary has implications for the seismic hazard, but has so far remained elusive.

“We focus on this important issue, and this paper demonstrates how the hydrological load-induced deformation influences the tectonic deformation in the Himalayas and the seismogenesis,” Vineet Gahalaut, Director, National Centre for Seismology, New Delhi, and a co-author, told this correspondent.

Precipitation patterns and associated seasonal water-mass accumulation and mass redistribution by the Himalayan river system dominates regional surface loading along the Himalayan arc and in the adjoining Indo-Gangetic plains. Also, during the winter, snow accumulates in glaciers on the high peaks of the Himalayas.

“Our study demonstrates how the deformation induced by hydrological load influences the tectonic deformation of the crust and the uppermost mantle and possibly impacts tectonic processes in the Central Himalaya and adjacent regions,” says the report.

The researchers analysed the seasonal variations in GPS sites and found that these sites are located “close to the “downdip edge” of Main Himalayan Thrust (MHT) — which is the fault that separates the under-thrusting Indian plate from the overlying Himalayan wedge and is the seat of major earthquakes in the Himalayas.

“Thus the influence of hydrological load gets amplified here and leads to seasonal tectonic deformation in the region,” says the report.

According to the authors, GRACE satellite data on water level, regional rainfall and “micro-seismicity” suggest that the non-tectonic seasonal stress perturbations “ultimately influences the timing of central Himalayan earthquakes”.

“Non-tectonic hydrological load over Southeast Asia is the second-largest one in the world, after the Amazon basin, and it significantly influences the tectonic processes in the Himalayan plate boundary,” Kundu told this correspondent in an email.

“These non-tectonic signals need to be identified and taken into account in order to improve our understanding of tectonic processes,” Kundu added.