This is the first Queen’s Birthday Party in Karachi for Elin Burns in her role as Deputy High Commissioner. The event featured music from a British military band – a woodwind quintet from the Band of the Irish Guards, as well as a flower wall inspired by the Union flag….reports Asian Lite News

To celebrate Her Majesty the Queen’s 92nd birthday, the British High Commissioner Thomas Drew CMG, alongside the British Deputy High Commissioner in Karachi Elin Burns hosted a reception in Karachi. Speaker Sindh Assembly, Agha Siraj Durrani, was the Chief Guest at the celebration, which was also attended by prominent guests from the world of government, business, diplomacy, arts and entertainment, academia and the media.

This is the first Queen’s Birthday Party in Karachi for Elin Burns in her role as Deputy High Commissioner. She wanted the event to reflect the unique place of the UK in Karachi and Sindh. The theme for the event was a Secret Garden Party, set against the historic backdrop of Acton House and its beautiful garden. The food was a twist on the classic British afternoon tea; including dainty sandwiches, scones with clotted cream and preserves, along with cakes and pastries.

The event also featured music from a British military band – a woodwind quintet from the Band of the Irish Guards, as well as a flower wall inspired by the Union flag. 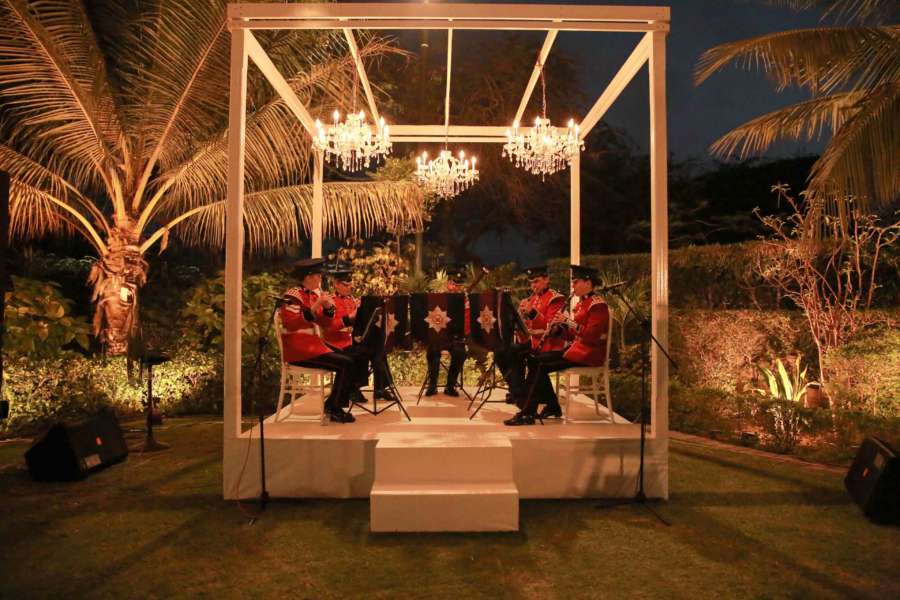 Speaking at the reception, the British High Commissioner to Pakistan, Thomas Drew CMG, said: “I am delighted to be in Karachi to celebrate Her Majesty’s 92nd birthday. The UK’s relationship with Pakistan is special. Our two countries have incredible people to people links and work particularly closely in the fields of education, health, culture and security.  While these strong links extends to trade, our aim this year is to take our trading relationship to the next level.

“Our big focus for our work here in 2018 is around the next generation of Pakistan, the two thirds of Pakistan’s population under the age of 25, that is the key to the future stability, security and prosperity of this country – which matter so much to all of us.  Helping that generation fulfil its great potential is a focus of our work.  It is no coincidence that we do more on education here – through DFID and the British Council – than in any other country in the world.” 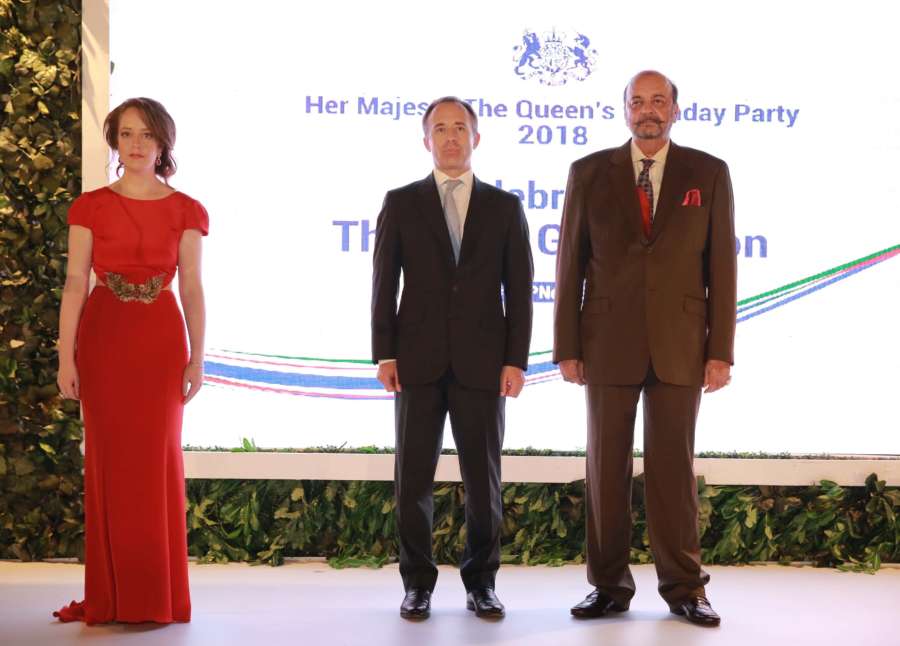 British Deputy High Commissioner, Karachi and Director for Trade in Pakistan, Ms Elin Burns, said: “I am very delighted to be hosting my first Queen’s Birthday Party in Karachi. Her Majesty’s birthday is a great opportunity to reflect on the strong trading partnership that the UK and Pakistan share, and the potential for the future. From start-up firms to young entrepreneurial talent, Pakistan has a wealth of opportunities available to encourage business partnerships which support socio-economic development. By working together we can realise Pakistan’s ambition for long-term, sustainable growth.