Corbyn led a three-hour debate in the House of Commons over the Parliament’s rights in relation to the approval of military action by British forces overseas.

Although Corbyn won by 317 to 256, a majority of 61, political commentators described it as a symbolic victory.

Corbyn said the debate has been about the rights and role of the Parliament, and with no written constitution, he said there was need of a War Powers Act to formalise the process of Britain engaging in military action.

The debate came as a result of Britain’s involvement in weekend air strikes in Syria alongside France and the US.

Corbyn said May ordered the weekend air strikes on Syria without observing a 2011 convention by the previous Conservative coalition government that the House of Commons should have a chance to debate before troops were committed to military operations.

May told MPs it would have been wrong to recall the British Parliament before the air strikes last weekend in Syria as it might have helped the enemy, adding that uncertainty was crucial. 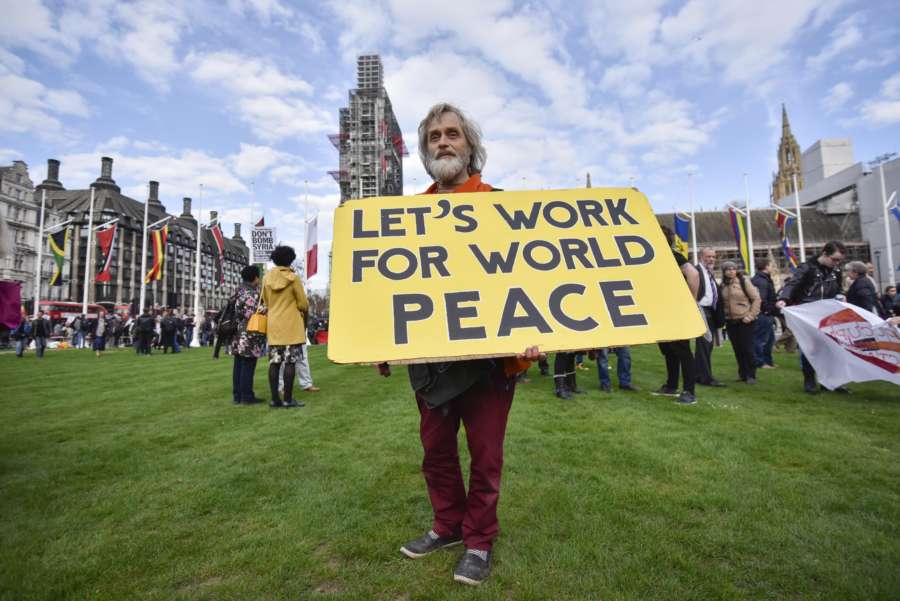 May said a War Powers Act proposed by Corbyn would mean interventions, like the action have taken last week in Syria, would become unviable.