Punjabi superstar and singer Diljit Dosanjh is set to return to the UK this May. After selling out his tour in 2016, fans in the UK are to expect an astounding live spectacle as Diljit prepares to wow his fans performing his greatest and latest hits….reports Asian Lite News 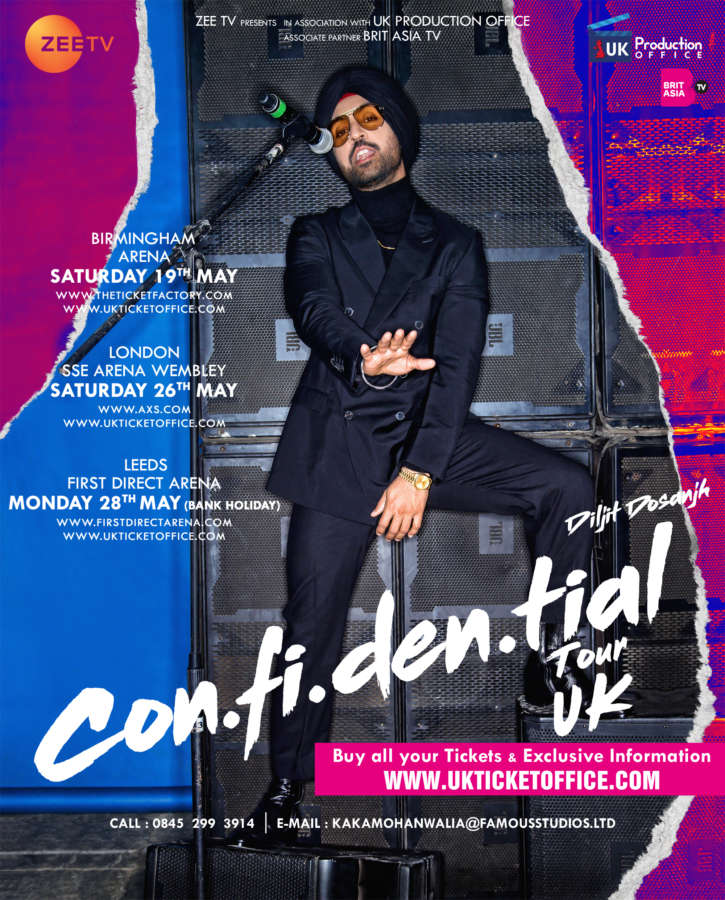 With countless hit songs and iconic roles in Punjabi cinema, Diljit Dosanjh is without a doubt the most celebrated Punjabi artist of the era. From Punjabi films like Jatt and Juliet, Sardar Ji and Super Singh paving the way for his Bollywood debut in the controversial and important Udta Punjab (2016), Diljit will be starring in Soorma, an upcoming biopic made on legendary Hockey player Sandeep Singh Singh‘s life journey, which releases in cinemas on July 13, 2018.

With the first Punjabi song to be featured on the music player Vevo, Proper Patola in 2013, to 2016’s smash-hit Do You Know?, which has almost 80 million views on YouTube, Dosanjh has been wowing the audience with his vocals for over a decade.

His armies of devoted UK fans are now to welcome the Punjabi superstar back this May for the first time since his 2016 tour. Dosanjh will be delivering three electric concerts, dates as follows: