Most of us pray at least every morning. Some go to temples, mosques, churches, gurdwaras and synagogues, but a high percentage pray early morning at home and request the Almighty for a peaceful, prosperous and happy day. But recently I was fortunate to experience a very special way of prayer; a prayer with a pledge….writes Birbahadur Singh Bance 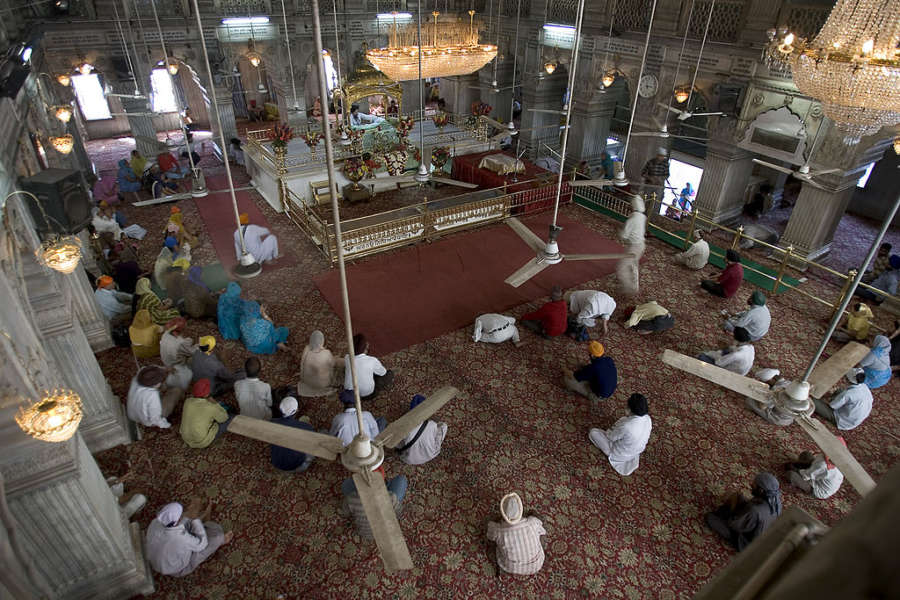 In Sikhism, the daily prayers are popularly known as ” Nitnem ” meaning daily routine. I wish to share my experience with you when I met with a very unique Sikh daily prayer.

I go to my local gym on average about three times a week. Not that I am a fitness fanatic, it is on my doctor’s orders to get some exercise in my old age but I take the opportunity of jacuzzi and a steam room relaxation while am there . This particular day when I entered the gym a very humble Punjabi voice greeted me: “Sat Sri Akaal Uncle”. I turned around to find a twenty-five to thirty year old, smart Sikh young man greeting me with a smile.

There are very few Asian members of this club (gym) let alone Sikhs and especially Sikhs with full hair really very few. Mostly when I meet an Asian, they hardly communicate in Punjabi; I think maybe they do not want to be known as Punjabi. So this greeting in Punjabi really attracted me with a really pleased voice. I greeted him back with a praise of his greeting. It is really pleasing. “Sat Sri Akaal young man. It is a real pleasure to meet you,” I said in Punjabi.

Him being young went moved apace and went ahead with the speed and me being the old-ager slowly to the changing room, I changed my clothes and went upstairs to do some exercises, where  I briefly saw him again and waved as if he was an old acquaintance. After a small session of exercise, I came downstairs and sat in the cafe to rest a while before going to the spa area.

After my rest I went for spa and jacuzzi. When I reached the jacuzzi tub, I found the same young man enjoying a dip in the jacuzzi. After placing my towel and spectacles in the cabinet, I went to the tub and humbly requested in Punjabi, “May I join you young man?”

“Yes Uncle, definitely,” he replied smilingly. As I sat opposite him in the tub, I was attracted to some tattoos on his broad chest. Nowadays, tattoos are very trendy with all ages especially with the young ones. Most have some sort of graph, picture or illustration of their love; some simply put their loved ones name, one may find very interesting tattoos on very interesting parts of peoples bodies. But what attracted me was not a fanciful photo or a flower or a pattern but his chest was adorned with two wonderful words from the Sikh mool mantar which is the beginning of most prayers and the beginning of the Sikh Holy Script ” Sri Guru Granth Sahib”  ‘Nirbhau, Nirvair.’ ‘Fearless and Envy less.’ That was what attracted me to it.

I wanted to learn more about this so to started the conversation.

“Very pleased to see you here, especially a Sikh young man.” I said.

“What’s your name?” I said to keep the conversation going.

He quickly replied “ Satbir Singh.” Then I turned the subject toward the good facilities of the gym and he gave me the knowledge of his family business success. I could not hide my anxiousness anymore and finally asked him.

“I am wooed by your unique tattoo on your chest; I’ve never seen these Sikh prayers as a tattoo before. Most people have the first word of prayer ‘Ik Onkar’  “ੴ” or ‘Satnam’  “ਸਤਿਨਾਮ” whereas others go for a khanda (the ensign of the Sikh banner).” My question had a little criticising tone as if he was playing with the words of the Sikh Holy prayer.

“Uncle this is my daily prayer and pledge.”

“Yes,” he said, “I’m not into long prayers in the morning or evenings. After my morning shower when I go and stand in front of the mirror to dress up, I look at these words and automatically recite “Nirbhau Nirvair” and remind myself ‘Satbir, your Guru’s teaching to you is not to be afraid of anyone. Be Fearless. And to be envy-less that is I have no enemies; everyone is my own. And then I spend my day under the shelter of my Guru’s beautiful teachings.” 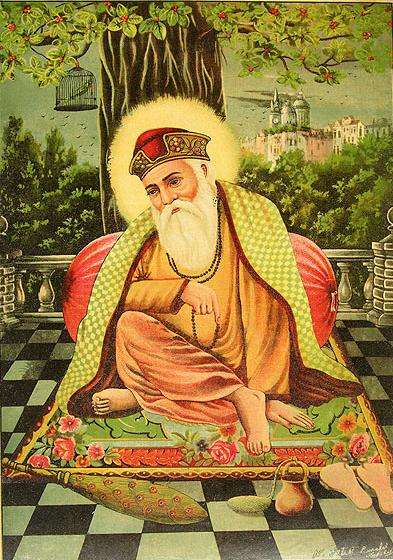 I was overwhelmed with his words; he had knocked me back trying to misunderstand him. It was a really pleasant feeling

“But has this produced any fruit? I mean has it affected your life or has it just become a routine task like my prayers?” I admitted.

I said this as most people including priests, pandits, imams and Gyanis preach but rarely practice the prayers. As the third Sikh Guru Amardas says, ‘har har naam japai nit rasna, kahaiya mool na janai’. The tongue recites lords name daily but refuses to obey the word it recites.

He very calmly replied “For this I would have to share my own life incident. Have you a bit of time Uncle?”

“Oh yes,” I was now finally into his unique prayer.

“I have a best friend called Bikram Singh who also has the same tattoo on his chest. Bikram and I spend every Saturday evening together sort of celebrating the weekend after a hard week. A few years ago we both went out for a meal in Shoreditch in the city of London, on this particular Saturday evening. It was a nice restaurant in a quiet setting. As we finished our delicious meal close to midnight and came out of the restaurant, our attention was drawn to four well built Asian lads who were harassing a young European girl. The girl began to walk apace to get away from them but they began to circle around her to stop her move. Luckily our car was parked a little further in the same direction so we began to move toward them.

I consulted Bikram “shall we help the girl?”

“No,” he said. “There are four of them and they are bigger than us. Especially the one that’s built like a bull (he was not wrong). And she’s not even an Asian never mind a Punjabi.”

“Bikram what’s wrong with you?” I said. “You have forgotten our Guru’s teaching Nirbhau Nirvair. We are to be fearless and since we have no enemies, we have no bar. She needs our help.”

As we were discussing, these four lads tried to grab the girl. As soon as I said “She Does needs our help,”.  Bikram shouted “Oi lads, leave the lady alone” but the one built like a bull swore very badly and told us to get lost. By this time we had both managed to stand in front of the young lady.

“Well guys you’ll have to pass through us to touch this girl”. One of them laughed loudly insulting our valour. Well, Uncle, it was a serious fight and as we were two against four, we got hurt more than them. But you know what, they couldn’t touch the girl. The girl called the police while we were fighting but until the police came and arrested these four louts, we managed to protect the young lady very well. The police thanked us for our assistance and then we were escorted to the hospital to get our wounds seen to and got back home in the early hours.

As I entered my home, my mum had a go at me while sobbing, “You fool! Why did you have to get involved with villains specially for some strangers? These boys could have been carrying weapons.” She was right in one sense.

But My dad came and hugged me.

“May Lord bless you son. You have made me proud. You have honoured the word of our Guru’s teachings. Follow them all your life. I am blessed to have you as my son.” He proudly whispered, those words made my life worth living.

Listening to his wonderful story, my heart was saluting him from it’s core. while adoring his unique prayer. “I am truly pleased and honoured to meet you Satbir. From the bottom of my heart I salute your unique prayer.”