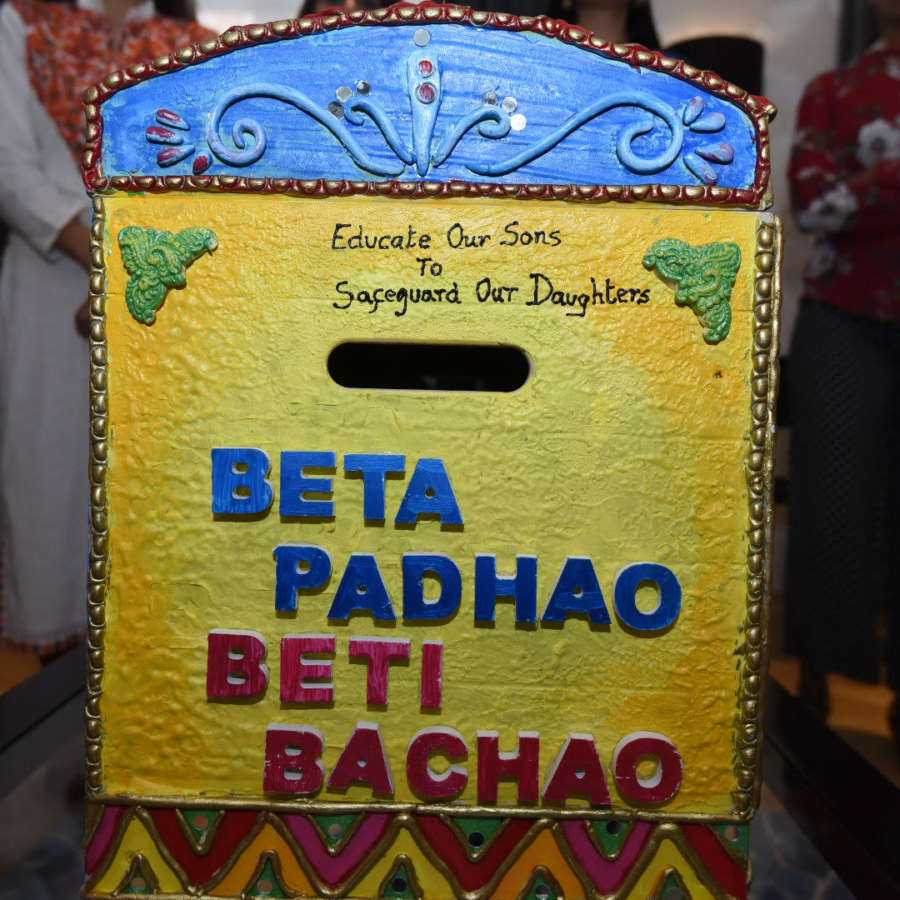 The women, led by ILUK founder Poonam Joshi, presented Mr Modi with a special chest containing messages collected from Indian women across the UK and outlining their hopes and aspirations for the future of India and appealing to Mr Modi to continue his work to safeguard, empower and educate women across India.

The box, created by the London-based artist and long-standing ILUK member Komal Hoskotii, was called #WomanKiBaat – an allusion to Mr Modi’s weekly address to the nation “Mann Ki Baat”.

Ms Joshi told Mr Modi that ILUK aims to promote the message that the most important factor in improving the circumstances of the girl child in India is to educate their male siblings, friends and peers not only on vital issues like equality and empathy but apparently “taboo” subjects such as female menstrual and reproductive health. 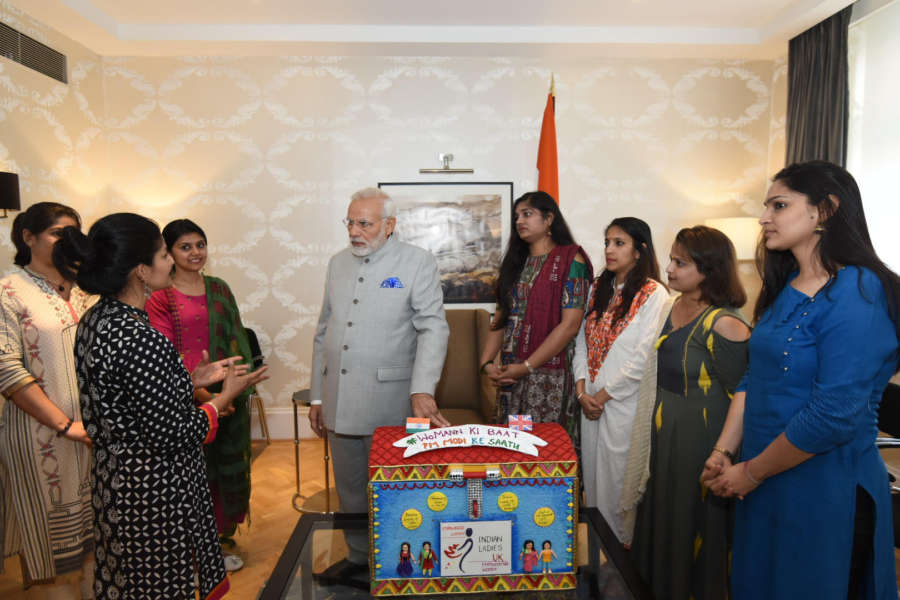 Three days after the meeting, Mr Modi took that message to the Indian masses.  At an election rally in Madhya Pradesh, the Prime Minister called on families everywhere to better educate their sons and make them more responsible when it comes to the treatment of their female peers.

Ms Joshi said: “As Indians we take a great deal of pride in our Prime Minister and the importance that he merits here in the UK.  And we have been hugely encouraged by the work that he has carried out in India, whether it is with his ‘Swatch Bharat’ initiative or his measures to improve the circumstances of the girl child.  The challenges are many as we have seen in recent days.  So it’s vital that we support Mr Modi and work with him to bring about change and create a modern, progressive India.”

Speaking of the “Beti Bachao, Beta Padhao” initiative, Ms Joshi said: “India is the most dynamic and talked-about country in the world right now.  There is so much hope and potential for the future of our country.  And yet, the global discourse about India is dominated by stories of oppression against women and minorities.  We believe that the only way to change that conversation is by promoting education, specifically the education of our boys. 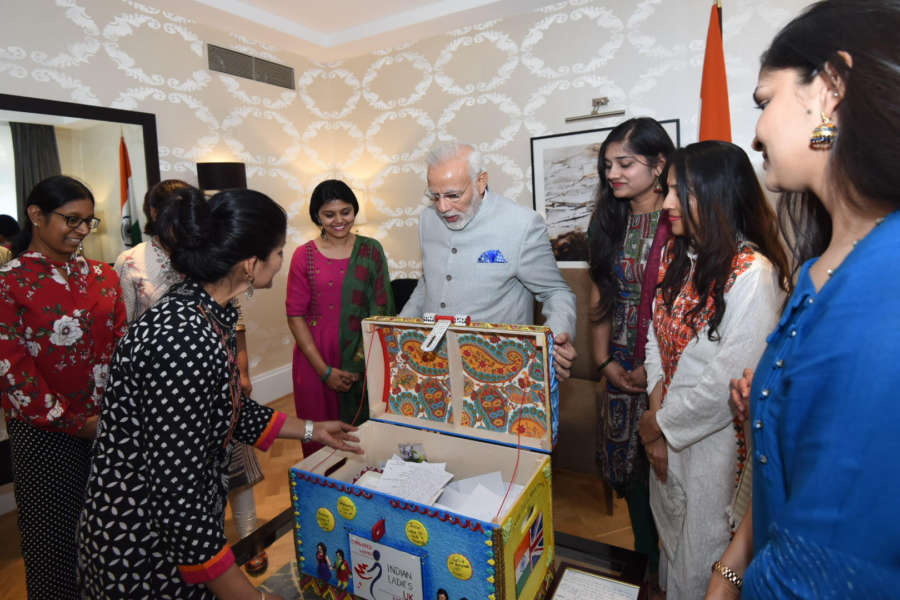 “As a mother of three boys, there is no greater duty for me than to educate my sons not just to have amazing jobs in the future but to respect and empathize with their female counterparts.  I was born and raised in India so I understand the inequality that has become second nature for us – not just on the part of men but the women who turn a blind eye to inequality.  That has to stop.  And the only place to begin is in our homes.  It is imperative for all of India’s mothers, grandmothers, aunts, sisters to stop passing on the stigma of inequality and injustice to our boys and start educating them from when they are toddlers that a better world is possible if they treat their female counterparts with generosity, empathy and equality.”

ILUK’s meeting with Mr Modi came a day after the group welcomed Mr Modi to the UK with a large and colourful “flash mob” featuring dozens of women in colourful saris.

On his visit to Britain in 2015, Mr Modi was presented with a gargantuan blanket – called the ‘Unity in Diversity’ blanket – made up of 3500 individual crochet squares handcrafted by members of the fledgling ILUK which at the time comprised some 5000 members.

Three years later, the group boasts more than 27,000 first generation migrant Indian women representing all walks of life and hailing from all corners of the Indian sub-continent. 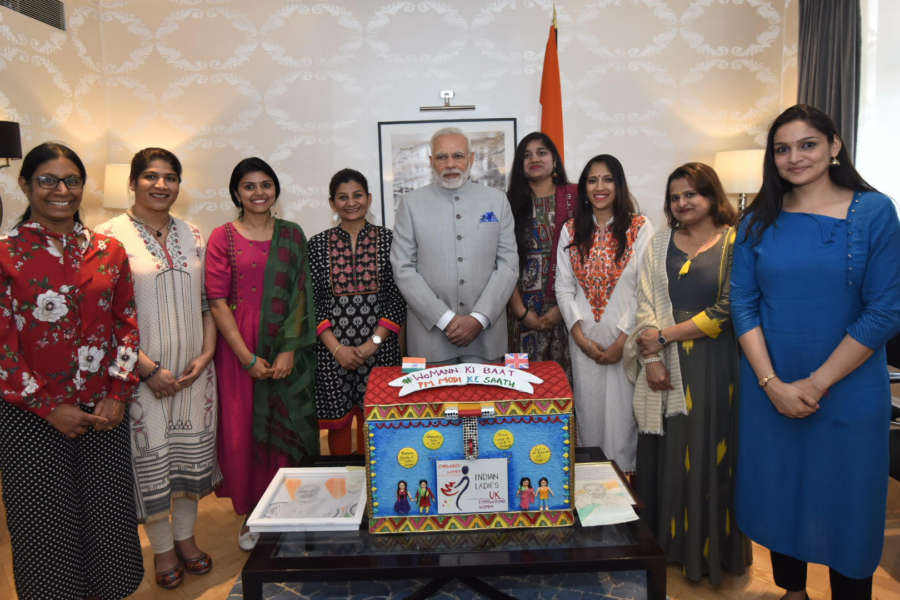 What began as a social network for newly arrived migrant women has today grown to a major not-for-profit organization that helps victims of domestic violence, spousal abandonment and dowry abuse in the UK.

The group also helps promote awareness of Indian culture in the UK and aims to help shape a progressive future for India, the cornerstone of which, its members believe is, gender equality.

During their first meeting with Mr Modi, ILUK members highlighted some of the challenges faced by first generation NRI’s in the UK.

In the interim the Indian government has introduced a number of measures to assist NRI’s, including the introduction of stricter laws governing spousal abandonment.