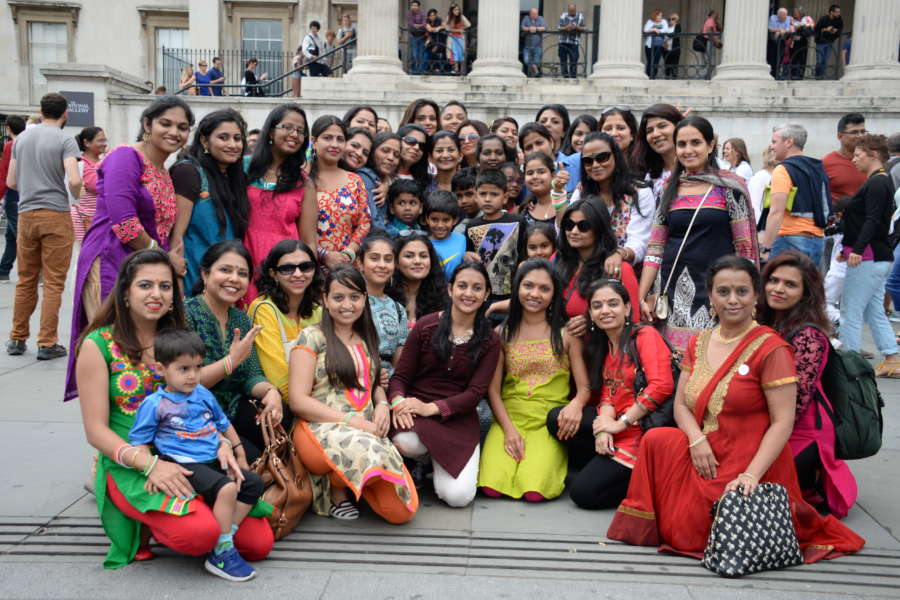 The visit coincides with the arrival of Spring in England and members of ILUK are planning to bring out the vibrant colours of the season for Mr Modi’s Benefit with a ‘Flash Mob’ at 10 Downing Street.

The performance will see dozens of Indian women, resplendent in colourful saris, perform a series of dances for Mr Modi in the heart of the British political establishment.

The group will call on Mr Modi to carry a message from Indian women in the UK to India – one of ‘Educate the Boy Child to save the Girl Child!’ – the group plans to get the slogan #BetaPadhaoBetiBachao trending during Mr Modi’s visit. 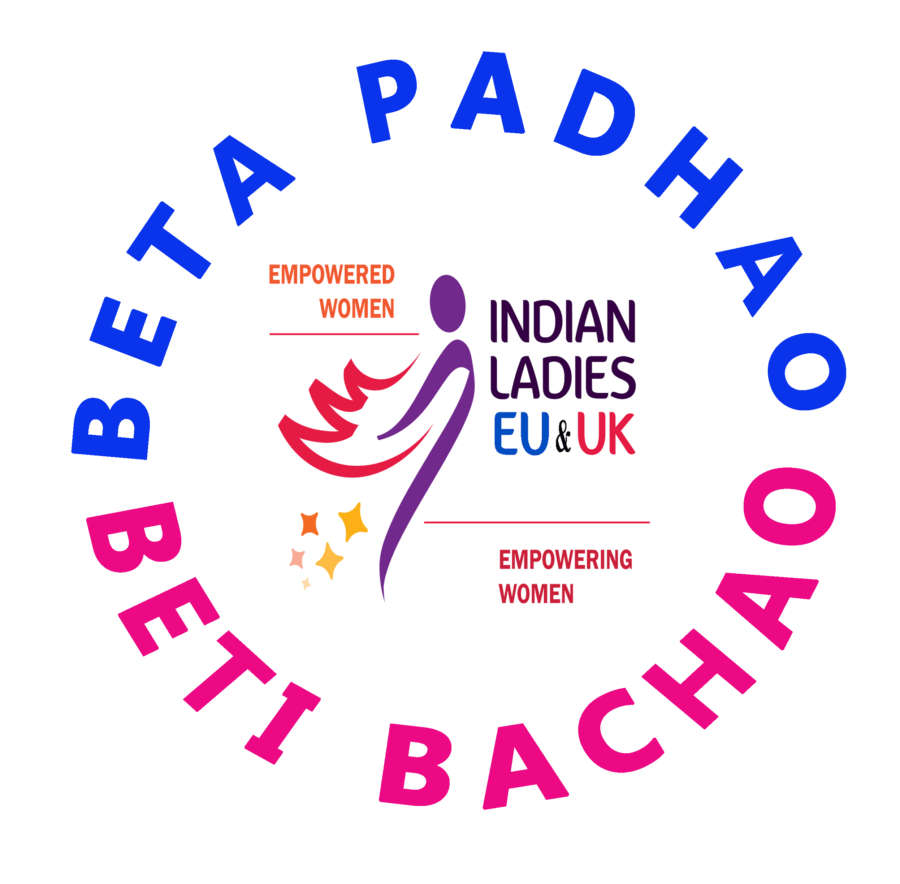 ILUK also plans to collect hand-written messages from Indian women living across the UK and collect them in a ‘Treasure Box’ that will be presented to Mr Modi.

The box will be appropriately called #WomanKiBaat and will be carried around the UK in a specially adapted van called the #ChaltiKaNaamModi.  It will collect the messages from women across the UK, describing their hopes, dreams as well as their fears about THEIR India for Mr Modi.

The rallying cry of ‘Beta Padhao, Beti Bachao’ is an extension of the Modi government’s widely promoted, multi-million dollar ‘Beti Bachao’ initiative, which aims to improve the education, welfare and well-being of girls in India.

While the ‘Beti Bachao’ movement is multi-faceted, ILUK aims to promote the message that the most important factor in improving the circumstances of the girl child is to educate their male siblings, friends and peers not only on vital issues like equality and empathy but apparently “taboo” subjects such as female menstrual and reproduction health.

On his visit to Britain in 2015, Mr Modi was presented with a gargantuan blanket – called the ‘Unity in Diversity’ blanket – made up of 3500 individual crochet squares handcrafted by members of the fledging ILUK which at the time comprised some 5000 members.

Three years later, the group boasts more than 26,000 first generation migrant Indian women representing all walks of life and hailing from all corners of the Indian sub-continent.

What began as a social network for newly arrived migrant women has today grown to a major not-for-profit organization that helps victims of domestic violence, child abandonment and dowry abuse in the UK.

The group also helps promote awareness of Indian culture in the UK and aims to help shape a progressive future for India, the cornerstone of which, its members believe is, gender equality.

Poonam Joshi, founder and executive director of ILUK, said: “India is the most dynamic and most talked-about country in the world right now.  There is so much hope and potential for the future of our country.  And yet, the global discourse about India is dominated by stories of oppression against women and minorities.  We believe that the only way to change that conversation is by promoting education, specifically the education of our boys.

“As a mother of three boys, there is no greater duty for me than to educate my sons not just to have amazing jobs in the future but to respect and empathize with their female counterparts.  I was born and raised in India so I understand the inequality that has become second nature for us – not just on the part of men but the women who turn a blind eye to inequality.  That has to stop.  And the only way to stop it is starting in our homes.  It is imperative for all of India’s mothers, grandmothers, aunts, sisters to stop passing on the stigma of inequality and injustice to our boys and start educating them from when they are toddlers that a better world is possible if they treat their female counterparts with generosity, empathy and equality.” 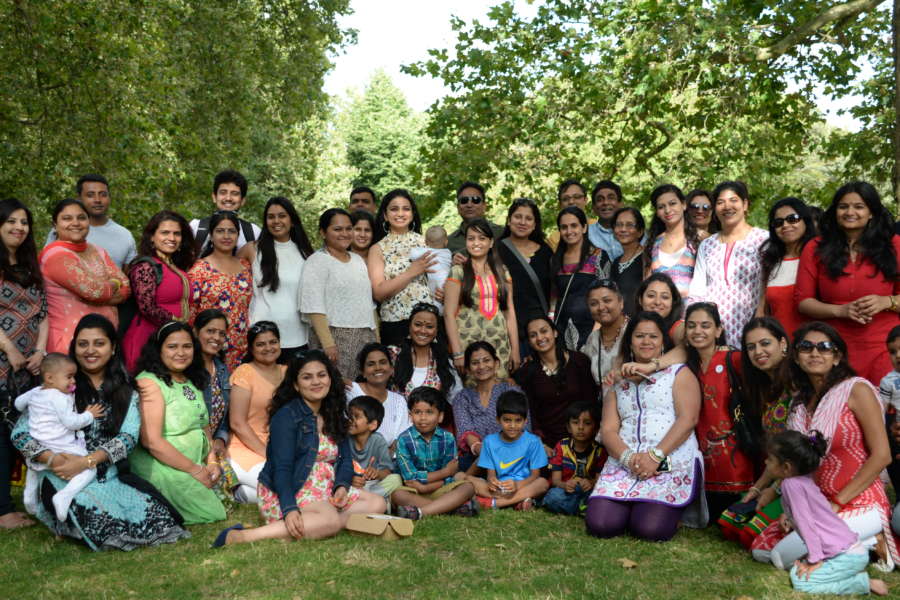 ILUK’s flashmob will coincide with demonstrations spearheaded by the Labour peer Lord Nazir as well as one calling for an independent ‘Khalistan’ in Punjab.

“As these individuals plan to demonstrate to call for separation and divisiveness, I think it’s important for Indian women to lead a charge calling for inclusivity.  We want to celebrate the ‘UNITY IN DIVERSITY’ of India – which is ILUK’s own motto and which is India’s great strength!”, said Ms Joshi.

#WomanKiBaat is an allusion to Mr Modi’s immensely popular weekly radio address to India – Maan Ki Baat, in which he details his policy initiatives to ordinary Indians through the wireless and is inspired by the likes of the great American president Franklin D Roosevelt whose ‘Fireside Chats’ helped quell rumours and explain his policies on everything from the Great Depression to the Second World War.

“We want to let Mr Modi know that we are proud of his achievements thus far.  India, given its vast divergences, is not an easy land to lead but we believe that he has done his very best and has made the most of a difficult position.  We want him to know that we look upon him to ensure our safety not just in India but also when we are in a foreign land.

“ILUK has led the way in raising awareness of issues that affect NRI women and there have been a number of new policies that have been introduced in recent months on issues such as spousal abandonment and that has given us hope to continue fighting,” Ms Joshi states.