The newly opened Indian Accent restaurant in London is a must-try and must-go-to for all Indian food lovers with a quest for dishes with a global twist, writes Asian Lite culinary reviewer Richa Grover

Indian Accent, London, located in the heart of Mayfair on Albemarle Street, follows in the footsteps of its multi award-winning outposts in New Delhi and New York. 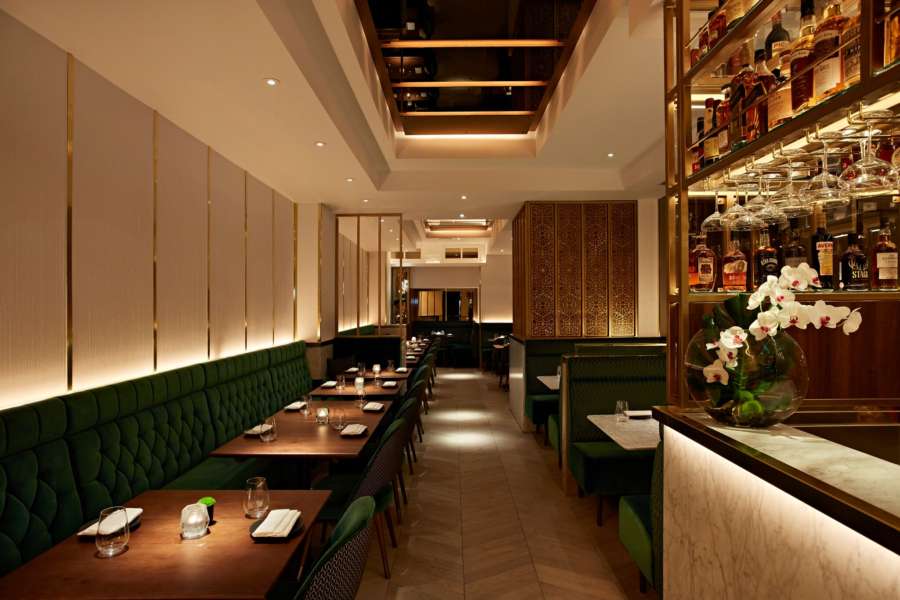 Group Beverage Director, Daniel Beedle’s wine list for the New York location is highly acclaimed, having been named by Wine Spectator among the 50 best in NYC and by Wine Enthusiast among the 100 best wine lists in the USA. An equally interesting wine list has been crafted for London. The cocktail selection comprises hits from New York like The Proper Copper (Kaffir lime leaf infused vodka, honey, rose blossom water). A glass cabinet in the lobby is stocked with a large selection of rare whiskies. Whisky flights are also offered along with wine pairings and premium wine pairings for the Chef’s Tasting Menu at lunch and dinner.

Indian Accent’s contemporary spin on traditionally grounded recipes, both nostalgic home dishes and unusual foods from lesser known Indian regions and communities, has made it the leading destination for modern Indian food in New Delhi and New York. The restaurant is excited to bring its cuisine to diners in London.

Indian Accent offers an inventive approach to Indian cuisine. The New Delhi branch is the only restaurant from India on the World’s 50 Best list the past 3 years, and was also awarded the San Pellegrino Best Restaurant in India on Asia’s 50 Best List for each of those years. In 2017, Trip Advisor has rated Indian Accent No. 1 in India (an honour it has held for the past 4 years), No. 2 in Asia and No. 19 in the World. It’s New York location was ranked amongst the best new restaurants of 2016 by several publications, including Zagat, Eater, TimeOut; and is currently among the top 5 restaurants in the city on TripAdvisor.