The results came as Prime Minister Theresa May and her cabinet met at 10 Downing Street to discuss a string of votes in the House of Commons Monday. The votes saw unelected peers in the House of Lords backing amendments against May’s flagship European Union withdrawal bill….reports Asian Lite News

Confidence in Britain’s Brexit negotiations ending successfully have hit a new low, according to a new opinion poll.

A poll published on Tuesday by the Guardian newspaper and ICM revealed that only 28 percent think the Brexit talks will conclude satisfactorily, against 47 percent who now think they will end unsatisfactorily.

The results came as Prime Minister Theresa May and her cabinet met at 10 Downing Street to discuss a string of votes in the House of Commons Monday. The votes saw unelected peers in the House of Lords backing amendments against May’s flagship European Union withdrawal bill. 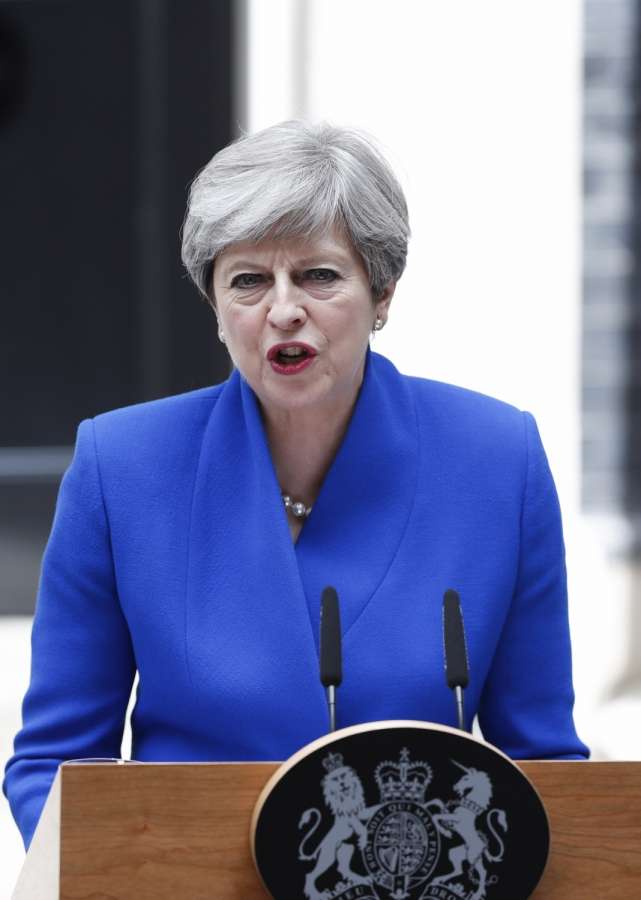 The biggest blow was an amendment passed by 335 votes to 244, which would give MPs the power to stop Britain from leaving the EU without a deal, or make May return to the negotiating table, ruling out a no-deal scenario.

Journalists briefed after the cabinet meeting were told later that May and cabinet ministers expressed strong disappointment at the defeats in the House of Lords over the EU withdrawal bill.

Downing Street said there was concern the amendments risked tying the government’s hands behind its back in negotiations.

May’s spokesperson said both the Prime Minister and the Brexit secretary, David Davis, said the government would be robust when the EU withdrawal bill returned to the House of Commons after completing its passage in the House of Lords.

In a Tuesday radio interview International Trade Secretary Liam Fox said it was not acceptable for the unelected House of Lords to try to block the democratic will of the British people, who voted by a 52-48 margin in June, 2016 to leave the EU.

Fox said the House of Lords amendment opened up the possibility of delaying Britain’s exit from the EU indefinitely.

It will be up to the House of Commons to decide whether to accept the amendments to the Brexit bill from the House of Lords, or strike out the proposed changes.

With May running a minority government, shored up by the Democratic Unionist Party (DUP) of Northern Ireland, victory for the prime minister is far from guaranteed, particularly with a number of pre-EU rebels among her ranks.

To add to May’s woes, media reports in London say several of her senior ministers have threatened to resign if she strikes a deal that will keep Britain in a customs union.

The Independent newspaper Tuesday night reported that May was preparing for a Brexit meeting with select cabinet ministers Wednesday at which they will try to come up with a joint position on post-withdrawal customs relations following rejection of Britain’s existing proposals.