May reiterated the UK’s position on Russia’s recent destabilising behaviour, underlined by the attack in Salisbury and the protection provided for the Syrian regime’s repeated use of chemical weapons against its people.

The two leaders held wide-ranging and constructive discussions and underlined the strategic partnership and growing convergence on regional and international issues.

The leaders discussed their shared priorities in the Indo-Pacific and committed to working more closely together to ensure it remained free and open.

They reflected on the progress made on bilateral defence and security cooperation since May’s visit to India in 2016 and the agreement to a number of Defence Capability Partnerships in key strategic areas, with closer military-to-military ties underpinned by a succession of high level visits and exchanges. They agreed to continue working together closely to combat terrorism, radicalisation and online extremism.

Prime Minister May updated PM Modi on the progress of the UK’s withdrawal from the EU, saying the implementation period agreed in March gives Indian companies and investors the confidence that market access will continue on current terms until the end of 2020.

The two leaders said trade between the UK and India had grown strongly over the last year and Modi said that Brexit offers opportunities to further increase trade ties.

They both welcomed the £1 billion of commercial deals which has been agreed today. They agreed to build on the recommendations of the UK-India Joint Trade Review to reduce barriers to trade, to make it easier to do business in both countries and enable a stronger bilateral trade relationship for the future. 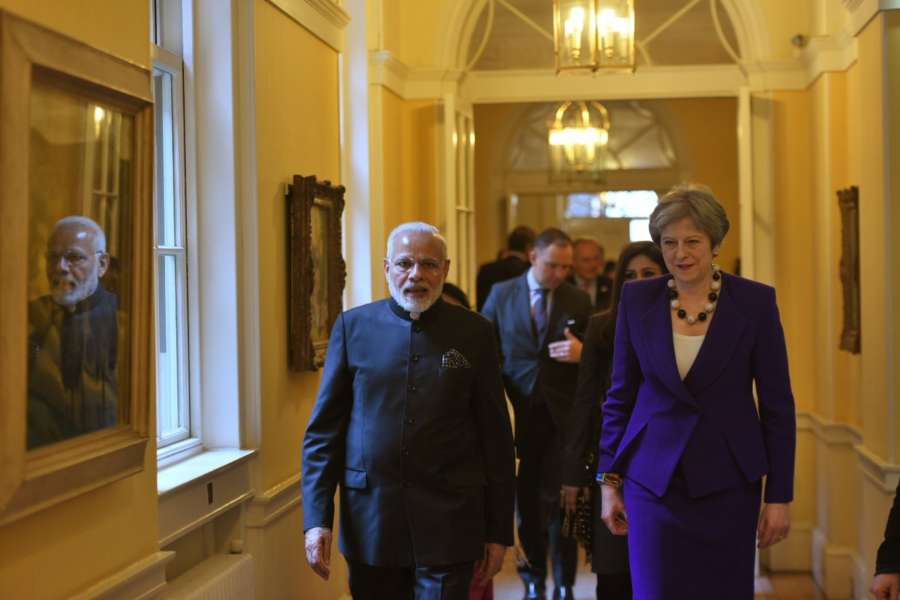 The Green Growth Equity Fund (GGEF), a joint initiative by the Governments of India and the UK is to provide financing to the fast-growing Indian renewable energy sector.

Looking to the future Modi and May discussed the new UK-India Tech Partnership which will create thousands of jobs and generate significant investment in both the economies. She said the Partnership will be at the core of much that they will do together over the next decade.

The leaders reaffirmed their commitment to lead the fight against climate change. They noted that addressing climate change and promoting secure, affordable and sustainable supplies of energy are key shared priorities, and agreed to cooperate on reducing the cost of development and deployment of clean energy projects. 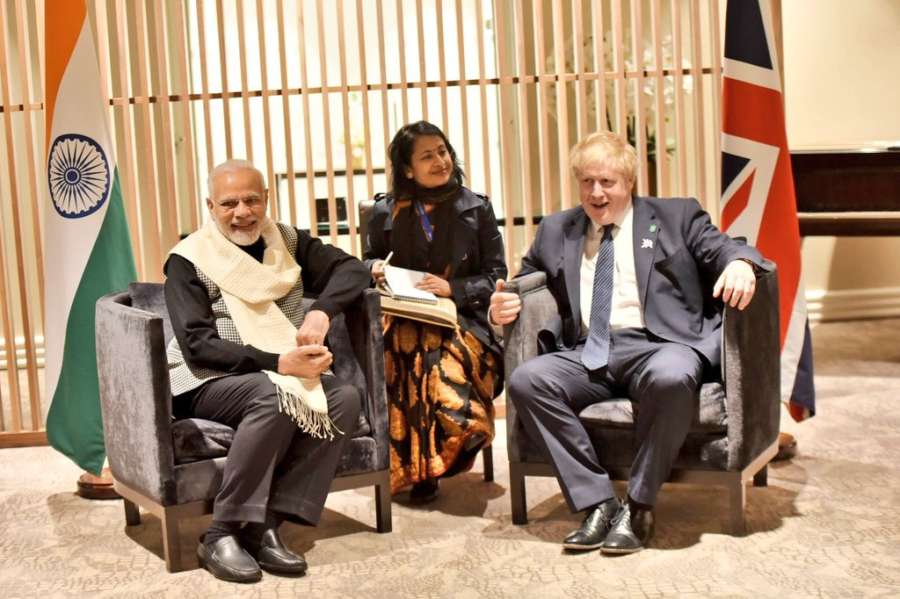 The two leaders lauded the successful completion of the India-UK Year of Culture in 2017. The year-long programme saw an unprecedented level of cultural exchange showcasing artistic, cultural and literary traditions in both countries.

They also welcomed 70th anniversary of the British Council in India and its work to train teachers, deliver skills programmes for youth, and support cultural exchanges.

Finally they looked forward to the Commonwealth Heads of Government Meeting on Thursday and agreed on the importance of working together to build a more sustainable future for all Commonwealth citizens.