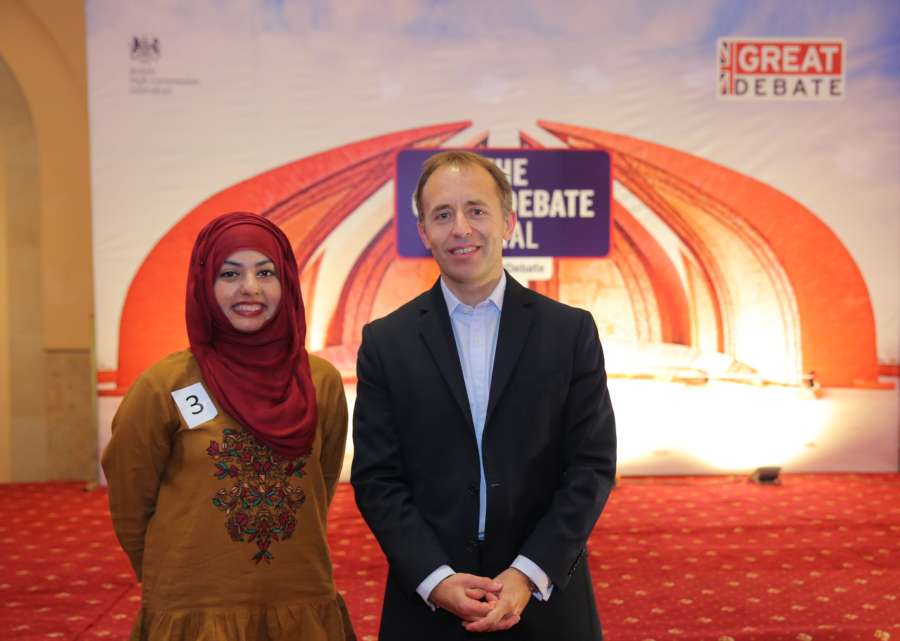 The audience witnessed a high intensity competition between fourteen of the top debaters from across universities in Pakistan who spoke for and against topics on peace, prosperity, democracy and technology.

After a competitive round of fixtures Muhiba Ahmed from Lahore and Umer Waqas Ahmed from Gujrat were judged to be the winner and runner-up of the GREAT Debate competition.

The British High Commissioner Thomas Drew said: “This year the UK is celebrating the next generation of Pakistani leaders, influencers and opinion makers. The forthcoming Commonwealth Heads of Government Meeting in the UK in April also has a strong youth focus in its priorities. 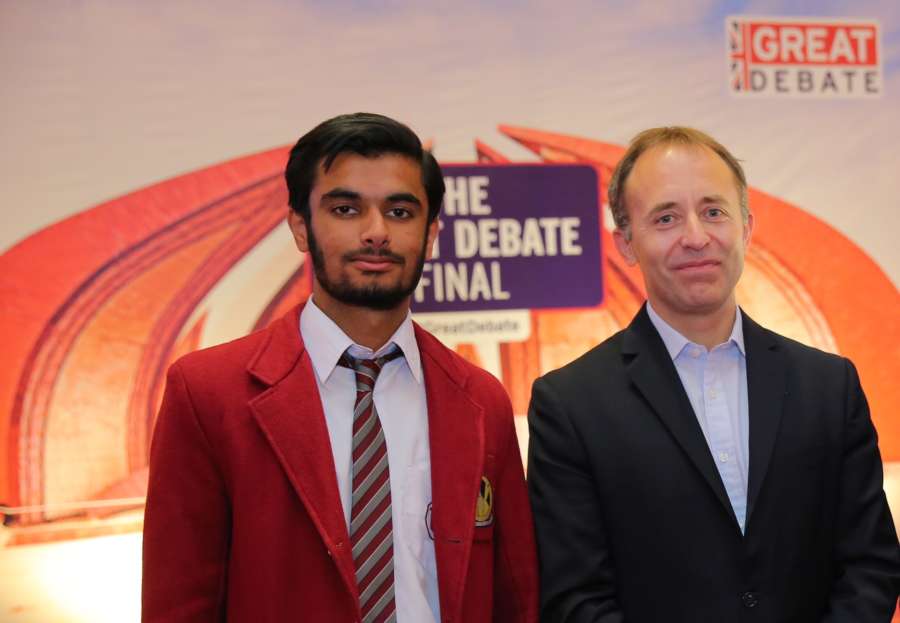 I am delighted that with the annual GREAT Debate we are able to give this next generation a platform to showcase their debating skills, hone their talent and get the opportunity to meet debaters from different universities and cities.

“This marks the third edition of the GREAT Debate and I am pleased that we have been able to include over 150 debaters.  The art of debating is in good health and will continue to grow further in universities and colleges across Pakistan.

“I congratulate all the finalists. I am sure you will all play a vital part in the future success of Pakistan.”

The GREAT Debate competition held in 2017-18 was the third annual edition of the competition that gives students from across Pakistan a platform to participate in debates, interact with other students from different universities and hone their skills in research, analytical thinking and public speaking.

The fourteen final participants of the GREAT Debate will be given one year British Council digital library memberships. The winner and runner-up of the overall competition will receive a scholarship reward to contribute towards their tuition fees.