A not-for-profit platform, with a rather defiant sounding name, Tongues on Fire has been taking up the case of South Asian women’s representation on celluloid for the last 20 years. Rebranded this year as the UK Asian Film Festival the event runs from 14th to 25th March 2018. It undertakes to further the cause of woman’s issues and help bolster women centric themes in what has now been cinematically classified as F-rated films—a concept that came about at the Bath Film Festival in October 2014.

Riding on the theme of female empowerment, this year the festival also commemorates the occasion of a 100 years of women in UK gaining the right to vote. The festival kicks off with a star studded opening gala and black tie dinner at the May Fair Hotel on the 14th of March 2018 which promises to be a night to remember. Besides reminiscing the magical landscape of cinema, the evening will feature the Flame Award presentation to honor women who have in the course of their career challenged the perception of gender limitations.

Anita Anand broadcaster, journalist and author of Sophia: Princess, Suffragette, Revolutionary will be awarded for bringing a forgotten champion to the cause of women’s rights, the prominent suffragette and daughter of the exiled Maharaja of Punjab, Sophia Duleep Singh to the forefront of feminine narratives.  Other recipients of the award are Rahila Gupta, a campaigner for women’s rights issues, as well as veteran British television actress and activist Jamilla Massey. Along with them, popular talk show host, actress and epitome of grace Simi Grewal, one of the first to break the mold of the archetypal film heroine in the early 1960’s, will be felicitated. During the course of the evening Simi will pay a posthumous tribute to the Indian actor Shashi Kapoor, her co-star in the movie Siddhartha (1972).  Also in attendance at the event will be model and actress Amy Jackson, writer broadcaster actress Meera Syal and actresses Sanam Mody Saeed and Aamina Sheikh to name just a few. 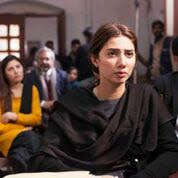 Another big-ticket attraction at the gala is the latest star on the firmament, the tremendously popular Pakistani TV and film actress Mahira Khan in conversation with BBC Asian Network presenter Noreen Khan. Making her debut in the critically acclaimed movie Bol (2011) she went on to captivate audiences when she essayed the role of the girl-next-door – Khirad, in the highly popular television drama Humsafar. With Raes (2017) she didn’t just cross borders but also a significant milestone by becoming one of the first Pakistani actors to be offered a Bollywood debut opposite mega star Shahrukh Khan. The festival features her hard-hitting and controversial film Verna (2017) which caused a stir in Pakistan over the issue of censorship. Several women’s rights groups claimed that members of Central Board of Film Censors (CBFC) were trying to stifle women’s voices by denying the film a certificate prior to its release.  Directed by the acclaimed Shoaib Mansoor, it espouses the cause of rape survivors and deals with the interplay of power, politics, feudalism and misogyny in Pakistan. It is a call to action for women to demand justice for a crime that is oft swept under the carpet.

The festival runs across the UK at various venues in the cities of London, Leicester, Manchester and Edinburgh from 14th to the 25th of March. The outstanding line up of carefully curated films along with panel discussions, interviews, educational and community screenings promises to interweave entertainment alongside the onerous task of tackling complex social issues.