America’s ambassador to the UK, Robert Wood Johnson, has been named as a key speaker at a major transatlantic business conference taking place in Birmingham in June….reports Asian Lite News

The British American Business Council (BABC) annual conference takes place on 7 June and will attract delegates from all over Britain and North America as businesses in the city, led by Greater Birmingham Chambers of Commerce (GBCC) and supported by Birmingham City University, seek new markets in the post-Brexit era.

A businessman, philanthropist and diplomat, Ambassador Johnson – also known as ‘Woody’ – is a huge coup for the event, which will feature speakers from politics, business, economics and other sectors.

He has been the US ambassador to the UK since last August, when he was nominated by the incoming president, Donald Trump.

Ambassador Johnson has served for more than 30 years as the chairman and CEO of New York-based The Johnson Company, a private asset management firm which was founded in 1978. 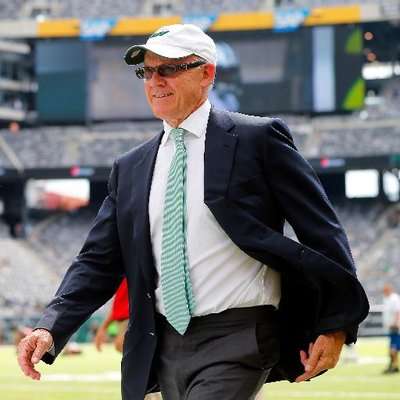 ‘Woody’ Johnson is also a big American football fan, and for the past 18 years has been the owner of the New York Jets. He also serves as chairman and CEO of the Jets and the New York Jets Foundation.

He is the founding chairman of the Lupus Research Alliance and worked for many years with the Juvenile Diabetes Research Foundation.

The missions of these charities are to cure, treat and prevent Lupus and juvenile diabetes, both of which have affected Ambassador Johnson’s family. Ambassador Johnson has raised millions of dollars on behalf of both organisations fighting these diseases.

In politics, he has served on the President’s Export Council, the President’s Commission on White House Fellows and he is also a member of the Council on Foreign Relations.

Ambassador Johnson earned a BA from the University of Arizona and currently lives in London with wife Suzanne and their two sons.

Russell Jeans, chief operating officer at GBCC, said: “We are hugely privileged to have the Ambassador attending the conference, This underscores the huge economic importance of our bilateral relationship with the US both now and in the future.” 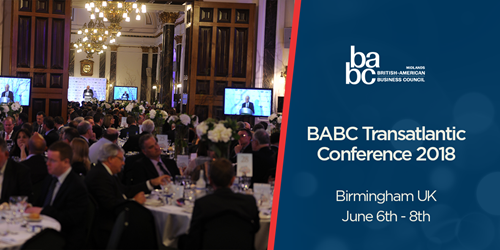 The BABC conference follows the success of Birmingham’s high-profile presence at last year’s event in Chicago.

The conference is a highly sought after occasion.  The event has previously been held in London, Los Angeles, New York, San Francisco, Washington DC and Chicago.

The BABC Midlands chapter, a section GBCC, is part of  the largest transatlantic business network, with 22 chapters and 2,000 member companies, including many of the world’s largest multinationals, based in major business centres throughout the North America and the UK.

Sponsorship details are available at sponsor@birmingham-chamber.com