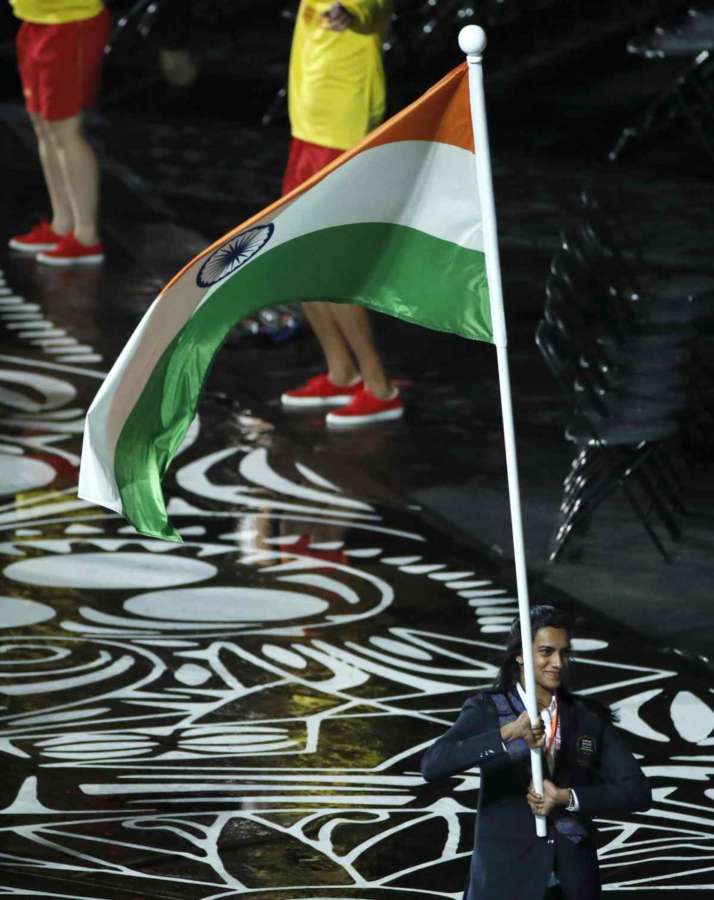 The Rio Olympics silver medallist carried the tri-colour at the head of the Indian contingent, which also included fellow badminton stars H.S. Pranoy and Kidambi Srikanth.

India have sent a total of 222 sportspersons to the Games.

The country had secured 64 medals at the 2014 Commonwealth Games in Glasgow, which included 15 gold, 30 silver and 19 bronze.

The Indian Olympic Association (IOA) had decided last month that Indian women athletes will not wear sarees at any opening ceremony of international sports events from now on.

The spectacular opening ceremony at the Carrara Stadium featured artistic performances, speeches and processions of athletes from each participating country.

The ceremony, which organisers said was inspired by the city’s rainbow of communities, was led by Scotland’s track and field star Eilidh Doyle, an Olympic and world championship medalist from Scotland, the hosts of the 2014 Games.

But the real star of the festivities was Migaloo, a giant inflatable white whale that floated above spectators and performers alike as red confetti was showered on the stadium.

A heavy shower just minutes before the ceremony was about to begin could not dampen the spirit of the 35,000-strong crowd, who were treated to streams of athletes parading with their national flags and speeches from figures like Prince Charles, Prince of Wales.

A total of 71 nations will compete in 275 events across 19 disciplines at the Games which will conclude on April 15.