Indian Prime Minister Narendra Modi on Tuesday invoked the achievements of pugilist M.C. Mary Kom and shuttler Saina Nehwal at the Commonwealth Games in Australia earlier this month while addressing the Indian diaspora on Tuesday, the second and final day of his visit to Sweden. India and the five Nordic nations agreed to deepen cooperation in innovation and climate change in the first India-Nordic Summit….reports Asian Lite News 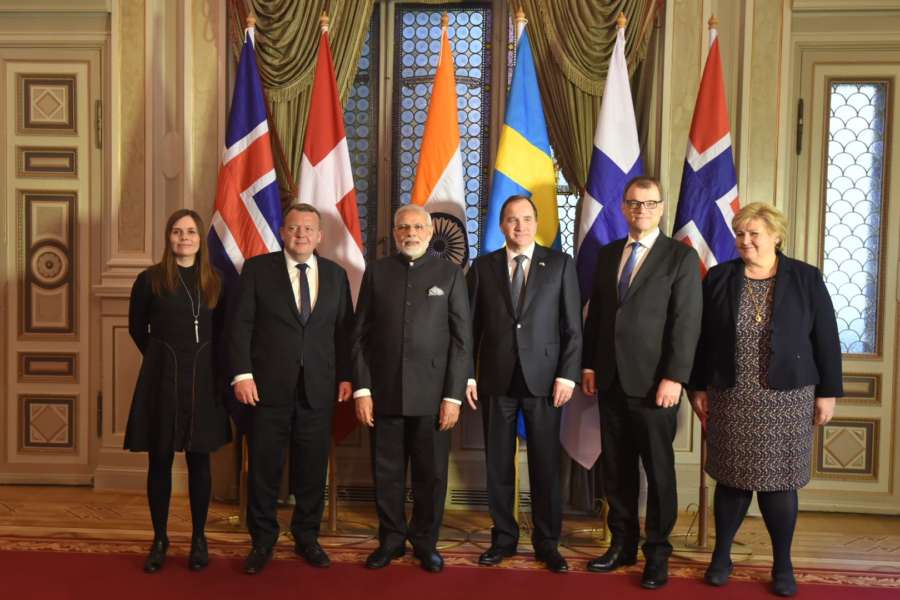 Extolling the thought of India, Modi, addressing a gathering of around 2,000 people of Indian origin at the Stockholm University here, said: “The achievements of Mary Kom and Saina Nehwal make our hearts swell in pride.”

While Mary Kom won the gold in the 46-48 kg category in women’s boxing at the Gold Coast games, Nehwal walked away with two golds in badminton.

In a special gesture, Modi made the gathering give a standing ovation to Swedish Prime Minister Stefan Lofven who was also present on the occasion.

On his part, Lofven said that more than the Prime Ministers of the two countries getting along well, it was the people-to-people ties that mattered more. 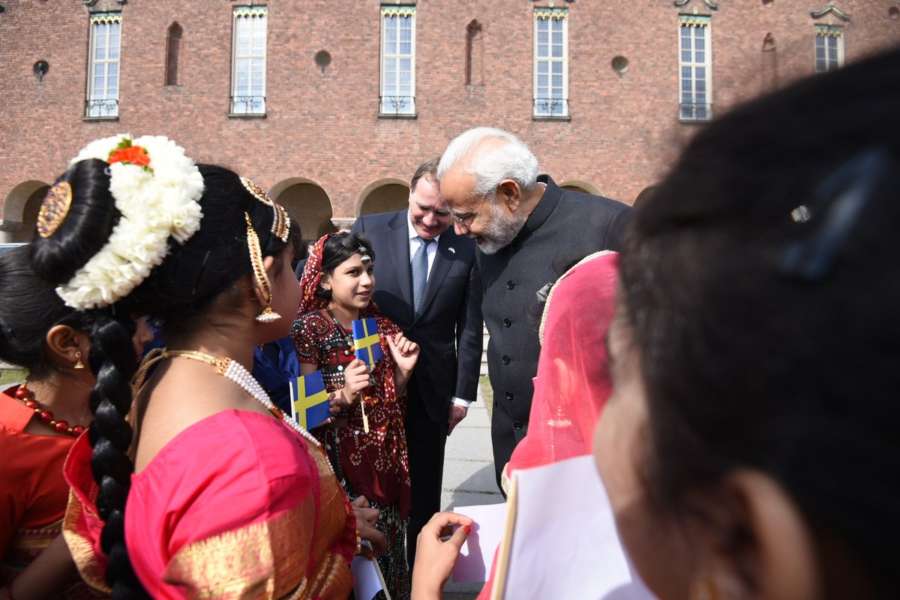 Sweden is home to over 20,000 people of Indian origin, including around 2,000 students.

Earlier in the day, Modi and Lofven held a bilateral summit following which India and Sweden signed a Joint Action Plan and an Innovation Partnership for Sustainability of the Future.

India and Sweden also co-hosted the first ever India-Nordic Summit in which the Prime Ministers of Denmark, Iceland, Norway, and Finland also participated.

India and the five Nordic nations of Sweden, Denmark, Iceland, Norway and Finland on Tuesday agreed to deepen cooperation in innovation and climate change in the first India-Nordic Summit held here during the course of Indian Prime Minister Narendra Modi’s visit here. 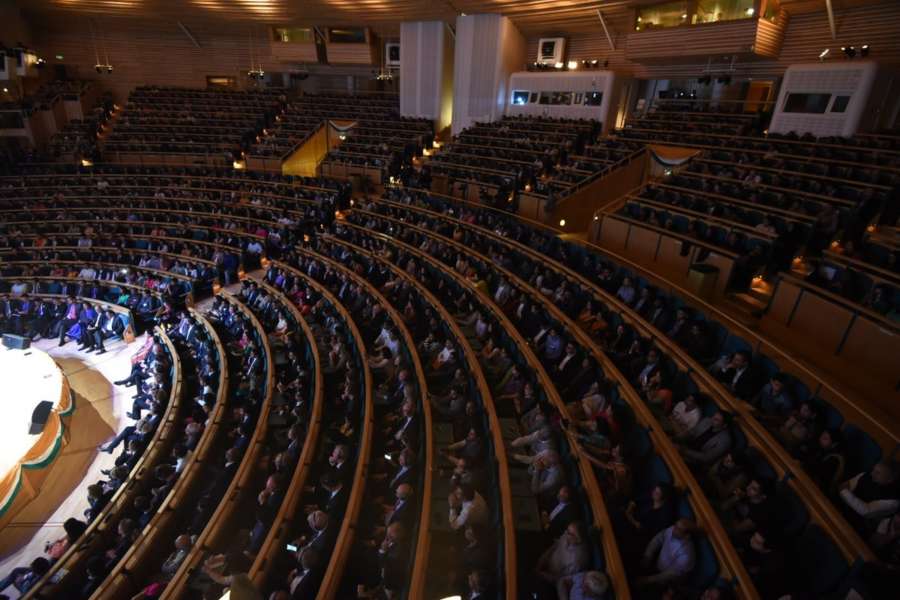 “During the Summit, the Prime Ministers pledged to deepen cooperation between India and the Nordic countries and focused their discussions on key issues related to global security, economic growth, innovation and climate change,” the Indian External Affairs Ministry said in a statement following the meeting.

“They acknowledged that innovation and digital transformation drive growth in an interconnected world, which underpin a growing engagement between India and the Nordic countries,” it stated.

“The Summit emphasized the India’s strong commitment to innovation and digital initiatives as key to prosperity and sustainable development, with national flagship programmes such as Make in India, Start-up India, Digital India and Clean India.” 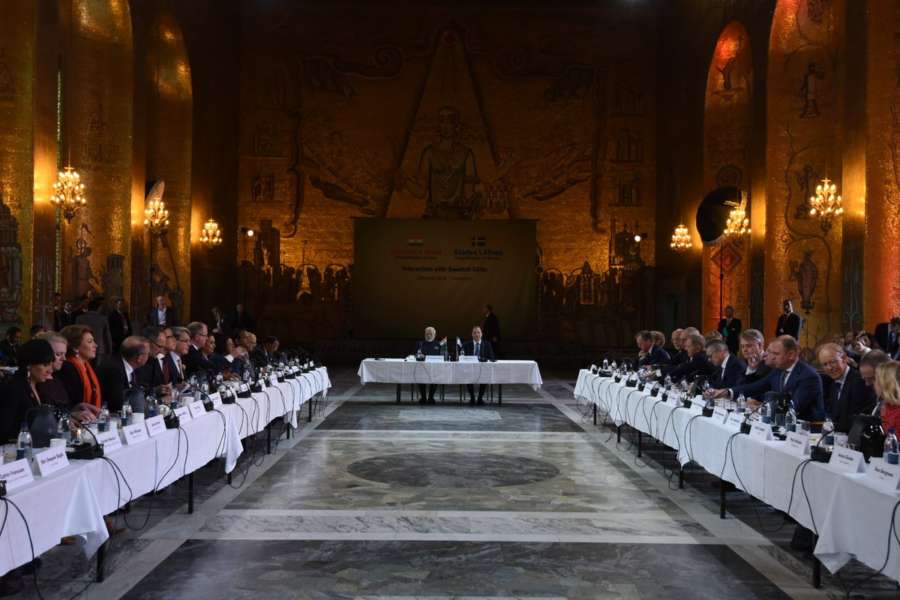 Ahead of the Summit, Modi held separate bilateral meetings with his counterparts from Denmark, Iceland, Norway and Finland.

In a tweet, Indian External Affairs Ministry spokesperson Raveesh Kumar said the two leaders “had a good meeting on renewing and enhancing cooperation and expressed their mutual desire to take the relationship forward”.

After the meeting, the two sides exchanged MoUs in the areas of urban development, animal husbandry and dairying, food safety and agricultural research and education. 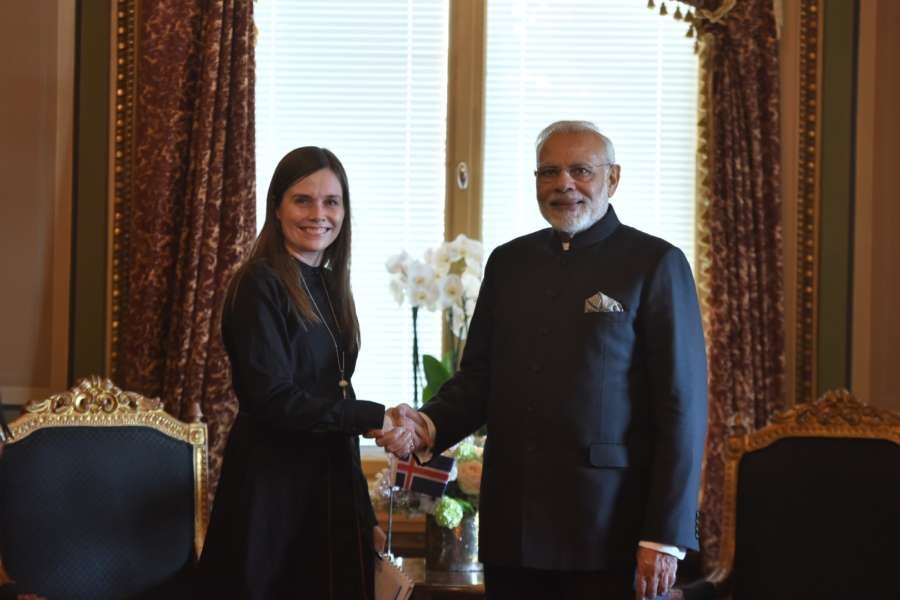 “PM urged Icelandic companies to look at India as an investment destination in blue economy and geothermal energy and strengthen cooperation in education, tourism and culture,” Kumar said.

Following the meeting, the two sides signed an MoU on the establishment of an ICCR Chair for Hindi language between the Indian Council for Cultural Relations and the University of Iceland.

According to the Indian spokesperson, the two leaders had an “engaging interaction” on trade and investment, shipping and port-development, blue economy, renewable energy, health, information technology and green transport solutions. 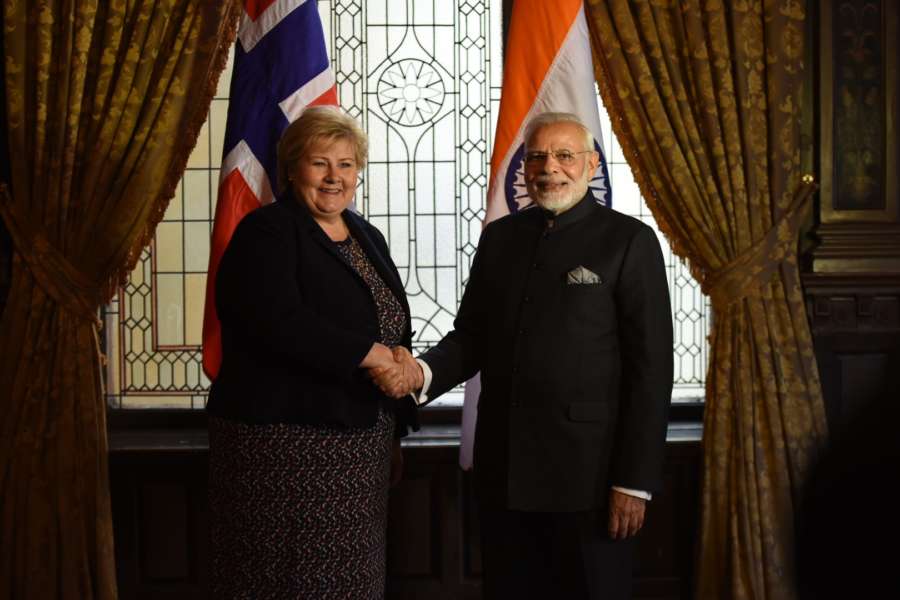 “We had excellent discussions on deepening avenues of cooperation between India and Finland,” Modi said in a separate tweet.

India and Sweden co-hosted the India-Nordic Summit on the second and final day of Modi’s visit to Sweden. 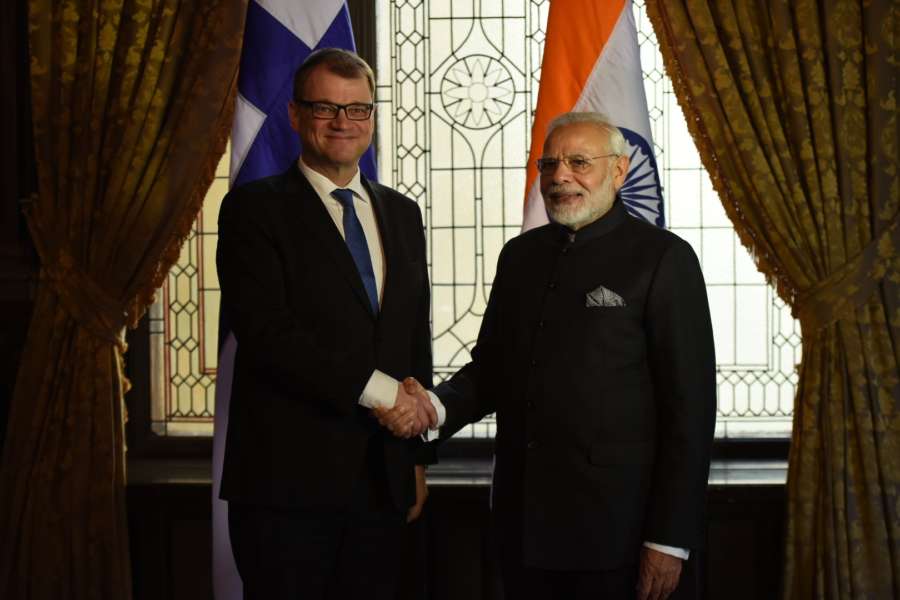 According to figures provided by the Indian External Affairs Ministry, India’s trade with the Nordic countries totaled around $5.3 billion in 2016-17, with cumulative foreign direct investment in India at $2.5 billion.

Modi arrived here on Monday evening on the first leg of his three-nation tour to Europe that will also see him going to Britain and Germany.

This is the first prime ministerial visit from India to Sweden in 30 years after the visit of then Prime Minister Rajiv Gandhi in 1988.