Modi greets Trudeau with hug at ceremonial reception. India and Canada pledged to combat terrorism in all its forms and manifestations while declaring that no country should allow its territory to be used for terrorist and violent extremist activities…..reports Asian Lite News

India and Canada on Friday pledged to combat terrorism in all its forms and manifestations while declaring that no country should allow its territory to be used for terrorist and violent extremist activities.

The assertion by the two countries came in a joint statement issued after talks between Prime Minister Narendra Modi and his Canadian counterpart Justin Trudeau and assumes significance in the context of perceived softness on the part of Canada towards Khalistani separatists operating on its soil.

“Recognising that terrorism, violent extremism and radicalisation to violence present acute challenges to global peace, stability and prosperity, the leaders resolved to combat terrorism and violent extremism in all their forms and manifestations,” the joint statement said.

“They called for bringing terrorists to justice and holding accountable state sponsors of terrorism, including cross-border terrorism. They further emphasised that no country should allow its territory to be used for terrorist and violent extremist activities.”

Modi and Trudeau also welcomed the agreement on a bilateral Framework for Cooperation on Countering Terrorism and Violent Extremism that was signed between the two countries. 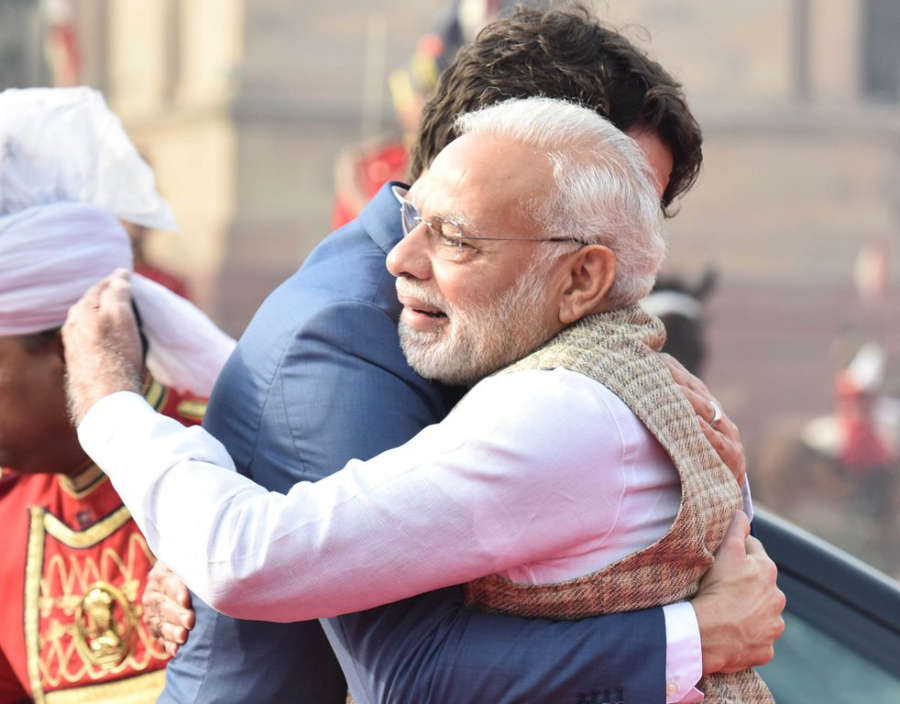 The Framework recognised the urgent imperative to disrupt recruitment, terrorist movements and the flow of foreign terrorist fighters, address the threat posed by cross-border and state-sponsored terrorism, stop sources of terrorist financing, dismantle terrorist infrastructure and prevent supply of arms to terrorists and counter violent extremism and radicalisation to violence.

The two sides emphasised the need to deny operating space to terrorist and violent extremist groups.

Under the Framework, both sides committed to further develop exchanges and facilitate effective cooperation in the fields of security, finance, justice, and law enforcement, including, where appropriate, at the operational level.

The joint statement further said that to reaffirm the importance of lawful commerce and the freedom of navigation and over-flight throughout the Indo-Pacific region, in accordance with international law, including the rights and jurisdiction of states under UN Convention for Law of the Sea (Unclos), the two leaders supported bolstering regional connectivity through transparent development of infrastructure and use of responsible debt financing practices, while ensuring respect for sovereignty and territorial integrity, the rule of law and environment. 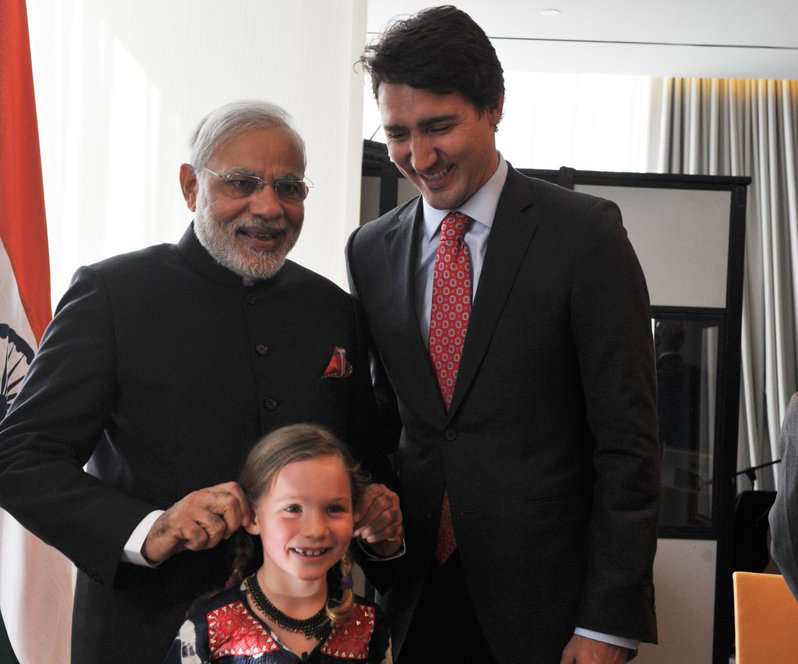 Modi and Trudeau also expressed “strong concern” over the prevailing security situation in Afghanistan and the recent political developments in the Maldives and their implications for free society.

On the economic side, both leaders agreed to realise the full potential of bilateral trade and investment and both sides will renew efforts to expand and diversify bilateral economic and commercial relations.

“They will also intensify negotiations to finalise a Comprehensive Economic Partnership Agreement and a Bilateral Foreign Investment Promotion and Protection Agreement,” the statement said.

Modi and Trudeau also agreed to strengthen bilateral and international cooperation to address climate change and secure a clean energy future, and committed to promoting the implementation of the Paris Agreement.

“The leaders welcomed the initiative to establish the (India-initiated) International Solar Alliance to promote renewable energy for sustainable development,” the statement said. “They urged research institutions and industry in both countries to collaborate to promote greater use of solar technology.”

It stated that the two leaders “underscored the importance of accelerating the global transition to affordable, reliable, sustainable and modern energy sources and acknowledged that renewable energy is a pathway to a low-carbon and more sustainable energy system”.

“Recognising the dynamic role of people-to-people ties in the India-Canada partnership, the leaders reaffirmed their commitment to address consular issues of mutual concern through discussion between the concerned officials,” the statement said. “They welcomed the expansion of direct air connectivity between Indian and Canadian cities.”