The Indian paint industry, which remains bullish in its outlook with an anticipated 15 per cent growth in the current fiscal on the back of a good monsoon and lower taxes, is weighing the impact of the depreciating rupee on its raw material cost, stakeholders say…reports Asian Lite News 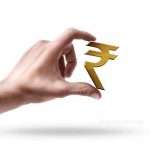 “Outlook for the industry is positive and we are expecting around 15 per cent growth in sales this year as the demand is expected to pick up on the back of reduction in the GST (Goods and Services Tax) rate, a good monsoon resulting in a higher rural incomes and because of the approaching festive season,” Indian Paint Association President and Berger Paints India’s Managing Director and CEO Abhijit Roy told IANS.

According to him, the demand for the paint industry usually picks up after the monsoon from September onwards and the 10 per cent reduction in GST from the earlier 28 per cent, as announced in July, would not only lead to higher volumes but also open the scope for premiumisation.

“We are witnessing industry-wide double-digit growth with an average 10-15 per cent as compared to about 9 per cent growth in the previous financial year,” AkzoNobel India’s General Manager (Decorative Paints, South Asia Cluster) David Teng said.

However, the falling rupee has presented a challenge to the industry.

“With rupee depreciating, there would be some possible adverse impact on the imported raw materials. Of the total raw materials, the import share is about 25-26 per cent. The cost of raw materials could go up by 1-2 per cent which can be borne. But then, margins could be under pressure,” Roy said.

“Consumers could get confused with too many changes and the retail trade needs to understand the price trend and accordingly adapts to it,” Roy explained.

Echoing Roy, IPA Vice President and Nippon Paint (India) President (Decorative Business) S. Mahesh Anand told IANS: “The industry is weighing the impact of the rupee on input cost. Since, it has been promoting the pass-on of the GST reduction benefits to consumers and thereby expecting a further increase in demand, a price increase, at this point, is not likely.”

Roy, however, pointed out that the rupee’s volatility was “not the only factor” causing the increase in cost of the imported raw material and that the supply-demand situation of these inputs were also a determining factor.

“Prices of imported raw materials with higher supply may come down in dollar terms, and then it may neutralise the impact of the rupee,” he said.

The rise in crude oil prices and the decline in the rupee’s value is a “double whammy for the industry”, Teng said.

“Market dynamics will decide the future course of action with regard to price revision. The cost of crude-based monomers and titanium dioxide has remained elevated for the past few quarters. As a result, margins of paint companies have been impacted. Since most of the raw materials are imported, the rupee’s deprecation is another challenge for the industry,” he added.

However, the industry is betting big on growth in housing and automobile sectors for paint demand to pick up, both in the decorative and industrial segment.

New housing launches in India’s top seven cities of India increased at approximately 27 percent on a year-on-year basis during January-March 2018 and similarly, the demand for commercial and office space went up by approximately 23 percent during the same period.

“It is expected that the housing sector would generate enough opportunities for the growth of the decorative paint business, which accounts for 70 per cent of the domestic paint industry,” Anand said.

“There is a clear trend for incremental demand of industrial paint in the automobile sector with growing sales of passenger cars, commercial vehicles, along with two- and three-wheelers,” Anand added.