The Telangana Rashtra Samithi (TRS) chief alleged that this political fragility was created by false and baseless allegations by the opposition against his government….report Asian Lite 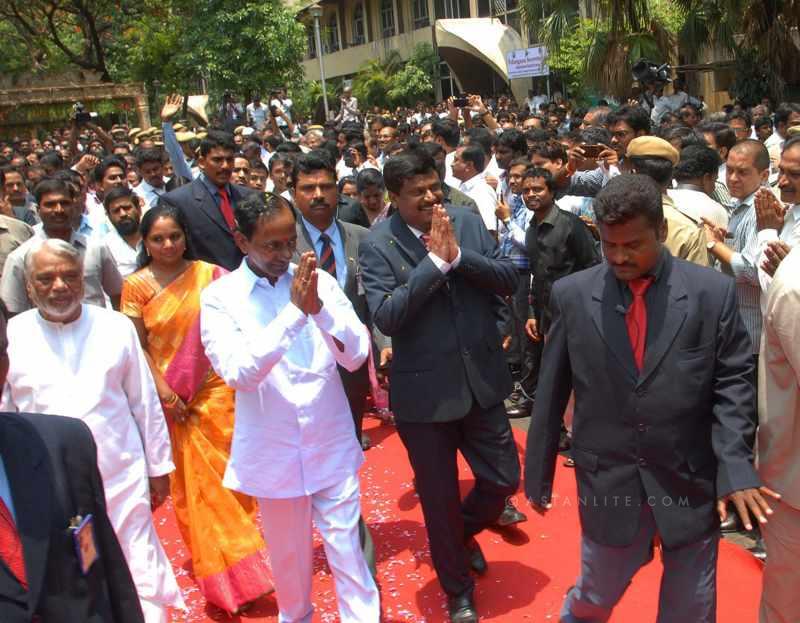 Telangana Chief Minister K. Chandrashekar Rao said “political fragility” in the state was the reason for the recommendation for early dissolution of the Assembly and early elections.

He decided to approach the people’s court to curb the ever increasing political fragility and the “unlimited idiocy” of the opposition, KCR told a news conference after the Cabinet meeting that recommended dissolution of the first Assembly of Telangana that was accepted by the Governor.

The Telangana Rashtra Samithi (TRS) chief alleged that this political fragility was created by false and baseless allegations by the opposition against his government.

He said that despite his repeated appeals, the opposition failed to prove even a single allegation of corruption.

“Just because democracy permits anybody to say anything? What’s this nonsense? What’s happening?” he asked.

He defended the decision for early dissolution of the house, saying it was taken for the “bright future of Telangana”.

“Let people take a call. Why should anybody else? I sacrificed my (full) term for the sake of the people of Telangana, to maintain steady growth of the state and to protect the state from bloody fragility.”

The TRS chief exuded confidence that Assembly elections in Telangana will be held along with those in four other states (by year-end). “As far as I know, the poll process may begin in October and get completed in November. The results may be announced in the first week of December,” he said.

He even predicted that it may be single-phase polling in three of the states going to polls while Assembly elections in Madhya Pradesh may be two-phased.

The TRS chief, who announced the list of 105 party candidates for the coming Telangana Assembly elections, said the party had a habit of making sacrifices and recalled that he and other party leaders had resigned many times in the past for Telangana’s cause.

Claiming that the TRS government put Telangana on the path of development, he said that the state had consistently recorded double-digit growth over four years.

He lashed out at main opposition Congress for allegedly trying to create hurdles in the path of development.

He also denied that he is coming closer to BJP. “TRS is 100 per cent secular and will remain secular,” he said.

The Chief Minister also said that Majlis-e-Ittehadul Muslimeen will remain a friendly party for the TRS and did not rule out a friendly contest with it in some constituencies.