It is significant that for the first time the Pashtuns have arisen in protest against specific grievances. At this point it is also clear that the Pashtuns have come together not for a pan-Pashtun cause, but to air grievances that affect the lives of every Pakistani citizen….writes Rifan Ahmed Khan

It is ironical that even as the Pakistan Army engages with the Pashtun Tahafuz Movement (PTM) and its leaders to try and diffuse the peaceful protests, the Army Chief Gen. Bajwa has been talking of “engineered protests.” Such is the state of Pakistan that at one end, the nation is witnessing social protests along the lines of the peaceful resistance along the lines initiated by Badshah Khan or Frontier Gandhi, while on the other hand assertions are made of the foreign hand without quite understanding the dynamics behind the Pashtun Tahaffuz Movement (PTM) and its long march.

It is significant that for the first time the Pashtuns have arisen in protest against specific grievances. At this point it is also clear that the Pashtuns have come together not for a pan-Pashtun cause, but to air grievances that affect the lives of every Pakistani citizen. The PTM protests were sparked by the extra-judicial killing in January 2018 in Karachi of a young Mehsud tribal from South Waziristan. These protests then morphed into something larger with rallies taking place in Islamabad, Peshawar and Lahore drawing in many others from other tribes and urban areas. The expression of a general sense of helplessness and dissatisfaction amongst Pakistani’s in general and Pashtuns in particular, especially those living in the tribal areas, was evident in the call for peaceful protests against the ‘violent participation’ of Pakistan in the global war on terror.

It is therefore strange that Army Chief General Qamar Bajwa should have spoken about “engineered protests” and the pursuit of a “hybrid war” against Pakistan while speaking about the agitation by the PTM. Using the old conspiracy theory of the enemy of the state wanting to destabilize the Pak government, Bajwa stated that “some internal and external elements are hell-bent upon harming Pakistan’s national security and that “our enemies…have subjected us to a cruel, evil and protracted hybrid war.”

He alleged that PTM protests were instigated to undo the gains made by the armed forces in the fight against terrorism. This is precisely what one Pak newspaper labeled as “engineered subversion” echoing the Army Chief’s line and indirectly hinting that India was behind the PTM movement!

On what grounds does the Pak Army believe that the PTM protests are being engineered by India? Coverage of the long march and PTM’s demands was global and to argue as the Express Tribune did that coverage in the Indian and Afghan media apart from American sources such as the Voice of America and Radio Free Europe was evidence of the conspiracy, is laughable. Let us face it; it is not often that positive news of social resistance to the growing anarchy in Pakistan comes out in the media. Therefore, to expect that the world media would ignore the protests is an indication of blinkers that the Pak Army has and its continuing inability to read the tea leaves.

Pak media was obviously fed the line by the ISI that everything in Pakistan that goes wrong must have an Indian hand and in particular that of RAW! Little wonder then that Balochistan and espionage issues get highlighted as though India had nothing better to do! Pakistan’s war on terror has been and continues to be touted as a huge success. Even in the present case, Pakistan’s “successful Pakistani counterterrorism campaign” is seen as the perfect foil for Indian efforts to de-stabilise Pakistan. Will someone please tell the Pak Army chief that counter-terrorism in Pakistan is more about bombing the  hell out of the people in FATA and KPK than actual killing of terrorists. Recall that all the Pak assets like Haqqani were asked to move out of Pakistan before the launch of Operation Zarb-e-Azb. 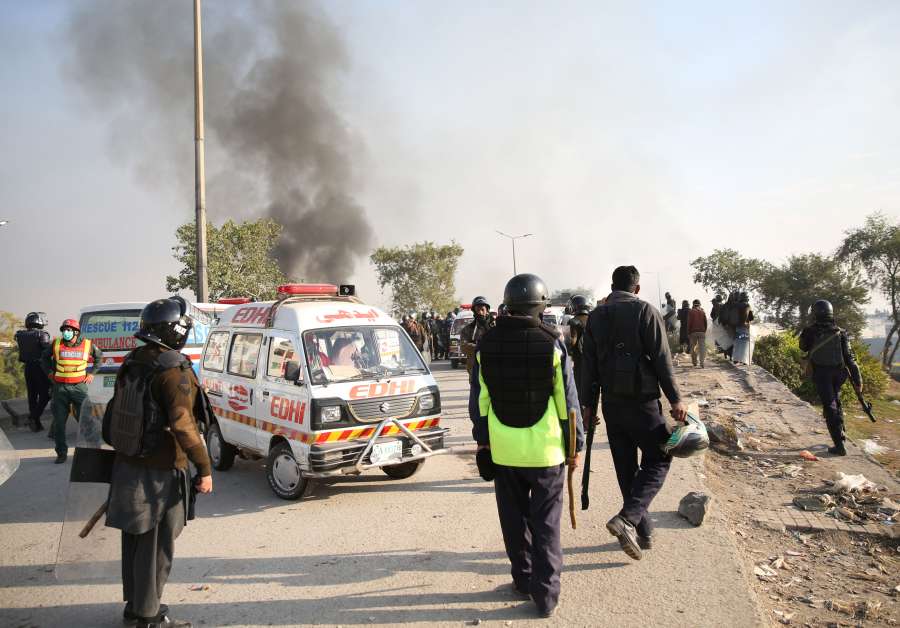 The fundamental flaw is the lack of understanding of the deep schisms in Pak society. That combined with the lack of governance has given space for terrorists and extremists to flourish. Added to this has been the policy of the deep state in Pakistan to nurture terrorist organizations which have only added fuel to the fire. Therefore, grievances are bound to be there. It is specious to argue therefore, that Pakistan needs a “whole of government” approach to resolve the problem. What about the Army, which is in fact the Government in Pakistan?

The challenge for Pakistan in negotiating peace with the PTM is that the demands made by the Pashtuns cannot be met by the Army. The extra-judicial killing of the young Pashtun activists can be resolved by the arrest and legal action against Rao Anwar, who was accused of killing Naqeeb in a fake encounter. However, since then the protests have grown in scale and intensity and demands have become more generic and social in nature.

On February 8, 2018, a PTM delegation met ISPR chief Maj Gen Asif Ghafoor. The PTM delegation included Manzoor Pashteen and Muhsin Dawar and put forth a charter of demands which among other things, called for:-

A later meeting between the Army and PTM was held in mid-Feb. One outcome was the abolition of the Watan Card, which was initially introduced as an identification document for payment of compensation to Internally Displaced Persons and later used for identifying the returning IDPs. Consensus was also reportedly reached on the following:-

However, over time it became clear that the gap between the Army and PTM increased as the latter intensified its demands. The Army decided then to go public with the PTM’s so-called rigid stance and began to backtrack on earlier commitments. That is precisely the point. How can the Pak Army negotiate with a peaceful movement of which it has no idea on how to deal with?

While that is one part of the dysfunctional nature of the Pakistani state, it must be emphasised that it is easy to cast aspersions on others when in fact you have only yourself to blame. Therefore, let Pakistan set aside this bogey that India is behind the PTM and search for solutions that are internal to the very roots of the grievances of the Pashtuns in Pakistan. Frontier Gandhi would certainly have been proud of the PTM and its leaders if he had been around. It remains to be seen how long the PTM will last in the current scenario. Let us hope and pray that more PTM’s come to life in Pakistan and more media attention is given to the positive stories.