According to authorities on Monday, interested candidates have until Thursday to apply for positions with the rank of soldier in the provinces of Riyadh, Mecca, al-Qassim and Medina….reports Asian Lite News 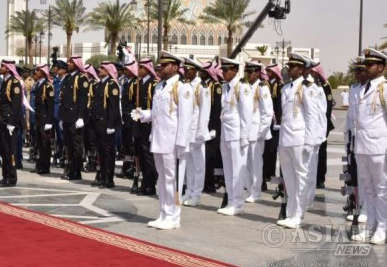 Saudi Arabia has for the very first time opened applications for women to enlist in the military as the kingdom continues to enact reforms granting females more access to a wide range of previously forbidden careers.

According to authorities on Monday, interested candidates have until Thursday to apply for positions with the rank of soldier in the provinces of Riyadh, Mecca, al-Qassim and Medina.

A list of requirements says applicants must be Saudi citizens and aged between 25 to 35 with a high school diploma.

Under Saudi Arabia’s guardianship system, women who apply to join the army must also have a place of residence in the same provinces as the job’s location with their male guardians, usually husband, father, brother or son.

The recruitment of female soldiers is one of many reforms enhancing women’s rights introduced in recent months.

The country announced its plan to allow women to drive from June this year, and ride-hailing apps were getting prepared to hire female drivers.

Furthermore, Saudi women last month were given permission to attend football matches and to open their own businesses without the consent of their male relatives.

The kingdom has also opened 140 positions for women at airports and border crossings, a historic first that the government said drew 107,000 female applicants.