The US has urged its citizens to “exercise increased caution” when travelling to China as they could face arbitrary detention there, a move that came amid tense relations between the countries dominated by trade row and the recent American-requested arrest of a high-profile Chinese executive in Canada…reports Asian Lite News 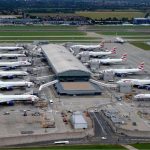 In an updated advisory released, the State Department kept China at Level 2 — the same as 2018 — “due to arbitrary enforcement of local laws as well as special restrictions on dual US-Chinese nationals”.

“Chinese authorities have asserted broad authority to prohibit US citizens from leaving China by using ‘exit bans’, sometimes keeping them in China for years,” the advisory said.

It said that the Chinese government “uses exit bans coercively: To compel US citizens to participate in Chinese government investigations, to lure individuals back to China from abroad and to aid Chinese authorities in resolving civil disputes in favour of Chinese parties”.

The advisory further said that the US citizens under a ban may be “harassed and threatened” and “may be detained without access to US consular services or information about their alleged crime”. They could also face “prolonged interrogations and extended detention for reasons related to ‘state security’.”

The rights of foreign nationals in China have received renewed focus because of public concern over the fate of three US citizens accused of committing “economic crimes” in the country. They were barred from leaving China in November.

Victor and Cynthia Liu, who are the children of a fugitive businessman, and their mother, Sandra Han, have reportedly been detained since June.

Meng faces extradition to the US to face fraud charges, which she denies, that were linked to allegations of avoiding the US sanctions on Iran.

Canadian newspaper, the Globe and Mail, reported that China had detained 13 Canadians since Meng’s arrest. Eight of them have since been released.

Former Canadian diplomat Michael Kovrig and businessman Michael Spavor were among those detained by China as relations between the two countries worsened. Beijing, however, said the detention of these two men was not linked to Meng’s arrest, but analysts called it a “tit-for-tat” action.

The pair face accusations of harming national security. On Thursday, China’s top prosecutor said they had “without a doubt” violated the law.