Pakistan Prime Minister Imran Khan was left red-faced while addressing a gathering at a community event in the US when pro-Balochistan activists started raising slogans, demanding an end to human rights violations. Several campaign vans with the message of Free Balochistan crisscrossed across the capital creating awareness about the issue.

Speaking at Washington’s Capital One Arena on Sunday, Khan said that a ‘Naya Pakistan’ was being created in front of people’s eyes.

“People ask where is ‘Naya Pakistan’, it is being created in front of your eyes,” The Dawn quoted him as saying.

While Pakistanis cheered their Prime Minister, a group of Balochistan activists disrupted his speech and raised slogans seeking justice for the region and an end to the human rights abuses there.

In a Twitter post, the World Baloch Organisation wrote: “We urge President @realDonaldTrump to help ensure an end to #EnforcedDisappearances, torture and extra-judicial killings by authorities in Pakistan.”

Khan reached the US on Sunday on his maiden trip for talks with US President Donald Trump and to refresh and rebuild bilateral relations. 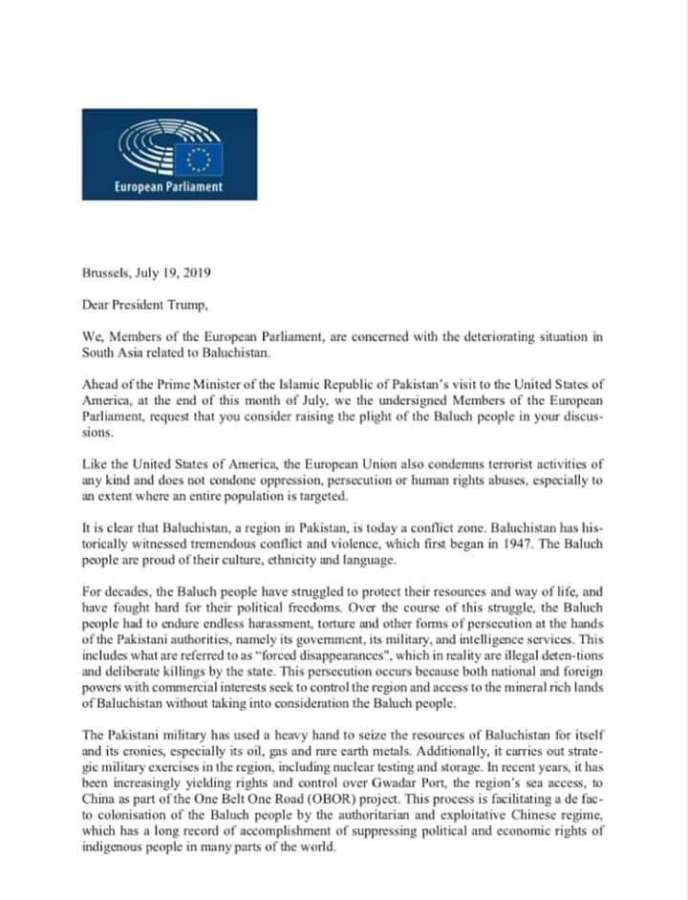 Earlier,  10 Congressmen wrote to President Trump on HIV positive cases and forced illegal conversion of minority Hindu & Christian girls in Pakistan to Islam! 16 members of the European Parliament also wrote to Trump about the deteriorating situation in Balochistan.

Baloch groups launched an awareness campaign in Washington DC in a bid to highlight the alarming human rights situation in Pakistan.  As part of the campaign mobile billboards outside the White House and Capitol Hill are urging President Trump to help ensure an end to Pakistan’s human rights abuses particularly enforced disappearances in Balochistan. Earlier similar billboards were  seen outside and the Capital One Arena where Pakistan’s Premier was attending the largest ever gathering of Pakistani’s overseas. The billboards are said to stay running during Imran Khan’s 3-day official visit, World Baloch organisation said in a statement.

The campaign aims to bring to the attention of the US administration and the American taxpayers the blatant misuse of billions of dollars worth of US Aid in which economic and military aid provided to strengthen the fight against terrorism was instead used in the persecution of secular and progressive people in Balochistan who have been struggling for their basic human rights for decades.

The campaign urges the US administration to ensure US taxpayers money is not being diverted to crush peaceful, political voices of ethnic and religious minorities in Pakistan. 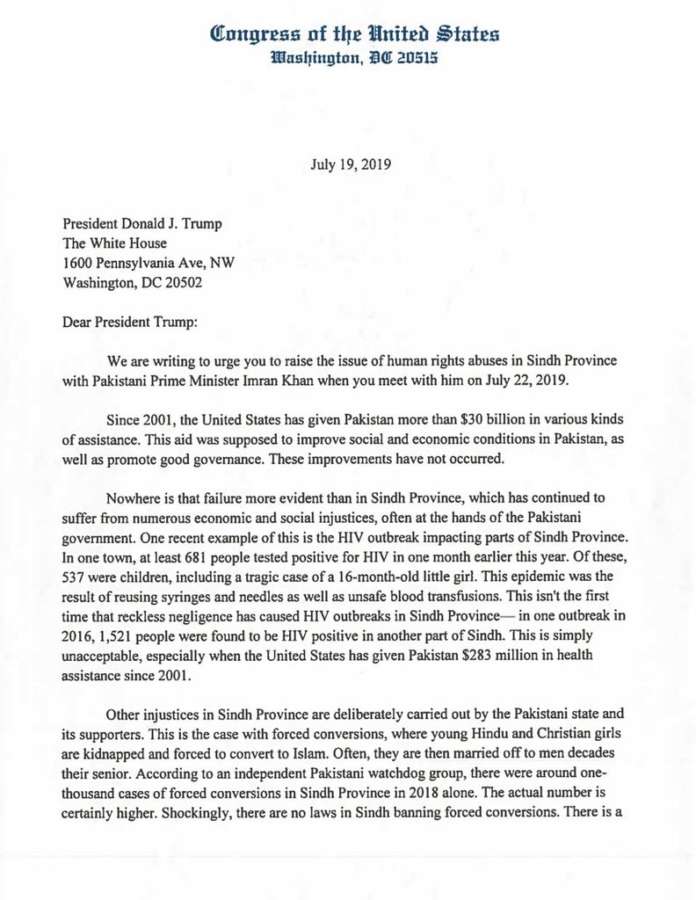 The World Baloch Organization and Baloch Republican Party, the groups behind the campaign, have recently carried out a full-fledged campaign in the United Kingdom, during the Cricket World Cup.

According to official Pakistani figures, 5000 people have gone missing within the last ten years after being abducted by the state forces. Unofficial figures put the number much higher, up to 20,000 from Balochistan alone where Pakistani forces have been involved in a continuous military operation to counter the Baloch people’s struggle for rights, justice and equality.

Ethnic groups and religious minorities like the Baloch, Sindhi, Mohajir, Pashtun, Ahmadi, Shia and others are the primary victims of illegal abductions & enforced disappearances in Pakistan.

The organizers of the campaign have long been engaged in efforts to highlight the worsening human rights situation in Balochistan at international platforms, organising events around Europe and in the United States and focusing on advocacy activities in the European Parliament, the US parliamentary houses, and the United Nations.